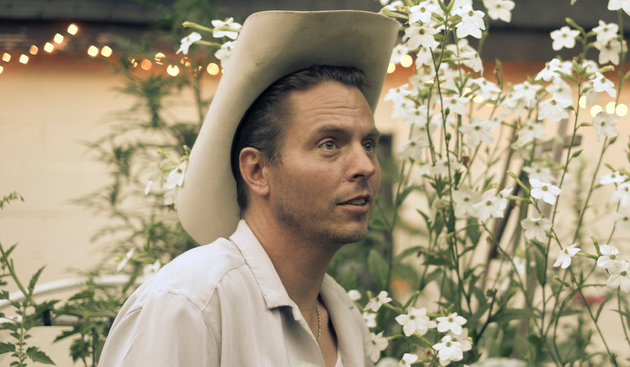 In a world of plastic banana music monkeys, Bradford Lee Folk is the real deal. Spending his days on a tractor or in a field as a farmer and rancher, and his nights picking out tunes in one of Nashville’s few remaining venues that still accommodate authentic bluegrass music, Bradford Lee Folk is a lifer when it comes to scratching out an honest living in the traditional agrarian style that puts character in your blood and authenticity behind your music.

On April 15th, the former frontman for the Rounder Record’s signed bluegrass band Open Road will be releasing his latest title called Somewhere Far Away through Hearth Music. Though mostly a bluegrass affair, you can also hear the chutes of country roots and Americana poke through his energetic approach. Once a mainstay of Colorado’s independent bluegrass scene, Bradford moved to back east to cause a rumble right in the belly of the beast in Nashville, TN, supported by his skilled and hungry Bluegrass Playboys.

The lineage of bluegrass from legendary bands like Flatt & Scruggs is in good hands with Bradford Lee Folk and the Bluegrass Playboys, and nowhere is that truth more evident than when listening to their song “Foolish Game of Love” off Somewhere Far Away. And you can hear it here first before the rest of the world.