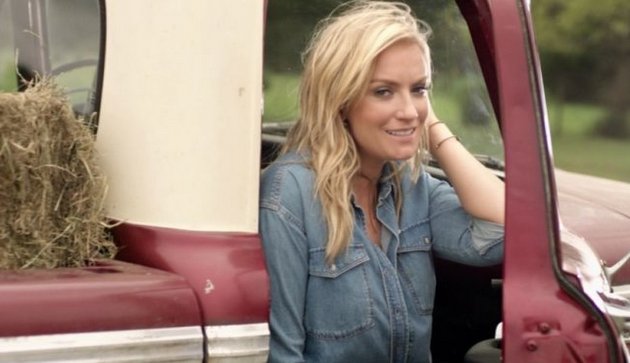 There’s bad. And then there’s immediately clasping your hands over your ears and running away screaming while you attempt to reason how something so vile could ever be proffered for human consumption, and use its mere existence as Exhibit A for why the American culture has gone completely to hell in a shit basket. Clare Dunn’s new single “Tuxedo” rounds out to be the latter version.

One maxim that you can apply to most modern mainstream country music is that melody has been replaced with rhythm, and story has been replaced with lists. Aside from some selections from country music’s Bro-Country era, Clare Dunn’s “Tuxedo” might be the perfect example of this trend, while giving us the best specimen of a female version of Bro-Country we’ve heard heretofore: Objectification, lists of qualifiers of what makes someone or something country and cool, and the employment of Ebonic annunciations straight out of the playbook of Tyler Hubbard from Florida Georgia Line.

“Tuxedo” scores straight A’s and checks all boxes on the terrible music depth chart, even though it would have been nothing worse than forgettable if it wasn’t for the horrifically monotone verse layout that has less topography than the Bonneville salt flats, and sounds like it’s being sung by the cracker version of Nicki Minaj.

You want to get on the wrong side of authentic music listeners? Culturally appropriate someone else’s native tongue to try and lure in the widest possible mainstream audience. If I want to hear urban attitude belching out of my speakers, I’ll turn on the hip hop station. I don’t need to hear this from the same artist whose trying to market authenticity by telling me she was raised on a farm, while the rhythm section behind her shallow and stereotypical countryisms on what makes the perfect man keeps switching to a drum beat composed on a Tascam.

The video reinforces the shallowness of the entire thing by renting a underwear model from a Calvin Klein shoot to play Clare Dunn’s bronkin’ buck, and having Clare strap on a Telecaster, which she clearly requested a mirror for instead of an amplifier since the damn thing isn’t even plugged in. Instead of portraying real life on a working farm with piles of manure and unpaid bills, Dunn’s hair is perfectly plumed and wind-whipped, while a dab of sweat in her Maybelline foundation would have caused the whole production to stop down. Even the horses in the “Tuxedo” video know these people are assholes.

“Tuxedo” is not the way to re-integrate women into mainstream country, it’s the way to keep them subservient as willful participants in trend-chasing. This pandering to radio may work for Kelsea Ballerini, but Clare Dunn seems like too much of an unknown quantity to have “Tuxedo” cut through. If you sell out, it better work. All Clare Dunn’s “Tuxedo” inspires is a hay allergy.