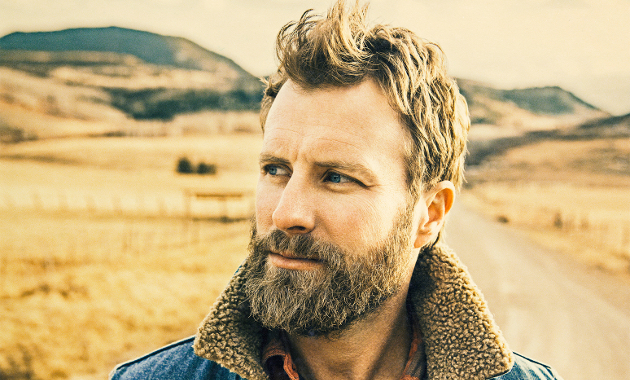 Wait, so the Mumford & Sons sound is hot again? Does that mean I can unearth my suspenders and paperboy cap and hit on college chicks in intellectual coffee shops once again by dropping references to Lumineers lyrics?

Okay I kid, but this new Dierks Bentley song definitely has a decidedly Mumford feel to it. And hey, when you’re talking about popular country, that’s also a decidedly positive step forward compared to the rest of the field.

“Woman, Amen” is the first complete song to grace our ears since Dierks experienced his vision quest whilst among the mountains of Telluride, CO—rekindling his bluegrass roots, communing with nature, sprinkling fresh blueberries and certified non GMO rolled granola over a bed of Greek yogurt for breakfast every morning, and not shaving and showering for days. I mean jeez Dierks, could you at least re-apply your Right Guard? The studio is beginning to get a little musty in here.

Look, one of the things you can most count on from Dierks Bentley is that one of the first singles he releases from a new album will be the worst track on the entire record. This maxim is about as true as the changing of the seasons. And so if “Woman, Amen” is the low point on The Mountain, then we’re doing quite well, thank you very much.

One thing to be infinitely happy for is the fact that “Woman, Amen” did not turn out to be one of these mawkish and opportunistic female empowerment songs like the first glimpse at the title made you fear, a la Keith Urban’s “Female” and other unfortunate offerings. Instead “Woman, Amen” is sort of a love letter to Bentley’s wife, which will be much less offensive to many distinguishing listeners, even though the writing frankly feels pretty stock. It was also been revealed this track was one of the few Dierks Bentley didn’t scribble on a scratch pad between completely legal bong rips in the confines of liberated Telluride. He wrote it back in The Nash with frequent collaborator Josh Kear, and in the questionable company of producer Ross Copperman.

But the fate of “Woman, Amen” will rest on the driving pulse of this track, and the infectiousness of the “oh oh!” melody, not the writing. Will this 2014 model still hold weight among 2018 listeners? It was a similar approach that made Riser such a breath of fresh mountain air in the mainstream when Dierks released the record in 2014. Yeah, it wasn’t Jason Isbell, and it certainly wasn’t lock step “real” country. But it was real nonetheless, at least mostly, and this sound which can be found again in “Woman, Amen” is much more appetizing to hear Dierks fall back upon as opposed to doubling down on the much more putrid efforts of his last record, Black.

The Mountain will likely have more rootsier tracks than this. Even more than normal, it’s not fair to judge a Dierks Bentley project on just one song, especially the first one. “Woman, Amen” feels a little safe, a little light in substance, and will even be a little annoying to some with the “oh oh’s!” But it’s innocuous at worst, an earworm at best, and warmed over Mumford or not, it’s much better than its peers on pedestrian mainstream country radio.