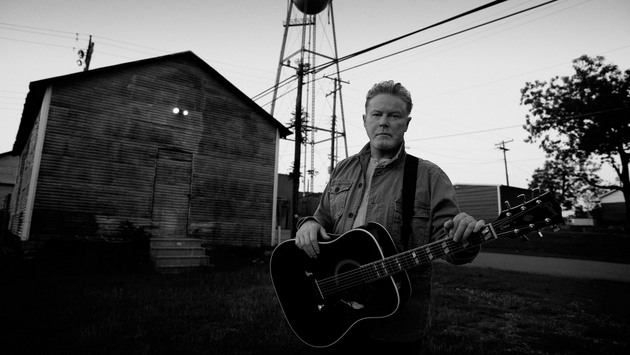 When we heard the news that Eagles drummer, songwriter, and singer Don Henley was making a country record, there was a few ways this thing could go. The impact of the Eagles on American music, including country music specifically, has been unquestionable. But just how to frame that impact, positive or negative, depends on who you speak to. Don Henley’s solo output has also been a fairly polarizing proposition over the years, with some of his successful non-Eagles output in the 80’s veering towards yacht rock.

Calling his new solo album Cass County a “country” record could just be the branding mechanism for another run-of-the-mill Don Henley solo release, or he could be joining the parade of aging rock-gone-country washouts looking to cash in on country’s recent popularity (and rock’s lack thereof). Or who knows, the Eagles had some twang back in the day, and he could surprise us with the classic styling of the release.

Word that Henley was collaborating with a big handful of famous folks on the album seemed to make the proposition a little more dicey. Merle Haggard said about his contribution that Henley wanted it so perfect, “I was just about ready to tell him to go get fd, but we got it.” Another pre-released song ahead of the proper album out September 25th called “That Old Flame” with Martina McBride was fine, but was a little too ambiguous to offer any further insight on what we might hear from this new record.

Then here comes his duet with Dolly Parton on the old Louvin Brothers song “When I Stop Dreaming.” One of the few covers on the record, both Don and Dolly have a personal history with the song. Henley remembers hearing it when he was growing up as an eight-year-old in 1955, when the song was originally a top 10 country hit. It seems like every artist when they decide to “go country” cites their country upbringing, and Cass County in Texas where Don Henley grew up certainly is country. But covering this song was Don Henley’s way of reinforcing that bond to his past, not just paying lip service to potential critics.

Dolly also has a history with the song. She used to sing it with Porter Wagoner as part of his repertoire. The Louvin Brothers are never given their due for influencing the prevalence of harmony in American music, in country and rock, and “When I Stop Dreaming” is an excellent example of the Louvin’s lasting impact.

The Louvin’s wrote the song and released the original version, but Don Henley and Dolly Parton may have just laid down the definitive take of it, at least of the last 50 years. Styled and produced in a strikingly traditional manner, the waltz beat and solemn story are embellished with caring and personal performances from Henley and Parton. The range of the now 69-year-old Dolly is tested on the track—she had to “rare back and get it” as she says. But she got it. And just like the Louvin’s, Don and Dolly’s phrasing is dead on synchronous.