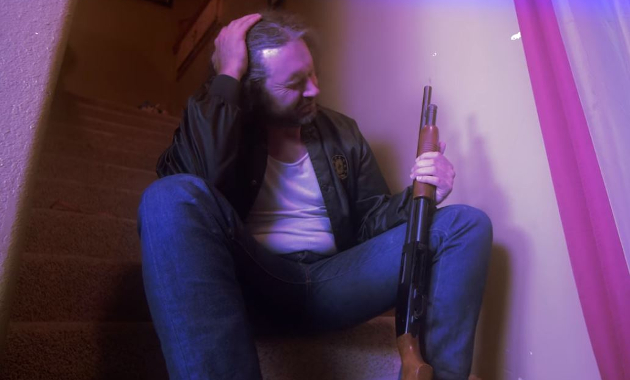 In the last half decade, the once mighty underground of country music that birthed some incredible music and a rousing insurgency has virtually evaporated into thin air, with the last remaining vestiges slunking back into local bar scenes if not retiring altogether, while some of the better stuff has been swallowed up by the fringes of Americana.

But once upon a time the underground was the place to find the real and raw version of country the mainstream didn’t want you to know about, where the cautionary tales of Johnny Cash’s “Cocaine Blues” and Hank Williams Jr.’s “OD’d in Denver” inferred songwriting heavily laced with drug references, yet still carried the soul of storytelling lost in the mainstream’s cleansing of the roots. Sure underground country was a fun romp from all the hard language and illicit substances, and was doomed to fall under its own weight as scuzzy copycats just looking for the party dragged it down. But regardless of one’s blood toxicity, the best stuff from the era held up from not from the substances enumerated in the verses, but the substance behind the storytelling.

Some may look at Hellbound Glory as a has-been of the post-Hank3 punk-gone-country era who should probably have hung it up years ago, but when you have 125 people dying of overdoses every day in America, and opioid abuse up nearly 800% since Hellbound Glory’s posted its 2010 opus Old Highs & New Lows, songwriter Leroy Virgil’s songs and message may be more relevant than ever. In fact the pill references in earlier Hellbound songs darn near foretold the epidemic we’re seeing today.

Hellbound Glory’s latest record Pinball comes across as brash and unapologetic, and it’s underpinned by one of the highlights of the project, the song “Hellbound Blues.” With lines about kilograms “whiter than the Ku Klux Klan” and pleadings to “nuke the whales,” it’s just the right amount of brash dissonance to be completely misunderstood by the politically-charged tight asses, while making for one hell of a ride for Hellbound devotees.

But at the heart of the song is how the scourge of addiction can rule and ruin one’s life, especially in the throes of the dark hours where the devil’s idle hands are hardest at work, and the demons well up in lost souls looking for comfort from incurable heartache. “All the things you’ll do to try to get through the night before the night gets through with you,” Leroy Virgil wails in the chorus, while the video for the song portrays a cocaine robbery that reaches critical mass when Leroy’s partner in crime ODs, and Mr. Hellbound decides to emulate his fellow Aberdeen, Washington native and go out Kurt Cobain style.

Leroy Virgil has thrown away better songs than most songwriters have written in their lives, and the hilarious yet poignant lines of “Hellbound Blues” is further evidence. The video was shot by fellow underground country survivor Bob Wayne, who also released a record earlier this year called Bad Hombre. The visual adaptation of “Hellbound Blues” captures the chaos and hard-pounding energy of the song just about perfectly.

UPDATE: Due to some concerns from folks about the graphic nature of the video, Leroy Virgil has posted a follow up video.