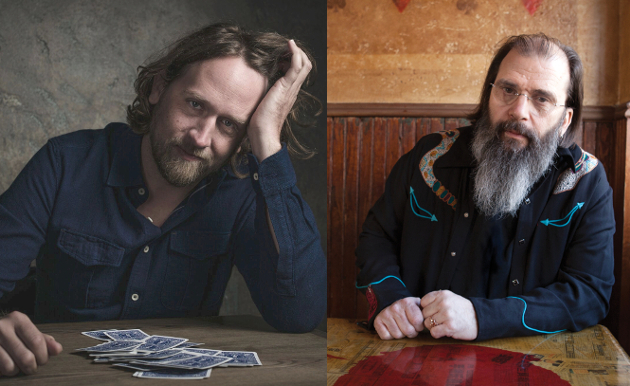 Let’s call it what it is at this point: Steve Earle is going scorched earth. Ahead of the release of his latest album So You Wanna Be An Outlaw, the 62-year-old alt-country songwriter isn’t just refusing to pull punches, he’s looking for targets. He already tussled with a Canadian reporter in defense of Canadian artist Colter Wall, and at the expense of songwriter Richard Buckner. And now in another foreign periodical, he’s taken on a whole host of new adversaries, including the new trend of including hip-hop elements in country.

Speaking with Simon Hattenstone of The Guardian, when asked the ultimate set up question of what he thinks of today’s country, Steve Earle responds,

“The best stuff coming out of Nashville is all by women except for Chris Stapleton,” Earle responds. “He’s great. The guys just wanna sing about getting fucked up. They’re just doing hip-hop for people who are afraid of black people.”

It’s a bit hard to argue with that assessment, except you perhaps could broaden your people doing good music beyond Chris Stapleton. A few of the other targets of Earle in the interview will probably be more controversial. When the topic of British Premier League Soccer comes up, Earle, who is apparently a big fan of Arsenal, slams former Oasis member Noel Gallagher when Manchester is addressed, while equally praising someone better, which appears to be Earle’s preferred style of take down.

“I dislike Man City because it is Oasis’s club,” said Earle. “Noel Gallagher is the most overrated songwriter in the whole history of pop music. They were perfect for the Brit press because they behaved badly and got all the attention. Blur were really great. That guy Damon Albarn is a real fuckin’ songwriter.”

The Steve Earle ire hit a little bit closer to home when he criticized the new husband of his former wife and fellow songwriter Allison Moorer. Moorer and Earle have an autistic child together, of which a bulk of the new Guardian article spends its time on. But it’s his slam of Hayes Carll, who is the current partner of Moorer, that made the headline of the piece.

“She traded me in for a younger, skinnier, less talented singer-songwriter,” Steve Earle says of Moorer, and Hayes Carll.

Of course all of this overshadows the fact that Steve Earle’s new album comes out on June 16th, or perhaps it shines a greater spotlight on it. Competing with Jason Isbell’s new record The Nashville Sound in a very similar space in the alternative to country, Earle will need as much attention as he can get. And he’s apparently not afraid to try and get it at other people’s expense, or by doing something you’re not supposed to do in music: being brutally honest no matter the consequence.