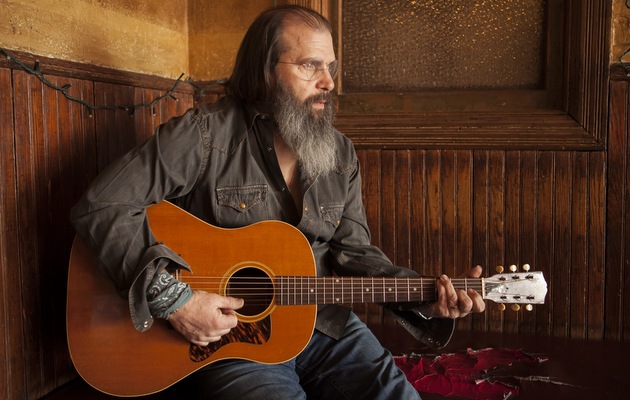 So the elder Earle wanted to make himself a traditional blues record, huh? Well, not that I don’t defend his right to do whatever he wants as a music artist, but it doesn’t make it smart or sensible or gainful or right. It’s a little self-indulgent, frankly, don’t you think? At least on the surface that is. What do we need Steve Earle making blues records for? Are there not enough of them? Wouldn’t the blues be better handled by career bluesmen? Wouldn’t the listener find something more authentic thumbing through the Fat Possum catalog or the collection from some old Memphis recording studio?

Hell even a white boy like Scott H. Biram who’s been singing the blues for years, or someone like Johnny Winter who spent his life studying the discipline could hypothetically pull off a better, more authentic blues record. But we’re entering an era where some of our music heroes seem to be searching for a way to re-energize their enthusiasm in their own music. Steve is making a blues album, Robert Earl Keen is off recording bluegrass standards, and Aaron Watson is covering John Mayer. Meanwhile you can’t drive your car through a college town without a cattle guard on the front to knock away all the suspenders-wearing string bands populated by anthropology majors. Whatever happened to authenticity being one of the basic building blocks of music, and everyone else sticking to rock and roll?

No matter what Steve Earle does, we’ll always have those late 80’s gems that went onto help create an entirely new sub-genre of country music regardless of how forgettable an album here or there may turn out to be. Remember the time Neil Young was all off into electronic music back in the 80’s? Of course you don’t, that’s my point.

So that’s where we’re at with music in 2015. Authenticity is, well, arbitrary, and maybe we should just accept Steve Earle aping the inflections and modes of an old black man and just worry more if we enjoy it or not. It’s not just that he’s playing blues music, it’s the old poor black man affectation in his voice. This is one of the unsavory parts of the ‘Americana’ movement that is otherwise a bastion for creativity—it’s populated by a very predominately white and over-educated audience listening to other intellectual whites sing about the struggles of blacks and the under-educated poor.

Or maybe when it comes to Steve Earle singing the blues, it’s more complicated than that.

“Lightnin’ Hopkins once said, ‘The blues is something that’s hard to get acquainted with. Just like death.'” Steve says in the liner note introduction of this album. “Then he declared with his very next breath, ‘The blues dwell with you each and every day and everywhere.'”

Earle goes on to say, “I’ve only ever believed two things about the blues: one, that they are very democratic, the commonest of the human experience, perhaps the only thing that we all truly share and two, that one day, when it was time, I would make this record.” 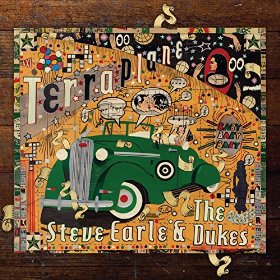 Okay, so maybe it’s not fair for one to judge Steve Earle for making a traditional blues album even if he’s on the outside looking in to the discipline. Because as he states through the immortal words of Lightnin’ Hopkins, the blues is actually more universal, and this aching to make a blues record has been building and gestating in him over time to the point where his efforts will be well-seasoned and worthy.

And really, that’s what you get with Terraplane—yes, it’s a leftist white dude waxing like he was weened in the Delta land, but it’s also really well done, and interpreted authentically enough to where it is respectful, and most importantly, entertaining.

Steve Earle wrote all of these songs, which is remarkable in itself. This dalliance would be a lot less palatable if he was covering “Mustang Sally.” But the first song plays right into the concerns of Steve Earle as blues impersonator with lines so hokey and nonsensical, you wonder if it’s on purpose, clued off by the silly title “Baby Baby Baby (Baby).”

I got a girl that live way down South

A little town they call ‘Shut my Mouth…’

Got me hangin’ on the telephone line

If this is humor, can we at the same time also call it reverent interpretation? But as Terraplane rolls on, Steve Earle makes you recognize his deep respect for the blues, most notably on a song called “The Tennessee Kid”—a mouthful of rolling prose working in the classic blues framework of a player who sells his soul, but revitalized by Earle’s meritorious effort. You can tell right off the bat this song is destined for top billing in Earle’s entire body of work, and the parallel between selling your soul to the devil and signing on the dotted line on Music Row shouldn’t go overlooked.

“Gamblin’ Blues” and “The Usual Time” are other notable tracks that really hit on the perspective one needs to authentically interpret the blues, and though it’s probably the least bluesy of the songs, “Go Go Boots Are Back” also stuck out as one of the more enjoyable songs. “Baby’s Just As Mean As Me”—a duet with Elanor Whitmore—was another of Terraplane‘s takeaways, both classic and renewed.

Officially this is an album with The Dukes—the name of Earle’s on again and off again backing band, and the contributors are a big sum positive for the effort. Elanor Whitmore and Chris Masterson (who have their own ‘The Mastersons’ project), producer R.S. Field, the rhythm section of Kelly Looney and Will Rigby, and engineer Ray Kennedy create an album that feels real, gritty and in the appropriate era without being overly saddled with tape hiss or silly techniques to make it sound old that will feel like slimy trend faux-pas years from now. And as has been the case with a few of Steve Earle’s recent records, the cover art by Tony Fitzpatrick is an asset.

More interpretive than authentic? Sure. A little self-indulgent on Steve’s part? Maybe. But you don’t have country, and you don’t have rock without the blues. And without Steve Earle, you don’t have country rock, at least in the same capacity as it stands at today. Steve Earle has been making blues records for years. It was just the more evolved, modern version of it. To know where music is going, you have to know where it came from, and Steve Earle evidences a studious and heartfelt testament to his devotion to an irreconcilably important foundation of American roots music in Terraplane.