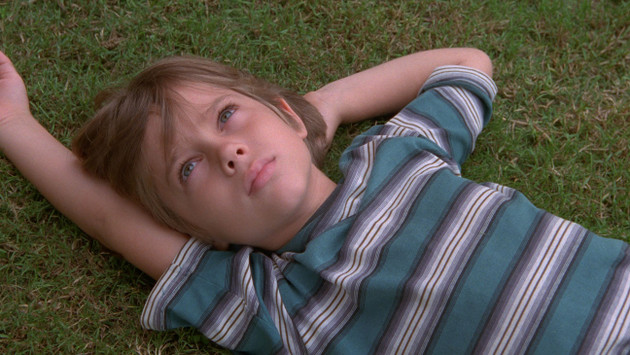 “I kind of feel like we’re pirates. We weren’t supposed to be here.” – Boyhood actor Ethan Hawke on the Oscars red carpet.

With a win for Best Picture and Best Director at the 2015 Golden Globes, and considered by many movie pundits as the favorite for Best Picture at the 2015 Oscars, it was a shock to many that Boyhood did not walk away with Sunday night’s top prize. The movie that follows a young boy and his family for 12 years has received some of the highest rankings by critics and fans alike ever seen for a film. But it was Birdman that was named the winner, once again stirring criticism about Hollywood rewarding movies that are about movies and acting over films that relate more to the general populous. Along with the 2012 winner Argo, and 2011’s winner The Artist, three of the last four years have seen movies involving movies in the plot win the Best Film Oscar.

Nonetheless, with the wins at the Golden Globes, the nominations for Best Film and Best Director at the Oscars, and Patricia Arquette winning for Best Supporting Actress, the independent and low-budget Boyhood arguably defines the grandest achievement of the great Austin, TX creative experiment, and a triumph of American independent art. The film, its director and Austin resident Richard Linklater, and its distributor IFC (formerly Independent Film Channel), proved that even in this late stage of the metastasizing of the American identity to corporate control of all aspects of life, including art and culture, the right idea, and the perseverance of independent art can still succeed.

Boyhood shouldn’t go unrecognized as an important moment and inspiration to all independent artists that the highest industry accolades can still be achieved. And creativity, not just commercial performance, can still be considered as a worthy measurement in society at large.

In 1991, Richard Linklater made his first film of note called Slacker, chronicling the doings of various Austin, TX characters in a single day, and did so on a budget of less than $25,000. At the time Austin, TX was a creative enclave, but not the one people love to rave about today. It was cheap compared to other desirable cities to live in across the United States, it was a fairly small city, and relatively unheralded to people outside the Texas consciousness.

The explosion of The Outlaws of country music and the greater music scene in Austin in the mid 70’s certainly helped set Austin, TX on its path toward both its creative and independent destiny, but Linklater’s Slacker is where the “weirdness” of Austin, TX was put on display for the rest of the world. Slacker became a cult hit, and the film was subsequently selected by the National Film Registry of the Library of Congress in 2012 for being “historically and culturally significant”—all for a flick that barely made a million dollars in revenue. 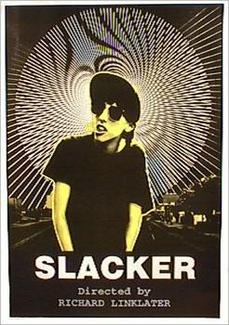 But then the secret of Austin, TX was out. When Slacker was shot, the population of Austin was near 470,000. Today that number has nearly doubled, not counting the massive explosion of Austin’s sprawling suburbs. Many of the locations in Slacker are now unrecognizable from the incredible growth the city has experienced, much of it from retiring baby boomers and transplants from California and other destinations looking to experience the creative energy of Austin, while at the same time inadvertently suffocating it.

Entertainment corridors are being encroached upon by condominium developments full of residents ready to complain about the noise from nearby music venues, or the weirdness of Austin’s homeless and bohemian populations. Older, affordable housing is being bulldozed to erect new expensive high occupancy residences that strain the city’s infrastructure. And next thing you know, much of the artist population is being forced to move out, the city is struggling to keep its creative identity, and the location for Slacker and many of the scenes in Boyhood has become the worst city for traffic in the United States according to some studies. When MTV’s The Real World set up shop in Austin in 2005, Austin’s creative and independent beauty was once again exposed, and eventually exploited on the national stage.

But now Austin and independent art can add Boyhood on its list of achievements, and one that Austin, TX may find hard to top with the challenges its creative community faces. Luckily, Richard Linklater and many others in the Austin creative consciousness were able to take root in the city before the its difficult price points became an all too familiar reality for many in the artistic population.

Boyhood also has a strong music component that parallels Austin’s music legacy. Though it opens to Coldplay’s super hit “Yellow,” and the film’s theme song is “Hero” by California band Family of the Year, there are many songs, snippets, and moments that have strong ties to the Austin music scene and the roots music in general. Some of these include:

”Austin Musician Charlie Sexton plays Mason Sr.’s (Ethan Hawke) roommate and friend. He makes two appearances in the film. One is fairly early on after Mason Sr. takes Mason and Samantha to a Houston Astros game, and brings them back to his apartment. The second is when Mason Sr. takes Mason Jr. to a gig at Austin’s legendary music venue Antone‘s after his graduation. NOTE: Antone’s has been forced to move a number of times, and since the filming of Boyhood, which featured its East Riverside location that was only open for about a year, it has since been mothballed completely, hoping to open again in the future, and highlighting the struggles of Austin’s legacy creative infrastructure.

”Old Crow Medicine Show‘s song “My Good Gal” is featured in the film.

”Dale Watson‘s “I Held Onto My Pride And Let Her Go” plays during in the scene where Mason is gets his head shaved by a redneck barber.

”The Austin Steamers perform “Old Black Crow” at Austin’s legendary Continental Club during the later portions of the movie when Mason and his girlfriend are exploring Austin.

”Texas artist Freddy Fender‘s song “Que Mala” is featured in the later portions of the film.

”And Charlie Sexton‘s “The Dog Song” is performed at the above-mentioned Antone’s venue.

Unfortunately, the music industry doesn’t enjoy the same equality for quality and creativity as the movie industry does. Boyhood being nominated for Best Picture at the Academy Awards would be the music equivalent of Sturgill Simpson or Jason Isbell being nominated for the Best Album Grammy. But Boyhood, even without a win, elevates the perspective of the public about independent art. A couple of years after Richard Linklater’s Slacker, music artist Beck released a single called “Loser.” In 2015, Beck won the Grammy for Best Album for a work he recorded before he even had a label to distribute it.

Independent film, independent music, and independent art can still persevere, and even reach the topmost tier of the industry, if it is given a chance, and if it’s given a place to foster.