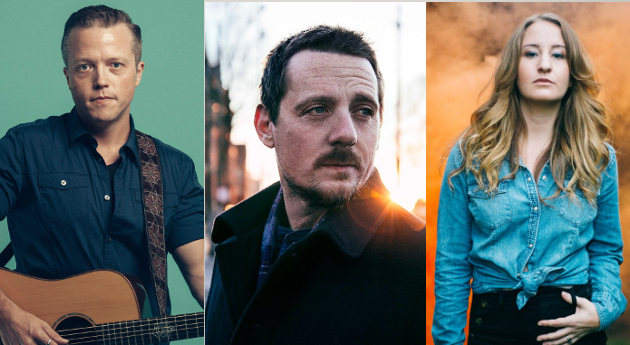 Some benefit concerts are humbled to have whomever they can get to grace their stage and contribute their talents to the cause. When it comes to the over 30-year-old Tibet House US Benefit Concert held annually in New York City, it’s a humbling experience for the artists asked to play due to the prestige of the opportunity. David Bowie, Paul Simon, R.E.M., and Emmylou Harris are just some of the past performers at the world-renown benefit. In 2019, the lineup will have a distinctly roots and Americana flavor.

Held at Carnegie Hall’s Stern Auditorium on the Perelman Stage, the event sells out every year (including this one). Proceeds go to the Tibet House US, which is a non-profit educational institution and cultural embassy founded in 1987 by the Dalai Lama to ensure the survival of the unique Tibetan civilization troubled under the Chinese government. A large dinner reception and other events occur around the benefit concert as well.

Jason Isbell and Sturgill Simpson are commonly mentioned in the same breath for being international stars from Nashville who rose to fame without the aid of radio or the Music Row system. Though they’ve performed together rarely, it’s often magical when they do. Sturgill Simpson also once played in Margo Price’s band, and has performed with her at the Ryman Auditorium. Put them all together on stage with Nathaniel Rateliff and others, and memorable moments will ensue.