Sundy Best Blows Up with “Bring Up The Sun” 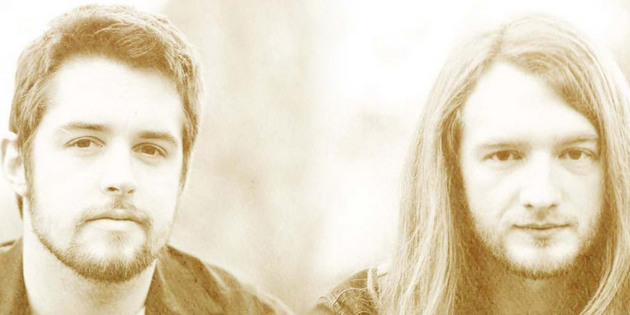 Early on in the Sundy Best story, I was tipped off to the Kentucky duo and handed some demo songs and such, but I didn’t really know what to make of them. The first song on their 2013 released Door Without A Screen called “Kentucky Women” makes reference to Southern drawls, moonshine, and chicken frying, almost like they were wanting to bark up the whole laundry list/bro country tree. Then when you read their literature, there’s references to 70’s classic rock, and wanting to emulate the work of The Eagles, Bob Seger, and Tom Petty.

Top that with the fact that one of the two players of the band Kris Bentley is solely responsible for playing the cajÃ³n: a sort of primitive meets modern percussion instrument from Peru that has six sides and various tones a player can produce by slapping and pounding on it with his or her hands. It’s a cool instrument to whip out in drum circles, guitar pulls, and college parties when a drum set would be overkill, but what kind of impact could it have in the country or rock world? It’s considered by many to be a hippie instrument—sort of gimmicky, despite the cool nature of the groove a skilled cajÃ³n player can set.

So here’s this strange, two-piece kind of rootsy rock college party duo with some interesting songs, but not really knowing what to make of them or how they would fit into the musical world puzzle, I put them on a shelf to see what developed later. Well lo and behold, they’re latest album released March 4th called Bring Up The Sun blew up and charted at #11 on the Billboard Country Albums chart, speaking to the resonance and camaraderie this band has forged with their loyal fans that have been flocking to venues to see this offbeat duo’s stripped-down, acoustic show, but one that is able to create a much bigger atmosphere than the sum of its parts. 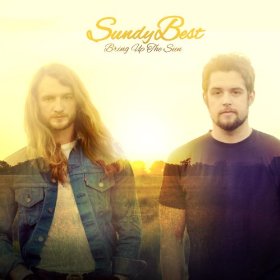 Sundy Best ended up being just crazy enough to work; a unique approach that struck a chord in this very time and place to help define what is relevant instead of trying to follow it. And similarly with other bands of young men out to have a good time first and letting the business of music follow (like the Turnpike Troubadours, the Dirty River Boys, and The Whiskey Shivers), the honest, good time and heartfelt approach to their music is quite infectious with their fans.

Bring Up The Sun features mostly what you will hear from the band live, but tasteful, electric overdubs grace just about every track. To be honest, some of my original concerns about the sound of this band still remain after listening to the album, even after weighing in the band’s undeniable success. The sound just sounds a little shallow. Even with the overdubs, you find yourself wanting a little bit more from the music. What insulates Sundy Best somewhat from this concern though is how good their live show is. When you’re able to rock an entire club sized venue with just an acoustic guitar and a cajÃ³n, then the album will offer so much more to their sound and come across as much more vibrant and complete.

The songs of Sunday Best is where the real magic of the band resides. They are able to strike that balance between accessibility and substance that is critical for bands who want to be successful, but still hold onto themselves. Remember me saying some of those early Sundy Best tracks were a little bit shallow? Well Bring Up The Sun certainly shows maturing and improvement from the band. They touch on so many thematic textures throughout their music, from happy songs that makes you feel good without it feeling like a guilty pleasure, to really deep, touching tracks about heartbreak and self-discovery. This is a young band, and they deserve a little slack. They’re no Townes Van Zandt or Guy Clark, but their songwriting serves them well, and hints on improving as time goes on. They’re in a period of self-discovery, and if you sign on to be a Sundy Best fan, you’re signing on to go on that journey with them.

I kind of wish Bring Up The Sun didn’t include fifteen tracks, because by the end, especially with the limitations of the two-piece setup, the sound lagged a little bit in places. At the same time, there’s a full album of songs here that are easy to fall for. Is it country? Is it classic rock? It’s sort of a hybrid. They may talk big about wanting to emulate Bob Seger, but these boys can’t hide their Kentucky Roots.

Sundy Best could be one of these bands that helps set the relevancy arch and really blows up. It’s sensibility with depth, a lot of energy, a great live show, and a promise of even better things in the future. The sweet bird of musical fortune is smiling down upon Sunday Best fondly.

Purchase Bring Up The Sun from Sundy Best