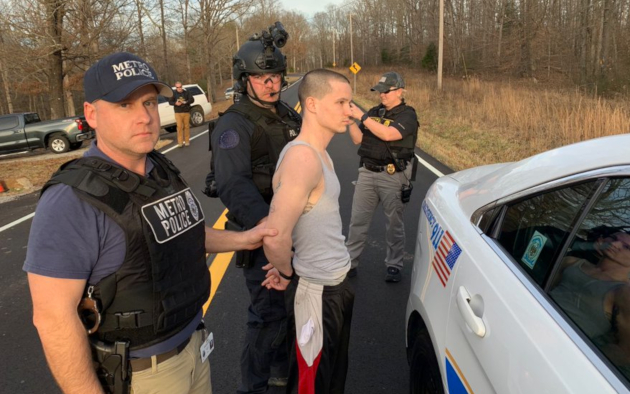 Find the original story below.

23-year-old Michael D. Mosley was wanted in connection with the killing of Clayton Beathard, 22, and Paul Trapeni III, 21, and the injury of a third man on Saturday, December 21st shortly before 3AM outside the Dogwood Bar in Nashville on the 1900 block of Division Street. All three men were allegedly stabbed by Michael D. Mosley, and were transported to Vanderbilt University Medical Center where Beathard and Trapeni later died. The third man suffered injuries to his eye and arm, but was treated and released.

Clayton Beathard is the brother of country music singer, songwriter, and Nashville native Tucker Beathard. Tucker signed to Big Machine’s Dot Records imprint in 2015, and later signed with Warner Nashville in early 2019. Clayton and Tucker are also the sons of Nashville songwriter Casey Beathard, who is known for writing songs for Gary Allan, Eric Church, Kenny Chesney, and others. Casey Beathard was BMI’s Songwriter of the Year in 2004 and 2008.

The incident between the men reportedly was instigated when the suspect made an unwanted advance towards a woman in the Dogwood Bar. The altercation became physical when the men exited the bar, and Mosley drew a knife. Mosley is charged with two counts of criminal homicide and one count of attempted criminal homicide.

Mosley was identified in surveillance footage released by police. Two other individuals have also been identified but not charged, and police are still looking for a fourth individual seen in the footage who could be connected to the incident. Michael Mosley has a criminal background (where the mug shot is from), and was currently out on a $5,000 bond for an attack on a 37-year-old woman in December of 2018. He was scheduled to appear in court on the previous charge in January of 2020.

Mosley is from Pegram, Tennessee, which is just west of Nashville. He was added to the The Tennessee Bureau of Investigation Most Wanted list, and anyone with information about the crime is asked to call Nashville Crimestoppers at 615-74-CRIME or 1-800-TBI-FIND.

Clayton and Tucker Beathard’s third brother is C.J. Beathard, who is the backup quarterback for the San Francisco 49ers. C.J. missed San Francisco’s Saturday night game against the Los Angeles Rams to return home to be with his family. The 49ers won the game, and dedicated the win to C.J. and the Beathard family. The grandfather of the brothers, and the father of Casey Beathard is former NFL General Manager and Hall of Famer Bobby Beathard.