The experience of attending the annual Folk Alliance International music festival and conference in Kansas City, MO is not one that could ever be compartmentalized in written form, or in any other form of media for that matter. The amount of talent, the enveloping experience, the purpose of it, and the positive results that happen there for music in many forms are not something that can be compared to your average festival, music industry conference, or really anything else. It’s like the most involved version of a “Choose Your Own Adventure” novel in the musical genre, and it’s simply something you dive into and try to take away as much as you can.

The results of each Folk Alliance are never determined the Monday after as everyone is trying to catch up on sleep and somehow summarize their feelings. Folk Alliance is the place that artists go to find representation and opportunity, and elements of the roots music industry go to bestow it as they search for talent. The biggest moment for an artist or an industry member might occur in a 30-second elevator ride as opposed to an official showcase, or one of thousands of performances in hotel rooms of Kansas City’s Westin Hotel over the four primary nights, going well past the 2 am hour. And sometimes it takes months, or years for the impact to manifest.

Regardless of why you venture to the gathering, and whether you win any direct value from it during or immediately after, a much greater understanding of the music sphere is definitely gleaned, and an energizing of musical passions is imparted, if you do it right. Concerns that it is just another pay-to-play gig for musicians—and most who attend won’t walk away with a new record or booking deal or a new client—these are measured against the moments when a magical connection is made and the stage is set for the next artist to come darting out of obscurity to entertain us all and enhance the musical experience.

The bands, artists, and information Saving Country Music gleaned and discovered at the 30th Annual Folk Alliance gathering will not be disseminated here in one swoop, but the experience will influence coverage for years to come as artists who attended emerge with new records, or get booked on tours and festival lineups.

However there were a few primary takeaways worth noting, including from many of the artists who participated in the Saving Country Music-sponsored Sweet Beaver showcase over the four nights, like Molly Tuttle, who made headlines in 2017 for being the first female Guitar Player of the Year from the IBMA, and who won International Folk Song of the Year for “You Don’t Call My Name” two hours before playing the Sweet Beaver showcase on Wednesday evening.

The future of Western Swing is in good hands with The Western Flyers, bringing a 3-piece authentic style of the often-overlooked subgenre to Folk Alliance. Led by Joey McKenzie (who you may recognize from years touring with The Quebe Sisters), and fiddle champion Katie Glassman, they made a big impression, including getting guitar legend Redd Volkaert to sit in with them for a set.

The Hackensaw Boys were playing punk gone bluegrass before punk gone bluegrass was cool, and they set the table for the untamed “trash folk” of Canadian Lisa LeBlanc at the Sweet Beaver showcase Thursday night. Rachel Baiman, who also plays in 10 String Symphony was all over the place over the weekend. Vivian Leva has one of the most anticipated records in 2018 coming with Time Changes Everything on Free Dirt records, and her showcase Friday night didn’t disappoint. Neyla Pekarek—also known as the cello player from The Lumineers–graced Folk Alliance with her presence playing in a solo spot. And bands like Adrian + Meredith, the funky Boogat from Canada, and the amazing Scottish dance folk of Talisk brought the energy to late night sets.

Other big discoveries beyond the hotel walls of the Sweet Beaver showcase were the astounding Next Generation Leahy. There are family bands, and then there is this family band. The thing about most family bands is that they come with an expiration date since the kids grow up and move on. But now spanning three generations of the Leahy family tradition, they’re getting the legacy going with incredible energy and composition, brilliant multi-instrumental acumen, and incredible traditional folk dancing to boot. Watching them is a marvel.

Another big takeaway was the the incredibly dynamic Wallis Bird originally from Ireland. Though quite progressive for traditional folk, she certainly grabs a crowd by the gruff and doesn’t let go. A show by her rolling through town should not be overlooked.

More within the country realm, Sarah Jane Scouten from Canada was everything you wanted her to be live after the release of her last record, When The Bloom Fall From The Rose. Why there’s not more attention toward her is a bit quizzical. Same with the buzz that should be preceding Rachel Laven from Texas. She played a song about her grandmother’s pair of Lucchese boots that melted hearts.

There’s also all the things you don’t see at Folk Alliance because it’s so busy, like Colter Wall who showed up briefly, Emily Herring who was running around all weekend, and Alice Wallace who I kept missing by a fraction. But there’s always next year (it will be held in Montreal in 2019), and as long as Folk Alliance continues to assemble so much talent in one place, Saving Country Music will be making repeat appearances.

Apologies to artists who played Folk Alliance, but were not mentioned here. So much music, so little time. 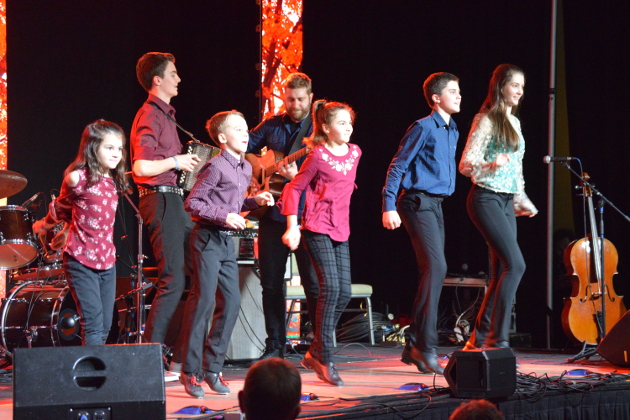