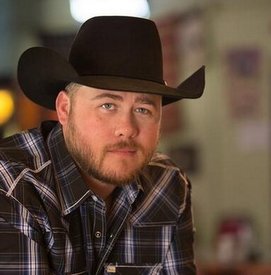 ***UPDATE (7-2-14 5:00 PM CDT): Divers have found the missing woman, bringing the fatality number to three in the accident. She was found in 30 feet of water near the crash site Wednesday afternoon. For more info, please read below.

Houston traditional country artist Josh Ward was involved in a tragic boating accident on Tuesday. Josh was treated and released from Conroe Regional Hospital for a fractured elbow, but multiple other injuries, as well as three fatalities occurred as part of the multi-boat incident.

Tuesday night (7-1) at 9:07 PM, 911 received a call about a boating accident after two boats collided on Lake Conroe, just north of the Houston area. The crash involved a Skeeter bass fishing boat that Josh Ward and another man named Andrew were in, and a pleasure boat that included eight total occupants, including four children. Both boats were moving at the time of the accident. One 30-year-old woman was confirmed dead after the accident, and another 9-year-old boy later died from the injuries sustained. A third woman was found Wednesday afternoon after a search dive team located the body in 30 feet of water near the crash site. The dive team had difficulty locating the woman because of the low visibility of the water, and had to search using a grid pattern and groping with their hands.

A 3-year-old were listed in critical condition at Texas Medical Center after being transported by helicopter to the hospital, and a 17-year-old and 13-year-old reportedly suffered non-serious injuries. The driver of the pleasure boat, 45-year-old Brandon Wilson, also sustained two broken legs and a spinal injury during the accident.

The crash happened just north of the Lake Conroe dam, near the southeast arm of the lake, close to State Highway 105 in Montgomery. According to the Montgomery County Police Reporter, the Skeeter bass boat was returning from a fishing tournament near the East Beach portion of the lake when it rounded a corner and hit the pleasure boat, virtually tearing the boat in two. Both Josh Ward and Andrew were ejected from the bass boat, but were wearing life vests and were able to recover. It has been undetermined if the passengers of the pleasure boat were wearing life vests. Multiple reports of the accident are conflicting of whether Josh Ward was the driver or the passenger of the bass boat, however according to police, the two men claim the pleasure boat had no lights on, and they were unable to see it. Police still call the investigation ongoing.

Multiple helicopters were deployed to the accident, transporting victims to local hospitals, while ground ambulances transported other victims. A staging area was created at Beach Walk for the victims. Montgomery County Precinct 1 Lake Patrol began a search and rescue operation for the missing passenger that was suspended at 3:30 AM early Wednesday morning, and resumed later on Wednesday.

Police say alcohol was not involved in the accident.

Authorities are currently recreating the incident as part of the investigation into what caused the collision.

Josh Ward has released a statement about the accident:

Last night at around 9:00 PM Josh was a passenger on a boat that was involved in an accident on Lake Conroe. Josh was injured in the accident, but he was released from the hospital and will make a full recovery. We appreciate your thoughts, prayers, and concerns for Josh, however at this moment our hearts go out to the families who lost loved ones in this tragic accident. We are praying for all those that were injured and those individuals who did not survive.

This story will be updated as soon as more information is made available.