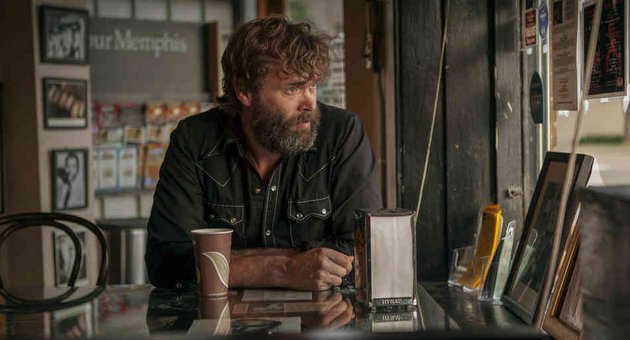 When I got the news that Corb Lund was releasing a live studio album full of previously-released cuts, I’ll shoot you straight, I was a little crestfallen. Reason being is that a new original Corb Lund album is such a dollop of sweet music manna from the country gods, and he seems to never disappoint, if only grow more skilled with age, anything less than a dozen or so new songs from him and his backing band The Hurtin’ Albertans will always be a disappointment. But after swallowing the pill that we’ll have to wait patiently for some newer stuff in the future, the idea of getting an album cut live at the historic Sun Studios in Memphis, TN was something that sat quite well. 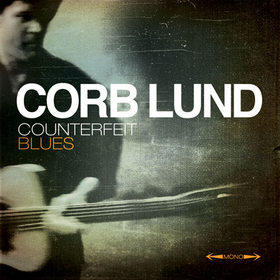 The premise for this Counterfeit Blues project is based around an hour-long documentary-style program called Memphis Sun that was produced for CMT’s Canadian channel. Corb and the boys headed down from Alberta and met a camera crew in Memphis, and cut the album in one day while the camera crew filmed along. The complete package comes with a DVD of the CMT Canada special, and a CD of many of the tracks. One of the cool things about this project is the two discs don’t really align. It’s not like if you watch the DVD, then the CD is simply an audio representation of what you just watched. Though there’s some overlap, you feel like the best video cuts made it on the DVD, and the best audio on the CD, and they were ordered in a way that made the most sense for the two different mediums, resulting in two different experiences.

Though Corb’s name is the one on the front, the whole idea of recording at Sun seems much more the brain child of his guitar and steel player Grant Siemens. He sort of introduces the project at the beginning of the DVD and talks about what the Sun sound means to him, and to music in general, and he’s also given credit as a producer. Corb and the Hurtin’ Albertans stayed true to the spirit of Sun, and cut all the songs live, with no separation, isolation, or overdubs; just one take and you better get it right. As Corb points out in the DVD, the band’s longevity, especially for one that backs a songwriter instead of going under a band name, is pretty remarkable, and has allowed them to become super tight to pull off such a feat. 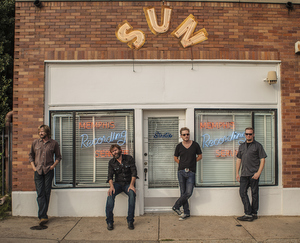 The DVD is very much centered around the performances in the studio. There are some scenes interviewing Corb, guitarist Grant Siemens, and bassist Kurt Ciesla and drummer Brady Valgardson, and some other scenes showing Grant riding around in a Memphis trolley car, the band going out for some Memphis barbecue and such, but this really isn’t an in depth documentary about either the band or the studio; it’s about the music.

The track list is not exactly a Cob Lund Greatest Hits collection, though it includes a lot of his strongest material. It seems to be based more around what songs might be cool to cut at Sun, while still trying to be representative of everything Corb does. They didn’t go in there and just cut his more rockabilly or blues material, there’s quite a bit of country and some acoustic moments as well. And even though it is all “previously-released material”, unless you’re a Corb Lund mega nerd and have all of his albums alphabetized and at the ready, there’s likely something on here you’ve never heard before, while also making a good introduction to someone who has never heard Corb’s music.

The performances are excellent, and despite the pressure, the band performs all the elements and sticks the landing. And even though you may know some of this material already, you still can’t help but be blown away by the wit and wisdom engrained in Corb’s songwriting, and some of the interpretations of his compositions by the band. One of the gems of the DVD, and something you can’t get anywhere else is when they play “The Truth Comes Out” and it starts with an amazing bowed bass solo by Kurt Ciesla. Unfortunately though, the solo doesn’t show up on the song on the CD side.

Whether Counterfeit Blues is a “must-have” depends on the degree of your Corb Lundedness. But for what it is, and for not offering any new material, it is well done and worth the listen.