The Re-Integration of “Bro-Country” Hatred by Music Row

Look folks, I don’t want to come across as a know-it-all, but you can see these trends forming in the mainstream country music business miles away and many months before the eventual players in these trends even know what the hell is going on. Since country music has no sustainability, and instead is simply propelled forward (or backward as the case may be) by hyper-trends and fads that explode and flame out just as fast, it continues to make the same mistakes over and over again and has become predictable as a Luke Bryan lyrical turn that resolves in “beer”.

It has come to the point where I hate the term “bro-country” even more than I hate the stupid music it is meant to describe. Christening “bro-country” gave the music legitimacy. It gave it its own subgenre. It gave “bro-country” strength by banding it all together under a term that would appeal to the same numb-skulls it was meant to make fun of, and not to toot my own horn, but as I predicted from the beginning, the term has subsequently been hijacked by those numb skulls and the artists it is meant to criticize to be used for marketing. And now the anger, the fervor against “bro-country” which has itself has been allowed to coalesce into a collective angst thanks to the term, is being used for marketing as well, to re-integrate the angry populous back into the country music industrial complex.

READ: As Predicted, “Bro-Country” Is Now a Term of Endearment

Bro-country is big business. And no, I’m not just talking about the music itself. I’m talking about the amount of people you can get heading in one direction simply by using the term in whatever you’re trying to promote. Whether you’re for or against “bro-country”, someone mentions it and your country music world is immediately polarized, attentive, and ready to pounce. It is like a political wedge issue that in the end both sides of the aisle have no desire to resolve because it whips their respective constituencies into such a fervor, it keeps energy (and thus, dollars) flowing into the system. “Bro-country” is man vs. woman, old vs. new, commercial vs. critically-acclaimed all wrapped up into one big hot button being pushed by country music’s powers that be.

In the vacuum of true choice, Music Row is attempting to appeal to both sides of the “bro-country” issue so they’re insured to not lose anyone’s business. Look no further to how Music Row plans to monetize your “bro-country” hatred than the recently-signed 18-year-old duo Maddie & Tae. The two girls have been taken under the wing of Scott Borchetta’s newly-acquired Dot Records, which falls under his massive Big Machine Label Group empire. Just in the last few days we’ve been allowed to sniff the duo’s first single called “Girl In A Country Song”, and if you want to believe all the hype surrounding it, the song is massive ANTI “bro-country” colossus that Borchetta has personally hand-picked from the crowd to shepherd to radio dominance as a mega hit.

I hear you over there on your tailgate whistlin’
Sayin’ “Hey girl,” but you know I ain’t listenin’
Cause I got a name and to you it ain’t
pretty little thing, honey or baby
It’s driving me red red red red red red redneck crazy

Hey, it’s hard to disagree with the ANTI “bro-country” sentiment of “Girl In A Country Song”. But don’t we think that it’s just a little ironic this is coming from the same label group that gave rise to Florida Georgia Line and Brantley Gilbert, arguably the Godfather and Kings of “Bro-Country”? This is why Scott Borchetta is an evil genius; he gets you coming and going. You love “bro-country”? Then may I direct your attention to aisle 9 of Big Machine Records. You hate it? Then aisle 7 will be more your speed. And how much does the sentiment really resonate in the ANTI “bro-country” songs when you consider the source? Meanwhile the true anti “bro-country” acts are the ones playing to half-empty clubs for door deals, and eating circus peanuts for dinner.

And trust me, Maddie & Tae is just where the ANTI “bro-country” industry re-indoctrination begins. There will be a dozen of these acts before we are done, and even the “bro-country” acts themselves will be releasing ANTI “bro-country” songs. In fact, this is already said to be happening, and guess where? Scott Borchetta’s Big Machine cash cows Florida Georgia Line’s new single “Dirt” to be released on July 8th is already being touted in some sectors as a “non ‘bro-country’ song.”

The simple fact is, so called “bro-country” was already done 9 to 18 months ago, and we’re simply in a period where Music Row is working through its excess “bro-country” song inventory. As with all things, Scott Borchetta is on the cutting edge and ahead of the curve, and soon the rest of Music Row, like a 1985 Buick trying to make a U-turn in the middle of rush hour traffic, will slowly reverse course along with him. 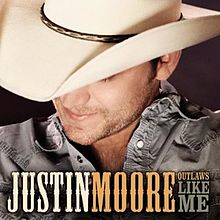 This all fits the same test pattern that Music Row employed amongst the angry backlash that presented itself when Taylor Swift came to country music dominance in 2007. Traditional country fans all proclaimed country music was dead, and so country music’s major labels all cobbled together some “new Outlaws” to present to the format’s pissed off minority: Eric Church singing “Lotta Boot Left To Fill”, Gretchen Wilson’s “Outlaws & Renegades”. Oh and which outfit was Justin Moore signed to when he released the album Outlaws Like Me? Yep, Big Machine Records; the same as Taylor Swift.

But this type of baiting of the country music public doesn’t stop with major labels. The other day I saw the new Rolling Stone Country post an article titled, “Miranda Lambert Gives A Woman’s Take on ‘Bro Country‘.” “Well hey,” I thought. “Miranda Lambert is finally speaking out!” But when I got into the meat of the article, I read Miranda saying “….I’m happy about it and I don’t have any problem with anything that is going on.” Huh. Is this really a woman’s take on “bro-country”, or does Miranda understand the wrong words could mean curtains for her career? Maddie & Tae sure have a different perspective, but of course, Scott Borchetta has their back. The underlying point here is this “bro-country” buzzword gets the country music public clicking away, hoping to find a bowl of blood. And I don’t mean to single out Rolling Stone Country specifically. All over the country music internet you’re seeing this “bro-country” focus, especially with interviewers hoping an interviewee slips up, says the wrong thing, and starts an internet “bro-country” war of words, which is always good for business.

READ: Bro-Country Is Just The Symptom. Here Are The Causes

This type of revolving, merry-go-round system that pilfers both sides of the country music culture divide sure does stir the pot, but it’s not brewing anything healthy. The gullible country music masses and the complicit media allow this revolving door of enjoyment and contempt to continue, but you go to that well long enough, and some people will start to wisen up, and be spit out of the system in such substantial numbers that there won’t be enough current to fuel the water wheel.