The 2019 Grammys May Have Been Kacey Musgraves’ “Moment” 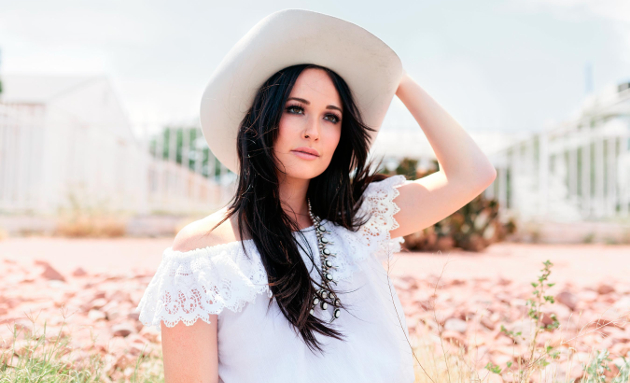 A “moment” is something that used to happen more often in music, when an artist would take the stage in front of a national audience, or have a big showing at an awards show, and completely stun audiences across traditional divides of taste and culture, capturing the zeitgeist in a way that permeated the populace coast to coast. From Whitney Houston performances of the National Anthem, to maybe R.E.M. performing on SNL, these are moments we look back on years later as guideposts to the influences of popular culture.

These days major musical moments are much more rare. Culture is just too fractured, and there’s too many mediums of entertainment to easily facilitate one artist having a “moment.” But they still do happen upon occasion. The last one we saw in country music involved Chris Stapleton and the 2016 CMA Awards, which Stapleton is still coasting on the momentum from. It wasn’t just his performance with Justin Timberlake, it was Stapleton’s improbable wins for New Artist of the Year, Male Vocalist of the Year, and Album of the Year that set the world on fire in ways that are still reverberating today.

The same improbable feat is what Kacey Musgraves enjoyed at the 2019 Grammy Awards, walking away with Best Country Solo Performance, Best Country Song, Best Country Album, and most importantly, the all-genre Album of the Year. And now just like Stapleton, she may be heading into a period of positive momentum that may be measured not in months, but in years.

In the aftermath of her Grammy wins, Kacey Musgraves’ Golden Hour has shot to #1 on the Billboard Country Albums chart. It also rockets to #9 on the all-genre Billboard 200 chart. In the week after the Grammy Awards, Golden Hour spiked 35,000 in new album units, including 20,000 in pure album sales. This was a sales surge of 735 percent, and a 542 percent jump in album streaming equivalents. With the new school way of measuring chart performance, this may be a little hard to understand. But to put it into perspective, Golden Hour is the first record in the 2000’s to ever re-enter the Top 10 of the Billboard 200 after a Grammy win. For a record that was released nearly a year ago, this is pretty unprecedented.

People are talking about Kacey Musgraves as well. Since the Grammy Awards, she has been mentioned on Twitter 376,000 times. The Wikipedia page of Kacey Musgraves has also received some 157,000 visits.

One thing that could help Kacey keep this momentum rolling as the memory of the 2019 Grammy Awards fades into the offing is radio play, and Kacey is improbably enjoying this as well. In the aftermath of the 2019 Grammy Awards, Musgraves released the song “Rainbow” as a proper radio single—her first from Golden Hour—and it was accompanied by a new video, as well as a promotional push from her label. This has resulted in “Rainbow” being the 2nd most added song on country radio last week according to Nielsen, and it hits #40 on the new radio charts, making it Kacey’s best-charting radio single in half a decade.

The other country artist who might have enjoyed a “moment” on the 2018 Grammy Awards is Brandi Carlile. Even though all three of her Grammy wins in the Americana categories happened off camera, her incredible performance of her Grammy-winning song “The Joke” was responsible for its own surge. Categorized as rock for some reason, “The Joke” sold 20,000 new downloads for a spike of 2,865 percent, and the streams increased 1.7 million, good enough to put her at #1 on Billboard’s Digital Rock Song Sales chart, and #4 on the Hot Rock Songs Sales chart. This makes “The Joke” a bona fide hit, and the first of Carlile’s career. Her album By The Way, I Forgive You also jumped some 20,000 equivalent units, which was good enough to come in at #2 on the Billboard Rock Albums chart.