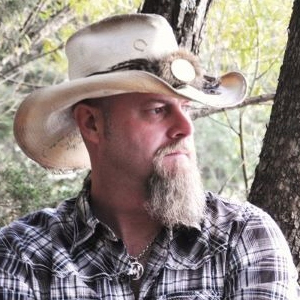 On November 23rd, 2013, country artist Wayne Mills was shot and killed in Nashville at the Pit & Barrel Bar by the bar’s owner, Chris Ferrell. Mr. Ferrell claimed self-defense, and is currently facing 2nd Degree Murder charges brought down by a Grand Jury on December 6th, 2013. Ferrel was released on bail on December 16th, 2014.

Chris Ferrell was in court Thursday (1-16) for a “discussion date” and to take care of some minor procedural defense motions. The company holding Chris Ferrell’s bond had agreed to take less than the usual 10% to secure his release, but needed to get court approval, and this was granted. Ferrell also filed a change of address under the conditions of his bond. His next appearance in court will be February 6th.

The autopsy report was also made available for the first time through the Medical Examiners Office. According to the Medical Examiner, Wayne Mills was killed by a gunshot wound to the back of the head, and the death was ruled a homicide. There was also no evidence that the gunshot wound was caused by a discharge at close range because of the lack of soot or gunpowder surrounding the wound, meaning the shot came from distance.

Though some reports had Wayne Mills being shot multiple times, Wayne only suffered one gunshot wound. However, multiple other injuries were found on his body. Wayne’s 4th and 5th ribs were broken, and he had abrasions on his forehead, temple, scalp (unassociated with the gunshot), and contusions on his chest, arms, forearms, left thigh, and right knee.

The summary of the autopsy states,

Autopsy findings are significant for an entrance gunshot wound on the posterior parietal scalp with fragment exit and injury to scalp, skull, and brain. A bullet is recovered in association with this gunshot wound. Associated injuries include scalp, subdural, and subarachnoid hemorrhage, fractures to the right frontal and parietal bones, cortical and white matter contusions of the brain, and hemorrhage throughout the wound path. Other injuries include abrasions of the left side of the forehead, left temple, posterior occipital scalp, and abdomen, left-sided rib fractures, and contusions of the lateral chest, arms, forearms, left thigh, and right knee. Evidence of therapy and tissue procurement is noted.

The ’tissue procurement” noted in the autopsy summary and throughout the autopsy report is for the organs that were removed from Wayne as an organ donor.

The autopsy report also included a postmortem toxicology workup testing for a wide spectrum of substances in Wayne’s body. The report concluded that Wayne’s blood alcohol level was 0.221. Mills also tested positive for amphetamine, at 23 ng/ml. No other substances came back positive. Saving Country Music has tried to confirm or deny if a similar toxicology report was ordered on Chris Ferrell after the incident, but has been unable to obtain that information.

Questions have arose about the proximity of musician Shooter Jennings and his manager Jon Hensley on the night of the shooting, especially after his name was brought up in court during Chris Ferrell’s bond hearing, as reported by The Tennessean. Writer Neil Hamilton whose book Outlaws Still At Large includes an introduction by Shooter, at one point posted a blog that included many questions about Shooter’s involvement the night of the shooting. After feeling public pressure, Hamilton removed the blog post. Jennings says he left 5 minutes before the shooting happened, and Shooter was not named in the original indictment as a direct witness to the killing. Shooter subsequently posted a comment on a previous Saving Country Music story on the Wayne Mills case, saying,

I assure everyone that I have spoken in detail to the investigators about the events of the night Wayne died. But I also personally believe that speaking publicly about it, at this point, candidly and in detail could hurt the process underway. From what I can tell from the detectives I’ve spoken to, they’re working hard to piece together what happened. I, nor my friends, were there when the actual incident occurred and cannot truly have any answers as to what happened in the moments leading up to it. Just please respect the process and I’m doing everything personally to understand why such a horrible thing would happen and want to know myself more than anyone. Wayne’s family were terrible victims here and his fans feel that pain because of their love of his music and their loss of his talent. Until this case building is over, I just don’t feel it wise to make a public record. Hope you all can understand”¦

For more information on the Wayne Mills case, please read The Death of Wayne Mills 6 Weeks After (Update & Analysis). Saving Country Music will continue to try and keep people updated on the progress of the case.