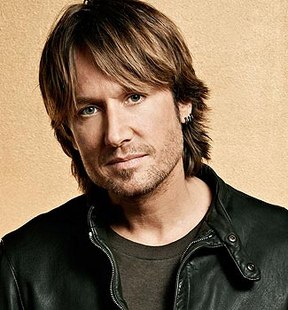 Wednesday is the beginning of the someteenth season of American Idol, and it will feature a new slate of judges that will include former Idol judge Jennifer Lopez, an interesting new selection in Harry Connick Jr., and last year’s lone holdover, country star Keith Urban.

Struggling with years of declining ratings, American Idol is looking to rebrand itself in the new season by fielding a panel of judges who will have great chemistry—something that was not the case last year when judges Nicki Minaj and Mariah Carey had a public and publicized spat early on in the season, resulting in Minaj walking off the production set, and moans of ratings baiting being leveled by critics.

But one of the overlooked elements of the Minaj / Mariah story is how it was centered around the age old country music debate. It started when Keith Urban took a contestant to task for saying that she “did the country thing,” implying that she had some fleeting interest in the genre, but it wasn’t where her heart was. Urban’s contention was that either you’re country, or you’re not. Mariah Carey somewhat agreed, and as the judges began asking the contestant questions about her musical background, Nicki Minaj joined in saying, “Why are we picking her apart [over] a country comment?” and eventually stormed off the set during the impending verbal melee.

Keith Urban, similar to artists like Darius Rucker and Rascal Flatts, have always been solidly pop or contemporary country, but have been insulated to some extent from the brunt of the country music culture war from rarely crossing the line into the drekish trends of things like country rap that artists like Blake Shelton or Jason Aldean have dabbled in. But recently when Keith Urban was interviewed by Michigan Live and was asked if definitions like “country,” “rock,” and “pop” are important or meaningless, Urban replied,

Totally meaningless to me. I make music and people decide what it is. That’s it. I don’t think about it any more than that. I grew up as a country artist, but had very contemporary country influences. Contemporary country music well, what that is, is what you hear on the radio. People have this relentless ongoing conversation about what’s country and what isn’t. It’s never changed. If people really really were country fans, they’d know it’s always been there, in every single decade.

What’s great about country is its simple, organic way of absorbing pop inspirations into its sound, and pulling the genre forward. It’s been that way since the ’50s. That period, the mid-to-late ’50s, when rock ‘n’ roll exploded, it started to take over the country audience. Guys like Chet Atkins intentionally started to put string sections on country songs, which had never been done before. Everybody at the time thought that was sacrilegious they said, “That doesn’t sound anything like Ernest Tubb. What are you doing?” But it was a way for them to keep the sound moving forward and expand the boundaries.

What’s happening today is, in the words of David Byrne, same as it ever was. (laughs)

What Urban points out about pop and how it has always been a part of the country genre is completely true, and this continues to be one of the biggest oversights of some traditional and purist country fans, eroding their arguments against the infiltration of pop in country. However what Urban’s comments do not take into account is the degree of cross-genre influences that country music is facing today, and how it might be eroding the integrity of the genre in the long term. Yes, artists like Eddie Arnold and Patsy Cline were seen as pop stars within the country format in their time, but their music was still a timeless treasure, verified by it’s continued popularity half a decade later.

And obviously, Keith Urban’s comments seem to counter what he said on American Idol at this time last year. People have a right to change their minds, but Urban’s new perspective on the lack of importance of the term “country” may be a sign of just how much that term and the importance behind it have suffered in the last year.