The Carper Family’s “Old-Fashioned Gal” is a Family Affair 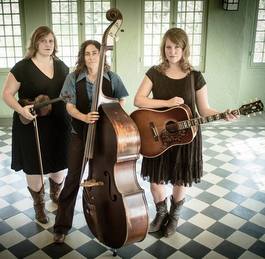 The Carper Family is at it again with a brand new album called Old-Fashioned Gal, and it’s a family affair featuring The Carper Family troika of Melissa Carper, Beth Crisman, and Jenn Miori, right beside some of the brightest talents of Austin, TX’s old-school country scene. Produced and embellished with the lonesome sounds of Grammy-winning Cindy Cashdollar‘s steel guitar, and featuring performances by Carper Family cousin (as it were) Brennen Leigh, and the famous telecaster of notorious Commander Cody guitar player Bill Kirchen, Old-Fshioned Gal works like a sampler of the defiant spirit amongst Austin’s roots musicians still fighting for life in between encroaching condominium complexes and California incursion.

With aptitude, The Carper Family girls can shift from Western Swing, old-school country, folk, covers and originals, embellishing it all with tasteful instrumentation and exquisite three-part harmony. Each player brings a unique skill set that blends so well with their counterparts. Melissa Carper’s voice has the auspicious, wise, vintage tone of a natural born storyteller, while Jenn Miori’s is the classic sweet and supple sound of the simple country life. Beth Chrisman can blend tone with anything, while providing the solo parts for the music on the fiddle, and a battery of original songs like Old-Fashioned Gal standouts “Dollar Bill” and “Foolish Ramblin’ Man.” 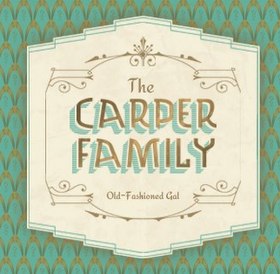 A new batch of songs from Melissa Carper is something to smile and rub your hands together about like waiting for permission to cut into an apple pie. When you pop Old-Fashioned Gal out of the CD case, the first question you get served is who these people are in an old photograph under the CD tray standing in front of the Deeny Mogis Chevrolet dealership circa 1980-something. This is answered by the song “My Old Chevy Van” where Melissa superimposes the senses of love on a sentimental object. All three Carper girls collaborate on one of the funnest tracks of the album, “Fancy Pants.” which showcases how The Carper Family instills modern, relevant themes into their old-fashioned music—a signature of their fun and compelling sound.

Additional songwriters on the album include Brennen Leigh with the song “Precious Jewel” that her beau Noel McKay plays guitar on, and “Aunt Rose” by Gina Gallina who once shared the stage with Melissa Carper and Beth Chrisman in a group called The Camptown Ladies. “Aunt Rose” is one of the jewels of Old Fashioned Gal with its a capella arrangement really bringing out the 3-part harmonies of The Carper Family, and giving the album a little needed spice.

Another Jewel is The Carper Family’s rendition of Neil Young’s “Comes A Time.” Picking covers songs is more of an art than people think, and what the Carper girl’s do to Neil’s chorus invites shivers. Another excellent cover is Floyd Tillman’s “I Gotta Have My Back Back” driven by Jenn Miori’s confident performance, and piano by another Austin notable, Emily Gimble.

Co-produced by Billy Lee Myers Jr., Old-Fashioned Gal is probably not the selection to convert your Taylor Swift-listening fans over to the real stuff, but certainly is sweetness to the ear of folks who prefer the way things were. Old-Fashioned Gal is the soundtrack to simple pleasures.