The Country Side of Harmonica Sam’s “Broken Bottle, Broken Heart” 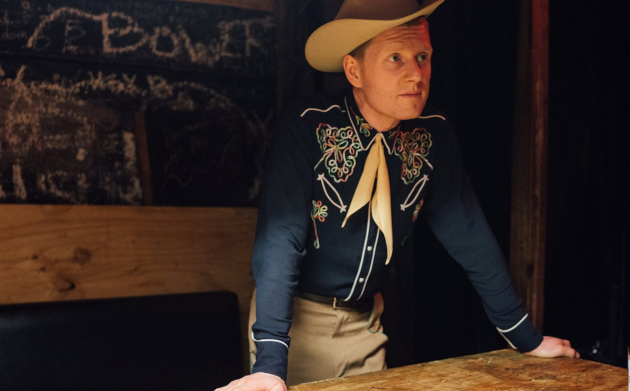 There are a few ways you can attempt to achieve country music perfection. With The Country Side of Harmonica Sam, it is to so expertly recreate the classic era of country music when artists like Lefty Frizzell and Webb Pierce were topping the charts, the results are downright jaw dropping. We’re not talking about close approximations. We’re not talking about being influenced by a certain time period. We’re talking about every single element of the presentation—from the words, to the music, to the singing style and the way the snare drum sounds and the exact notes played by the steel guitar, even the recording technique being so painstakingly aligned with classic country modes, there is lossless quality between what you’ll hear here, and a piece of country music cut in the 1950’s.

The effort, the expertise, the insistence to the point of obsession that such an undertaking requires is a marvel all to itself, even before any enjoyment the music affords, which is ample. And to make it even more astounding, this entire enterprise is accomplished by a band that’s based some 4,500 miles from Nashville. That’s right, the outfit that most deftly recreates the sound of the Golden Era of country music in the modern moment is from the Scandinavian enclave of Sweden of all places, and has now pulled off this feat for their third record in a row.

Welcome into your country music-loving hearts The Country Side of Harmonica Sam ladies and gentlemen. That chill of of nostalgia and warmth you feel when you hear an old classic country tune billowing out of a vintage Wurlitzer jukebox envelops every note of this band and their new album Broken Bottle, Broken Heart. You’ll be berating Mr. Google for telling you this band and their music aren’t some 70-years-old, but it’s not a hiccup in the algorithm, it’s the old souls of this quintuple taking you back to a time some believe was the greatest era in country, and bringing it back to life once again. 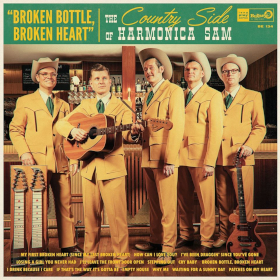 And despite the name, you won’t hear a lick of harmonica here. Harmonica Sam actually started as a blues player back in the 90’s. In 2009 he met steel guitar player Peter Andersson who adds the eerily accurate tones and style that makes the project as true to the era it wants to evoke as possible, and next thing you know, Harmonica Sam was giving into his country side. Along with lead guitarist Johan Bandling Melin, Ulrik Jansson who has that tic-tac bass style down pat, and drummer Patrik Malmros, listening to this outfit is like stepping into a time portal.

Okay that’s all fine and dandy, but this version of country music cosplay would not be nearly as cool if the music itself didn’t hold up. The Country Side of Harmonica Sam is not a cover band. Original songs penned by Dan Englund, Tobias Einstead, and one of the best guys to give you Hank Williams chills around in Jake Penrod make Broken Bottle, Broken Heart full of fresh takes, while still remaining in period. Their songs aren’t full of fuddy duddy references to anachronisms like milk men and rotary telephones, though they do make use on much for the 50’s language found in classic country. Yet the sentiments of heartbreak and loneliness are timeless and universal. Whether it was 1954 or now in 2019, people still turn to country music when they want to hear hard luck stories to commiserate with.

Yes, it’s fair when comparing The Country Side of Harmonica Sam to more contemporary country bands to deduce that ultimately their doing a shtick, and this music does lack a dimension of originality compared to the artists out there trying to make a unique sound in the country realm as opposed to so strictly adhering to a previous era. It’s also not like there aren’t dozens of other bands and artists out there dressing in vintage duds and delving into this same discipline. But it’s the deadly accuracy Country Side of Harmonica Sam brings to this endeavor that really distances them from the other neotraditional outfits and makes them original in their own right.

For The Country Side of Harmonica Sam, this isn’t just about taking you back in time. This is about making country music the way it’s supposed to be, the way it originally was when electric instruments first came about, and the way it still should be made, with reverence for the roots and history of the music, and a passion for telling stories that will always be relevant to wounded hearts.