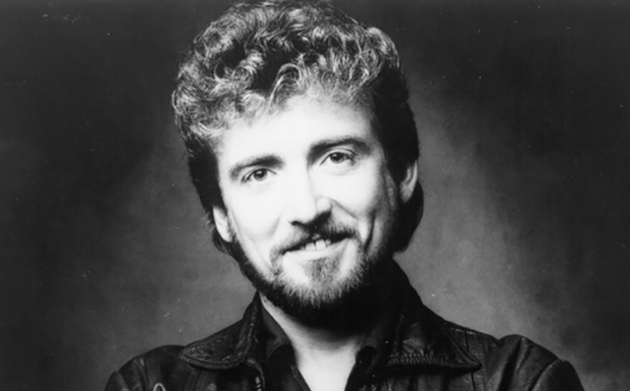 It was early May, 1989. Keith Whitley volunteered to take his wife and fellow performer Lorrie Morgan to the Nashville airport to see her off on a promotional trip to Alaska. In a week, Lorrie would be releasing her debut album on RCA Records, Leave The Light On, and had tour dates booked to promote the new release. Though it was her debut record, Lorrie was already well-known and revered in country music, and had been a member of the Grand Ole Opry for half a decade as the institutions youngest-ever invited member.

Keith Whitley and Lorrie Morgan had been married for three years at that point, and they were one of country music’s emerging power couples. In a couple of weeks, Keith Whitley was scheduled to be asked to join the Grand Ole Opry himself, and was riding high off of his 3rd consecutive #1 single, “I’m No Stranger To The Rain,” which had topped the Billboard country charts three weeks prior. Before Lorrie Morgan left on her flight, Keith Whitley gave her a greeting card with a note in it, but Lorrie would not open it at the time. She would save it for the trip home.

After seeing Lorrie Morgan off, Keith Whitley began a weekend of heavy drinking. Though Whitley had cleaned up in 1987 after numerous close calls from drinking to excess, the sobriety lasted about six months before he fell back off the wagon once again, which could not have been a surprise to anyone. Whitley had been battling alcoholism since he was a teenager. Once when riding passenger in a car and sipping on bootleg bourbon with the driver, they tried to take a curve at 120 mph. The driver died, and Whitley almost broke his neck. It would be one of many close calls for Whitley, including driving his own car off a 120-foot cliff and into a frozen river, walking away that time with a broken collar bone.

The Ashland, Kentucky native received his start in country music during high school as a member of Ralph Stanley’s bluegrass band, The Clinch Mountain Boys, right beside long time friend Ricky Skaggs. Stanley discovered the boys when he blew a tire in Ft. Gay, West Virginia, and happened to walk into the club they were playing and was blown away. Stanley wouldn’t drink with any of the other members of the band, but he would with Whitley. “You can handle it,” Stanley would say to him. “I’m afraid to give it to the rest of these boys.” Later Keith Whitley joined J.D. Crowe and the New South, and carried his love for drink, and his close calls with self-destruction with him. But about the time everything would begin to unravel for Keith Whitley due to his drinking, he would hold it together enough to pull through. Whitley moved to Nashville in 1983 and soon signed a record deal with RCA. His marriage to Lorrie Morgan would also help settle him, at least to some extent.

But with Lorrie Morgan out of town that first weekend of May, 1989, there was nobody there to tend to Whitley, or his raging alcoholism. Lorrie Morgan knew the risks of entering a romantic relationship with Whitley. Keith’s manager, Don Light, had warned her early on. But Whitley has always treated Lorrie Morgan well. She insists he never said a negative word to her, or raised his voice at her during the entirety of their marriage. It was himself that Whitley would regularly put in harm’s way.

“It was like a ticking timebomb,” Lorrie Morgan recalls. “I knew all this going into the relationship. I thought as much as I loved Keith, surely that would help him. I feel in my own heart I kept Keith alive a lot longer because I was there all the time. I put everything on the back burner, including my career, to help Keith. Every time the phone would ring it was in the back of my mind that there was somebody calling to tell me he’s been in a wreck or died of alcohol. It was a living hell. I was on pins and needles when he was on the road.”

On the morning of Tuesday, May 9th, 1989, Whitley spoke to his mother briefly on the phone, and then was visited by his brother-in-law Lane Palmer at his home in Goodletsville, Tennessee, near Nashville. The two drank coffee together, and were planning to play a round of golf and have lunch that day. After that, Whitley was planning to write some songs to present to Lorrie Morgan after she returned from her album tour for the two to record together. Lane Palmer left Whitley’s Goodletsville residence at approximately 8:30 a.m., planning to return an hour later for the golf excursion. When Palmer returned, he found Whitley fully clothed on his bed, unconscious. He called an ambulance, which took Whitley to a local hospital where he was pronounced dead. The next day, they lined Music Row in Nashville with black ribbons in remembrance. Keith Whitley was 33 years old.

The death of Keith Whitley felt like the next chapter in country music’s history of some of its greatest stars ending life too early, from Hank Williams perishing in the back of his Cadillac on New Years Day 1953, to Patsy Cline, Hawkshaw Hawkins, and Cowboy Copas dying in a plane crash in 1963, or any number of other high profile deaths taking country stars away during the height of their popularity. These events have allowed the timeline of country music to unfold like a tragedy, and have made folk heroes of some of its greatest stars, including Keith Whitley. He had so much to live for at the time. His career was taking off. He was considered country music’s next superstar. He had just finished up his fourth studio album, I Wonder Do You Think of Me. He would die not knowing the Grand Ole Opry had a surprise invitation awaiting him just two weeks later.

The official cause of death for Keith Whitley was ruled alcohol poisoning by local medical examiner Charles Harlan on May 10th—a day after Whitley’s death. The singer’s blood alcohol level was reported to be .47, or almost five times the amount to be declared intoxicated in Tennessee. Small amounts of cocaine and Valium were also found in his system. The death of Keith Whitley seemed like an open and shut case. It didn’t take a stretch of the imagination to believe a country music singer had drank himself to death, especially Keith Whitley. Amid his sober streak in 1987, Whitley once said in an interview, ″It was a matter of life and death. If I hadn’t stopped drinking, I don’t think I’d be alive today. I did so many crazy things while drinking.″

But in the aftermath of Keith Whitley’s death, rumors swirled about the circumstances, some of which have continued to linger in popular lore to this day. As the Chicago Tribune reported at the time, “When his death was first discovered, there was a widespread rumor that it was a suicide.” A .47 alcohol level seemed exceptionally high, even for Keith Whitley. It is the equivalent of 20 1-ounce shots of 100-proof whiskey. Why would Keith Whitley drink himself to death when his career was hitting its stride, and he had so much to live for? One theory was that Whitley was a conflicted as a staunch traditionalist who was being asked to record more commercially applicable material, or was feeling the pressure of stardom. But neither of these theories takes into consideration the severity of Whitley’s drinking problem well before his country career took off in earnest.

The publishing of Keith Whitley’s autopsy report put most of the rumors to bed, though they would re-emerge in subsequent years. The medical examiner who wrote and performed the autopsy, Charles Harlan, would soon become widely discredited, and blamed for numerous false reports and other unethical practices. He left the medical examiners post in 1994 after three separate women accused him of sexual harassment. He was also known for making gruesome remarks to families and colleagues about deceased individuals, and reportedly kept body parts in jars around his office, home, and rental property. In 2005, the State of Tennessee found Charles Harlan guilty of 20 counts of misconduct and permanently revoked his medical license.

Then in 2010, the accusations against Charles Harlan became even more severe, with the doctor being blamed for numerous botched autopsies resulting in false murder convictions, including a man convicted for stabbing and murdering his cousin, when the deceased died after having a seizure and falling on a glass table. Two children Charles Harlan had determined had died of SIDS were later discovered to have been murdered by their parents. Charles Harlan had also been giving false testimony in trials for many years. Some fans of Keith Whitley and conspiracy theorists have used the discredited legacy of Charles Harlan to wonder just how accurate the autopsy of Keith Whitley was, and if another cause of death could be possible. However Lorrie Morgan and the Whitley family have never publicly disputed the finding that alcohol poisoning was responsible for Keith Whitley’s death.

On May 12th, 1989, more than 500 mourners attended Keith Whitley’s funeral where long-time friend Ricky Skaggs presented the eulogy, and spoke specifically about the ills of drug and alcohol abuse. Keith Whitley was laid to rest at the Spring Hill Cemetery near Nashville.

It wasn’t just what Whitley accomplished before he passed away that left such a gaping hole in the heart of country music, it’s what many expected him to accomplish in the coming years. Posthumously, Whitley would score two more #1 songs and four Top 15 singles, and there’s no reason to believe his output wouldn’t have continued to reign on the country charts had he lived. Speaking to individuals about the legacy of Keith Whitley, from country music historians to superstars such as Garth Brooks, they believe there wouldn’t have been the commercial resurgence in country music heading into the 90’s like the genre experienced if it wasn’t for Whitley. It felt like a piece of that era was missing with Whitley not being a part of it. That is why despite the short length of Keith Whitley’s career, he considered a strong contender for induction into the Country Music Hall of Fame in the coming years.

The legacy of Keith Whitley has received a resurgence of interest lately leading up to the 30th anniversary of his untimely passing. The Country Music Hall of Fame has just opened a dedicated exhibit to the singer and songwriter, and the Hall of Fame also has plans for a big tribute concert to Whitley on May 9th.

After Lorrie Morgan received news of Keith Whitley’s death in May of 1989, and prepared to return to Nashville from her Alaskan promotional trip, she finally opened the card Keith had given her at the airport the last time the two saw each other. In the card it said,

Would you like to know what I wish for you?

If I could have any wish I wanted, this is my wish: That in your life which is so precious to me, may worries, troubles and problems never linger. May they only make you that much stronger and able and wise. May you rise each day with sunlight in your heart, success in your path, answers to your prayers, and that smile that I always love to see in your eyes.