The Good & the Bad of the Mickey Guyton EP 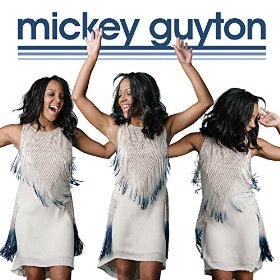 The only thing I conclusively walked away with from this new Mickey Guyton EP is that Capitol Records Nashville has absolutely no idea what to do with this young lady. And that’s about par for the course for just about any up-and-coming female country artist at this moment. Since country music is such a copycat game, and there hasn’t really been any successful female stories recently to copycat, most new female country music performers find themselves at the mercy of stupefied music managers and label lackeys who really have no clue what to do with a woman performer.

Mickey Guyton already released a 4-song EP in March of 2014. It was called Unbreakable. It even included a song that found its way onto this new one called “Pretty Little Mustang.” So what’s the deal? Are we going to try and launch this girl’s career, or we going to sit around and play with our food for 18 more months trying to figure out if we want her to be a traditionalist or a pop star? This EP alludes to Capitol wanting her to be both, which will likely result in her being neither.

Sometimes I feel like I want to be like that annoying IT nerd who screams “move!” and sits in front of your computer to fix a problem when I’m watching Music Row bungle yet another budding female artist. If Taylor Swift came to Music Row today, they would keep her on a development deal until she proved she could write a Top 10 metro-bro song with Dallas Davidson and Sarah Buxton. And when she couldn’t, they’d put out a 4-song EP.

The part that is so frustrating is Mickey Guyton has some serious, serious talent. If you’re looking for promising young females with a strong voice and mainstream appeal that might break the monopoly on the charts by country males, look no further. And forget Kelsea Ballerini as a viable option. She’s a pop star who came to Nashville to tour the new Taylor Swift Education Center on the Hall of Fame and left 8 hours later with a 360 deal. Ballerini being successful on the country charts is no victory for females, it fuels the trends that shifted them into this subordinate role in the first place.

But about this EP and these songs: Mickey Guyton has really, really got something folks. It’s just a shame that you only get about eight minutes of it. Now don’t roll up on this stuff thinking you’re going to hear the second coming of Patsy Cline, but there is some serious modern country gold here with the songs “Why Baby Why” and the single “Better Than You Left Me.” I’m talking waltz beats, steel guitar, and great singing and writing. This is the type of pragmatic stuff that could win fans on both sides of the country music divide and renew an appeal for country that actually sounds country.

And then sandwiched in between these two country songs, the country equivalent of Katy Perry shows up smacking bubblegum while singing undiluted pop tunes. “Somebody Else Will” is your typical “other fish in the sea” fare with very little to offer except for some admittedly catchy rhythms. And if you’ve been wondering what a true female equivalent to Bro-Country might sound like, “Pretty Little Mustang” might not be a bad specimen. But just like Florida Georgia Line’s “Cruise,” it’s kind of hard to deny it’s catchy as hell and could win Ms. Guyton a lot of fans if it hit radio.

So that’s the story of Mickey Guyton and her self-titled EP: a tale of two worlds. And as one that resides on the traditional/critical side, I listen to the first and last song and salivate, but then listen to the meat in the middle and immediately become afraid of hitching my wagon to what may eventually develop into a pure pop star in the country genre. It’s fish and foul. Yes, if Mickey likes both approaches and this is what’s in her heart to do, that makes it harder to not support. But from the outside looking in, this appears to be the result of indecision (which can stifle a career), and trying both angles to see which one sticks best. In these battles, we all know the pop side usually wins.

All of this is why I can almost find some sympathy for radio consultant Keith Hill who recently compared women to the tomatoes of the country music salad. Frankly, if I was in radio, I would be confused what to do with Mickey Guyton. I’d recognize the greatness of her songs, but wouldn’t be sure if I should consider her the next Kacey Musgraves, or the next Taylor Swift.

Mickey could be amazing, and make no mistake, I’m rooting for her to stay true to herself and become something big in country music. But get a plan more than releasing yet another 4-song EP and playing a side stage at the CMA Fest, and possibly pick a side, or at least figure out how to transition more smoothly between the two. Because her talent is worth the energy, the focus, the capital, and the forward-thinking ideas that are necessary to launching a country music star.

One Gun Up, One Gun Down.