The Next Music Reality Show Could Involve Songwriting 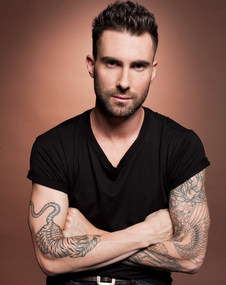 Apparently America never lost its obsession with Fred Astaire, because no matter what else is going on in TV land, singing and dancing shows still seem to dominate the consciousness. American Idol refuses to die, and despite a ratings slump in recent years, it remains an American television staple, while The Voice is one of NBC’s and television’s strongest franchises. But now that singing and dancing shows have seemed to hit their critical mass point, producers are looking for new ways to exploit America’s obsession with song.

Now NBC, Maroon 5 frontman and The Voice judge Adam Levine, and Grammy Award-winning songwriter Dave Stewart are teaming up to work on a new reality TV show pilot called Songland The Hollywood Reporter says. The idea is to be the songwriter’s equivalent to The Voice and American Idol and show that “the songwriter is king in the music business.” I don’t know if to laugh, cry, or cheer.

The idea behind the show is to peel back the curtain of the music industry, and specifically the songwriter realm, to show how a song goes from page to stage. The show wants to feature “everyday people” and their compelling back stories as they try to pitch songs that eventually could become huge hits. Also involved in the show would be big-time producers and artists as a song goes through the pitch process.

One point of view is that making a competition out of songwriting is a gross malfeasance of the art form, while another is that it could expose the masses to where songs come from. The truth of the matter is many American consumers have no idea their favorite artists don’t write many of the songs they sing. Just how much “competition” the show would involve is yet to be seen, but the show would need some element of drama to keep viewers engaged.

So we’ll see. Another TV show, ABC’s Nashville, has done tremendous work explaining to everyday viewers how the in’s and out’s of the music business work, including highlighting many of the unfair and sometimes unscrupulous practices that put artists and songwriters at a disadvantage. But whether it makes for quality television is up for serious debate. With songwriters getting squeezed these days like never before—some estimates have the numbers of professional country songwriters depreciating by 80% since 2000—songwriting is quickly becoming an occupation that is only accessible to the very few.