The Sadies Delve Into “Internal Sounds” 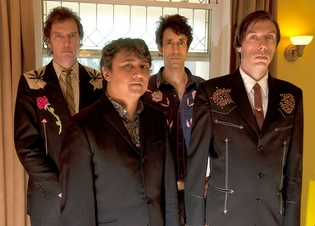 The Sadies from Toronto, Canada should be modern day music gods. All they do is stand on their head every time they put on a live show or release an album, throwing a proverbial musician’s clinic with their cutting-edge instrumentation and jawbreaking prowess. Their music appeals to a broad panoramic of the music listening public: from punks, to country, to mod, surf, blues, rockers, and rockabilly types alike, moving through influences with ease and credibility from their adept and studious knowledge of American music modes.

They may not be household names, but amongst their musical peers The Sadies are a prized commodity, working as the recording and touring band behind such names as Neko Case, Randy Bachman from The Guess Who, Andre Williams, Jon Doe, Neil Young, and Jon Langford just to name some. Brothers Dallas and Travis Good who buoy The Sadies are about the best musicians to ever suck air, seamlessly harmonizing with each other as effortless as breath, and backed by the power rhythm section of Sean Dean and Mike Belitsky.

The Sadies 2013 offering Internal Sounds is a concept album of sorts, though really every Sadies album and song is conceptualized to some extent, or at least stylized in the sense that their songs send you to another time and place, are drenched with mood-altering rhythms and melodies that are both melancholic and reflective, and afford that overall immersive experience that all true music fans crave. Dark psychedelic mod country punk, if you insist on confining their sound with words. 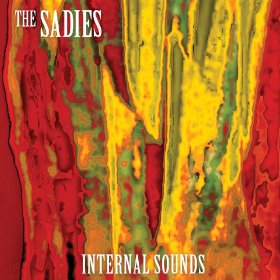 If The Sadies had a visual artist equivalent, they might be matched up with M.C. Escher in how they are brilliantly creative, but in a very linear, analytical, geometric way. The Sadies don’t like to leave any loose ends dangling. They’re perfectionists, and like things to have a beginning and an end, for things to wrap up when a complete circle has been etched, while still being able to see the analytical truth and beauty in imperfection and discordance. Looking at the track list of Internal Sounds may explain this a little better:

3. The Very Beginning
4. Starting All Over Again
5. The Very Ending
6. Another Tomorrow Again
7. Another Yesterday Again

You wouldn’t label The Sadies as amazing songwriters in the sense that it’s not their poetry that is meant to wow you, but rather be the clothing for their compositions to make their songs more fulfilling to the complete music palette. But Internal Sounds does have a few stripped-down, songwriting moments, like the mandolin-driven and harmonious second track “So Much Blood,” and the honky-tonk styling of “Leave This World Behind.” And though the turns of phrases like in the opening track “The First 5 Minutes” may not help you commiserate with the human condition by conveying a very personal story, their use of cunning word play is no less enlightening and inspiring.

A band like The Sadies can do virtually whatever they want, at least within the confines of a 4-piece lineup. But it’s always refreshing when a band can play with blazing speed, like The Sadies do in “Another Tomorrow Again,” but choose to not feature it predominately, laying on tempo like a crutch or trick to make up for a lackluster musical imagination. There’s a little Phish or Frank Zappa in their approach in how their music rises and is strong from a standpoint of music theory. It doesn’t take long listening to The Sadies to determine why so many artists want them on their side.

Don’t know if this would be a great first pick for someone just getting into The Sadies. They are probably a band best experienced live, and the live experience is what helps you realize what to listen for in their albums. But if you appreciate your country music served up with a fierce dose of guitar driven soul with a bit of classic mod dressing, The Sadies and Internal Sounds might be the sound you’re looking for.

You can listen to the entire album in the YouTube playlist below.