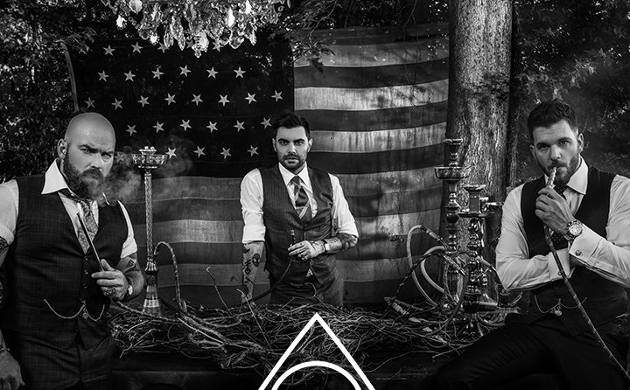 I’ll tell you exactly what’s going on with Zac Brown folks. He’s tired of just playing country and Southern rock, and he would sell out his entire career and fritter away all the cred he’s accrued with dedicated fans for going on two decades just for the chance to indulge his fancy that he can be some sort of power player in the weirdo hybrid Molly-dropping, glo-stick twirling bullshit EDM pop world. He decided to drag the entirety of the eight-member Zac Brown Band along with him in this lark on numerous occasions in the band’s last record Jekyll+Hyde, and even rope-a-doped country radio by releasing the idiotic and base “Beautiful Drug” as a single after Zac Brown initially promised that he wouldn’t.

In early September, Zac Brown posted a short video out of the blue announcing that The Zac Brown Band would be returning to the studio soon, and returning to their roots in new recordings. Beyond the odd timing, it was an admission of guilt that in moments, Jekyll+Hyde had gone way too far off the page and pissed off many loyal Zac Brown fans. The “back to our roots” announcement was also perfectly-curated posturing for what Zac Brown really had in store for the future.

Zac Brown now thinks he has it all figured out. Instead of putting the name “Zac Brown Band” on tracks that are basically him and some prick behind a MacBook, or waking up to the reality that all of this EDM garbage is the absolute antithesis of what Zac Brown Band fans want or expect from him and he’s terrible at it, he’s decided he’ll launch a side project, and hopefully that will stop everyone’s bitching about his EDM fetish, and he can satiate his stupid desire unfettered.

But all of this Sir Rosevelt stuff arguably makes things worse. Sure, call a spade a spade and if you want to make electronic music, actually call it that and credit the people who created it instead of calling it country. That was the irony of tracks like “Beautiful Drug” and “Tomorrow Never Comes” from Jekyll+Hyde. Here Zac Brown has assembled this badass band of some of the most top skilled instrumentalists in the business, yet the biggest single from the album barely featured any of them. Zac Brown Band has a full time fiddle player, and he performed on maybe two songs on the entire 16-song Jekyll+Hyde project.

But Zac Brown is the franchise, so everyone around him just goes along with wherever his whims take him. He’s like Shooter Jennings whose indulged his own dalliances into the weird electronic world without anyone around him willing to say, “Hey, is this really what you want to put your name behind?” because everyone around these guys sees them as their gravy train or stepping stone to their next big thing.

I don’t have any problem with electronic dance music or the people who enjoy it. If that’s what awakens your lust for life, then go crazy. And I’m sure there’s some artists out there doing some excellent and creative things in the electronic music realm. But Zac Brown is not one of them, and neither are these two lackeys he’s teamed up with.

Notice that in their original announcement of Sir Rosevelt, engineer Ben Simonetti—another Sir Rosevelt member—is sitting behind a Mac? So you can’t get away from your Apple products for three minutes even to make a stupid video? That shows you just how non-organic this collaboration is. They’re not huddling around acoustic guitars and legal pads, they’re composing beats and “sonic beds” around a laptop. Ben Simonetti is credited for “programming” on Zac Brown Band’s “Beautiful Drug.” And the other Sir Rosevelt member, Niko Moon, co-wrote “Beautiful Drug” with Zac. Basically Sir Rosevelt is the “Beautiful Drug” team formed into a band so Zac won’t wreck his country franchise with this formulaic pop nonsense. I mean they’re smoking hookahs in suit vests in the band photos. Could these dudes be more self-important?

What happened to the Zac Brown of The Grohl Sessions? How in God’s name did we go from that to this? It is not just about Zac Brown veering so completely off the beaten path that it alienates some closed-minded country listeners, it’s that the end result is just not very good. Sir Rosevelt is Zac Brown doubling down on this terrible direction, not making it better by isolating it from the Zac Brown Band brand. And as much as they want to present this as an autonomous project, of course they’re using Zac Brown Band social properties and infrastructure to get it out to the world, because otherwise nobody would be paying attention to it. All Sir Rosevelt will do is suck time, energy, and other resources away from the Zac Brown Band.

It appears that Zac Brown has spent too much time being bathed in adulation, and it’s all gone to his head. Remember the report about him being found in a hotel room at 2:40 in the morning with strippers and cocaine? That has got the be the most brushed under the rug country music story in 2016. Brown’s contracted some sort of weird version of music megalomania where he thinks he can do anything and be anybody, while he’s fallen head first into the dance club lifestyle. He’s a Georgia hillbilly that’s been dazzled by the bright lights of the big city. He wants to be a megastar and launch clothing brands. He wants to be the biggest thing in music. And you can’t do that by just fronting a Southern rock band.

Zac Brown can do a lot of things in music very well. But EDM is just not one of them. I’m all for artists exploring creative boundaries and “evolving” and all of that, but only if it’s truly evolution and working in new forms of creative expression instead of falling in line with whatever they think is most popular at the moment and will get them the most attention. And the sad part is, it’s very questionable if it will even work. “Beautiful Drug” failed before Big Machine put a big budget and pulled their industry strings to make it a marionetted success, and so far Sir Rosevelt looks like more of a musical oddity than a commercial success.

Bring back the beanie version of Zac Brown. This shit is awful.