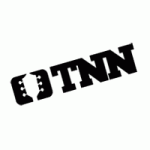 The fight to preserve classic country and present it to a new generation of fans may just have become a lot easier. After 12 years off the air, the original TNN, “The Nashville Network” has just announced it is coming back this summer, and is committed to “true country music.”

TNN has just announced through press release that they will be officially returning November 1st, and their flagship will be WSMV-TV, Nashville’s NBC affiliate. It will be available over-the-air on channel 4.2 as well as on Charter channel 91. TNN will also be added to Comcast in November.

TNN has also announced an affiliation with ABC 33/40 stations WCFT/WJSU/WBMA in Birmingham, AL (DMA 42). WCFT/WJSU/WBMA. They will begin broadcasting TNN on Nov. 1st as well.

TNN ran for 17 years from 1983 to 2000 until Viacom, which owns CMT, MTV, CBS, and many other networks, morphed the country music, outdoor lifestyle, and family entertainment channel into Spike, leaving many traditional and classic country fans underserved. The new TNN will be a sister network to My Family TV, TUFF TV, PBJ, MyCarTV and Frost Great Outdoors, and Luken Communications’ Retro Television (RTV).

This time, instead of a cable network, TNN will be a digital broadcast station, meaning it would be picked up by affiliates. The programming will be a mix of digitally-restored classic content from the TNN archive, with contemporary shows mixed in. Shows already scheduled to be a part of the TNN lineup include: Memories of the Grand Ole Opry, Crook & Chase, Celebrity Kitchen, The Country Vibe, Music City Tonight and Larry’s Country Diner.

The original announcement about TNN’s return was made at the 2012 NAB show in Las Vegas. Television and radio personalities Lorianne Crook and Charlie Chase teamed with Luken Communications and Jim Owens Entertainment to acquire the rights to the TNN brand.