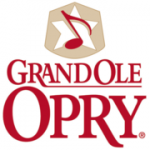 Back on April 30th, Saving Country Music asserted that The Grand Ole Opry was ripe to be spun off and sold from its parent company of Gaylord Entertainment, to the humor of many. Then a month later, lo and behold, Gaylord and The Grand Ole Opry were officially sold to Marriott for $210 million. But apparently the two top shareholders in Gaylord are unhappy with the Marriott deal, with the first one having to be bought out, and the second one Gabelli Funds LLC with a 15% percent stake in Gaylord, specifically asking Gaylord to spin off its Grand Ole Opry assets for the exact reasons Saving Country Music has asserted it should.

As Reuters reports, Gabelli’s concern is that with Gaylord transforming from a broadcasting and entertainment company to a real estate holdings company, Gaylord management will be unable to deal with the specific needs of The Grand Ole Opry. Gabelli said to a letter to Gaylord that under the Marriott deal, The Grand Ole Opry would suffocate and be neglected, but if it was spun off…

…with dedicated and focused management, Opry should better flourish and be an enormous success for shareholders.

Over the last 15 years, Gaylord Entertainment has dramatically shifted their business model from a broadcast and entertainment company, to a hospitality resort-holdings, real estate-based model. Gaylord used to own over 10 local television stations, as well as CMT, TNN, WKY Radio in Oklahoma City, The Daily Oklahoman newspaper, and the massive Acuff-Rose music publishing firm (now Sony ATV). All of these have now been sold off, with The Opry’s WSM the only remaining broadcasting arm of the business.

Today Gaylord’s core business is its 5 resorts and convention centers in Nashville, Orlando, Grapevine, TX (Dallas), National Harbor, MD, and Denver (scheduled to open 2014), as well as other real estate assets. If you take away the real estate and tourist component from The Grand Ole Opry, the Opry franchise sticks out like a sore thumb in the current Gaylord Entertainment business structure.

As part of the sale to Marriott, Gaylord wants to officially restructure into an REIT, or Real Estate Investment Trust, to unlock certain tax incentives, but both Gabelli, and the previous #1 investor in Gaylord, TRT Holdings, think that Gaylord negotiated a bad deal, and that restructuring into an REIT is a bad idea, especially because of Gaylord’s Grand Ole Opry assets. To satiate TRT holds, which owed a 21% stake in the company, Gaylord bought back 5 million of its shares for $185 million in July, making Gabelli now Gaylord’s #1 investor. Now that Gabelli is opposing the deal, and specifically because includes the Grand Ole Opry asset, the possibly the Grand Ole Opry will be spun off from Gaylord has never been greater.

The sale of Gaylord to Marriott comes up for a shareholder vote this week, where the fate of Gaylord’s future as an REIT and the status of The Grand Ole Opry will be big topics.

Why Is It Important Who Owns The Grand Ole Opry?

As Gabelli explains, if the Grand Ole Opry is buried in a corporate structure managed by people that are not aware or not used to managing a historic institution like the Opry, the likelihood is that it will not reach it’s fullest potential, as an institution or as an investment. If The Opry assets were either owned autonomously (if The Opry owned itself), or by another company that is better suited to understanding the specific needs of the Opry, it is more likely to earn a greater return for investors.

Hypothetically this would also be a better outcome for country music fans who have been frustrated by the current management and direction of The Opry. As it stands, many Opry decision are run through a corporate structure designed to manage hotels and real estate, not stage performers and country music personalities. Hypothetically, Gaylord coming under the Marriott umbrella would only make this worse, and The Opry being spun off could only make it better.