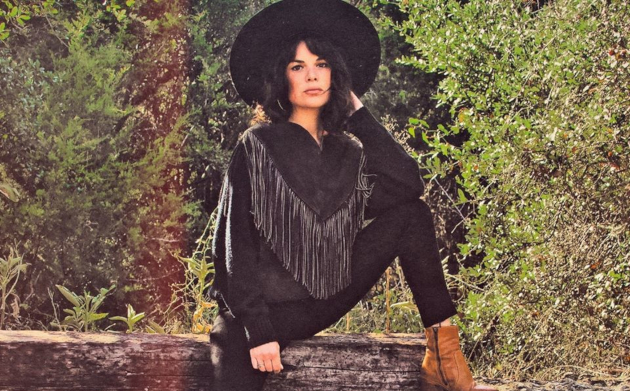 When looking to assemble a draft class of strong and talented country music women to return some balance to the genre, you better not let your gaze shoot over the head of Canadian-born, and Austin-forged singer/songwriter Whitney Rose. They don’t just hand out residencies at Austin’s legendary Continental Club to anyone, but they did to Whitney. With plenty of writing and singing talent, and over 500 shows logged from touring all around the world, she’s become a mainstay of independent country, yet one that feels like she still deserves more recognition.

Now Whitney Rose is back with her latest album We Still Go To Rodeos to be released on April 24th. Produced by Paul Kolderie of Uncle Tupelo and The Pixies fame, all 12 songs on the new record were written by Rose herself, and she’s also releasing it on her artist-owned label, MCG. 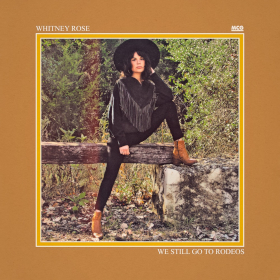 “I don’t want to make the same album over and over again and this one is no different,” Whitney Rose says. “I’m not changing styles or redirecting my career as much as I’m expanding on avenues that I’ve explored previously. Maybe it’s because I heard Marty Stuart call Tom Petty and the Heartbreakers the best country band of all time and I got excited. In any case, this record has some distinct differences in production style and instrumental focus from previous works and I’m proud of the outcome.”

“I feel like I’m in a good place with the release of this record,” Rose says. “I haven’t done everything I’d like to do in my career, but I’m very grateful to look behind me and see that I’ve steadily—albeit slowly—climbed upwards and achieved some of my goals. As far as I can tell, no music career or road to success is ever the same as another. Mine hasn’t been perfect by any stretch, but when I think about it so far, I never find myself wishing it were different. I’m proud of my output as a songwriter, I’m proud to have had the opportunity to perform in so many places around the world, and I’m extremely humbled and grateful to have worked with so many artists I admire along the way.”

Ahead of the new album, Whitney Rose has released a new song called “Believe Me, Angela.” It includes the twangy heart we’re used to hearing from Whitney, but with a little West Coast jangle which may hint at what we have in store, and some very tasty guitar solos to go with Whitney’s compelling writing.

We Still Go To Rodeos is now available for pre-order.