Why Justin Timberlake Should Make a Country Record. And Now. 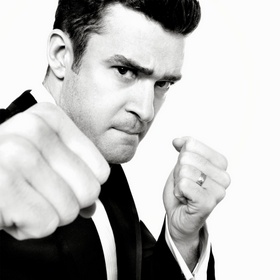 What on God’s wide creation would compel a cantankerous country music critic who normally would rear up like an infuriated grizzly bear on its hind legs whenever some washed up rocker or crumbling pop princess decides that country music is the nursing home of their career and actually call for a pop star to crossover into country?

These artists were pretty terrible at making “country” records to begin with. Then you start trying to squeeze them into sport coats two sizes too small and ask them to sing falsetto and throw dance moves down to syncopated rhythms, and the whole thing is about as seductive as a dumpster fire fueled by soiled baby diapers. What the hell happened with this thing? This is supposed to be country music, right?

The only thing challenging the sinister nature of the sounds of these disco country offerings is the depth of penetration this malevolent trend has achieved throughout the populous of male country stars. Of course the stables of idiotic trend chasers who will do anything for a buck were all over this craze when their producers and label lackeys told them this was the next big thing, but hell, Gary Allan? Randy Houser? This is like a bad zombie movie where nobody is spared from the wave of flesh-eating pestilence.

And don’t give me that “Ooh, country music can’t sound like Johnny Cash forever old man, it needs to evolve!” Screw that. This R&B country is just bad music no matter how you slice it.

And that’s why ladies and gentlemen I propose that we need Justin Timberlake to show up and wipe his ass with these half-baked hayseed country hacks trying to take a stab at R&B by showing them how someone who has actually perfected the discipline over his entire freaking career does it. One Justin Timberlake country single, and the ditsy front row panty line chicks who screech all over the music at arena concerts would be saying, “Thomas Rhett, who?”

Hell I can’t even count myself a Justin Timberlake fan. Ask me to name one of his songs beyond “SexyBack” and I stumble mightily, and don’t have the spare energy to navigate to Wikipedia to discover any more. But I’ll sure as shit guarantee you a Timberlake country record can’t be any worse than what “country” music is offering up right now via drum programs and MacBooks, and it would probably be more country.

Timberlake has been hinting of making a country record for years now. Back in 2013 he said, [I] grew up outside of Memphis, Tennessee. Listened to country music, R&B music, classic rock, you know, everything”¦I still got my eyes set on a Best Country Album. There is time for that.”

Yeah Justin, and the time is now.

So in the interest of decapitating the current Metro-Bro trend, I invite you, Mr. Timberlake, to make a country record. As one of the assholes who can be counted on to be screaming and shouting every time some falling pop star wants to use country as their safety net, I hereby promise to sheathe my claws, lay down the poison pen, and offer you safe passage to nothing but the finest studios and best session players on Music Row to do your worst.

…and of course, the end result will probably be a collaboration with Sam Hunt, and a remix with Ludacris.