Yelawolf Has No Place In Country and Roots Music

Here at Saving Country Music, we have put ourselves squarely on the front lines of opposing the infiltration of hip hop into the country genre, or possibly, the takeover of country by hip-hop, that seems to be pervading the current mainstream country music landscape. Unlike many others that flee from this fight, I am willing to take the charges of racism and closed-mindedness to fight for the preservation of diversity and contrast in music.

My first observation about Yelawolf is that he is not country, in any way. This isn’t a guy trying to bridge country and hip-hop, like Colt Ford or The Moonshine Bandits, he is a hip-hop artist, plain and simple. Sure, some of his songs may have what could be considered country themes, but each would be balanced out with a half dozen misogynistic and self-absorbed songs that offer no real contrast from mainstream hip-hop whatsoever. So what makes him country or roots, the fact he’s white and from Alabama? Well then you’re just giving into stereotypes. 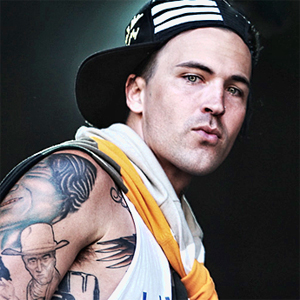 My second observation is that Yelawolf is in no way unknown, underground, independent, or otherwise in need of material support from anybody. He is a major label artist signed to Interscope, on Eminem’s Shady Records imprint. In fact, not only could you use him to make the case of how hip-hop is infiltrating roots infrastructure, you could also use him to illustrate how major labels are doing the same thing. And not only is he well-connected, he is wildly popular. As an example, his video for “Pop The Trunk” on YouTube has nearly 7 million hits. Another video, “I Just Wanna Party”, has over 6 million hits, “Daddy’s Lambo” has nearly 5 million hits, and he has 3 more videos with over 1 million hits, and 3 more with over 500,000.

To put it in perspective, Hank3, arguably the largest underground country artist, only has one video over 1 million hits. Shooter Jennings’ biggest video has just over 500,000, and Justin Townes Earle, who was supposed to be the headliner of Nashville’s Soundland that Yelawolf played at, doesn’t have a video with over 200,000 hits. Granted, this is an anecdotal measurement, but it is hard to argue that Yealwolf is anything short of a mega star. Why independent roots entities feel the need to extend him support is beyond me, and smacks of pandering to his fan base to drive numbers.

However, just because an artist is not country or roots-based, or is on a major label, or is popular, doesn’t mean that artist is bad. So I decided to give some of these Yelawolf tunes an honest listen to try and discover what the appeal is in certain roots circles.

I started off with “Pop The Trunk”, his highest ranking video on YouTube, and a song I can see someone making the case for having country themes. Strictly from a lyrical standpoint, this song is not terrible, and I can can see where the appeal would be. The song offers a glimpse into a socioeconomic trend where very poor white people from the deep South reach out to hip-hop and urban culture as an escape, and for identity. This trend is what is fueling the country rap movement. It’s also the trend Eric Church highlighted from the opposite perspective in his song “Home Boy”, whose positive review on SCM drew the ire of some, but was based on Eric highlighting the very root and very real problem of rural culture destruction.

As family farms are sold off, either from foreclosures or the encroachment of suburban housing tracts, rural land owners cling to smaller and smaller assets while their rural culture and sense of community disappears, isolating them from modern society, and sometimes, causing them to turn to drug production and/or abuse, as their children turn to the most dominant culture available as an escape from something they are raised being ashamed of. Yealwolf does an excellent job capturing this scary and subversive trend in the first verse of “Pop The Trunk”.

But then in the second verse Yelawolf reverts back to the same old misogynistic and materialistic themes that pervade and pervert what might be otherwise good music when he starts talking about “bitches” and “Monte Carlos”, while images of pimped out sedans and immature pot use fill the screen with shallow and all-too-predictable imagery.

Without question, the song is real, and is filled with truth, and I don’t want to discredit that. Like Yelwolf says in the 3rd verse, “This ain’t no figment of my imagination this is where I live, ‘Bama.” From a sociological standpoint, I understand that Yelawolf is a product of the declining rural landscape, but at the same time, though at times he may be raging against these trends, or at least chronicling them in the traditional troubadour sense, he’s also helping to fuel them with the all-too-predictable mysogeny, materialism, excessive drug references, and just a general lack of subtly or values found in most mainstream hip-hop music, and by perpetuating stereotypes.

It was all downhill with the other Yelawolf songs I checked out. “I Just Wanna Party” was just a pathetic and predictable hip-hop party song with no redeeming value, and reminded me why I never want to birth a daughter into a world where a bunch of greasy assholes with no game have to turn to alcohol to get girls to pass out so they can rape them. It is the hip-hop version of Toby Keith’s awful new song “Red Solo Cup”, and honestly erases any value of any other Yelawolf song. “Daddy’s Lambo” was not much better, and at that point, for my health, I bailed out of the Yelawolf experiment.

I’m not saying the guy has no talent. There’s many Music Row artists that are very talented too. But just like them, Yelawolf has decided to use that talent for evil, and so I have no use for him or his music, and anywhere Yelawolf is penetrating into roots infrastructure, it should be dealt with as an infection. The first rule to art appreciation is that if you like it, that’s all that matters, and so if you like Yelawolf, don’t let my or anyone else’s opinions sway you from the enjoyment of music. But this will likely be the last time you will see Yelawolf be talked about here, because somewhere there is a roots artists that deserves and needs the attention much more. And if all roots-based entities would adopt that rule, I would’ve never needed to talk about him at all.