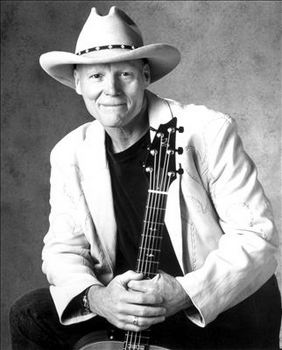 Esteemed country and western songwriter and performer Chuck Pyle has passed away. According to his long-time manager, Pyle died unexpectedly Friday evening (11-6) in Palmer Lake, Colorado, where he lived in a historic cabin. He was 70-years-old. Known as the “Zen Cowboy,” Chuck had just released a new album this year, and had numerous dates booked on his touring schedule when he passed.

UPDATE: According to KKTV in Colorado, Pyle was pulled from Palmer Lake and found in critical condition on Friday. He later passed away.

Chuck Pyle was born on January 28th, 1945, and was raised in Newton, Iowa where he sang in the school choir and performed his first show at the Iowa Farm Bureau when he was 13-years-old. He moved to the Boulder, Colorado area in 1965, and while watching a performance by Michael Martin Murphey in 1970, decided he wanted to become a songwriter.

Soon Pyle’s music well-known in the Rocky Mountain state, and many of his songs were inspired by his surroundings in Colorado’s mountains. After writing the theme song to the PBS show Spirit of Colorado, he was selected to sing at the opening sessions of the Colorado Legislature. He also regularly played New Thought churches around the country after first playing the Unity Church of Boulder in 1986. The “zen” in his nickname came for the spiritual approach Chuck brought to his music.

Pyle toured all around the country as a one man show, playing about 100 dates a year at small venues, house concerts, and festivals. Not just known as a singer and songwriter, his “Chuck Pyle Finger-Style” guitar technique—where he plucked the base notes with his thumb and used his first three fingers to play the melody—was enjoyed by audiences, and taught by Pyle at guitar workshops.

Chuck Pyle released Cover Stories in 2015. It was an album that covered songs from songwriters he admired such as Walt Wilkins, Lynn Miles, and Hayes Carll. He released 13 albums in all during his career.