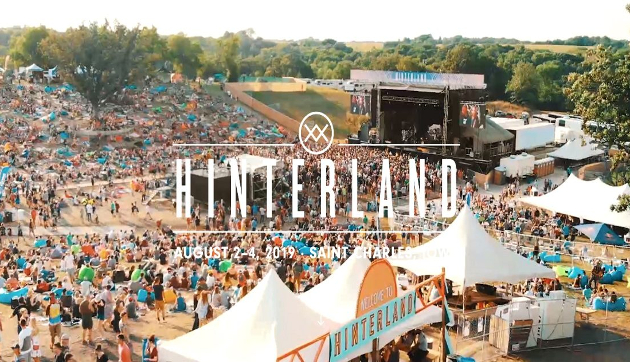 Four the last four year, the Hinterland Festival in Iowa (just south of Des Moines) has boasted some of the best country and Americana lineups in the Midwest, and 2019 is no different. Set to take place August 2nd thru 4th, the festival just got an additional boost by the results of the 2019 Grammy Awards where two of the biggest winners also happen to comprise two of the festival’s top headliners.

Along with Jason Isbell and the 400 Unit, 3-time Grammy-winning Brandi Carlie will take the stage, as will brand new Grammy Album of the Year winner Kacey Musgraves. The undercard isn’t slacking either, with Colter Wall, John Moreland, The Wood Brothers, and The War & Treaty all making Hinterland 2019 appearances. There’s also plenty of Americana adjacent indie rock on the lineup like Dawes and Jade Bird, so hopefully there’s something on the lineup that can also get your significant other or best friend excited to make the trek with you.

The 2019 Grammy Awards were a big boon for country and Americana, and festivals all around the country like Hinterland will benefit from their newly-awarded talent taking the stage. Held at the Avenue of the Saints Amphitheater in St. Charles, Hinterland is organized by Sam Summers, co-owner of a local music venue. 2019 is the first year the festival will be held on three days. For more information, go to hinterlandiowa.com . 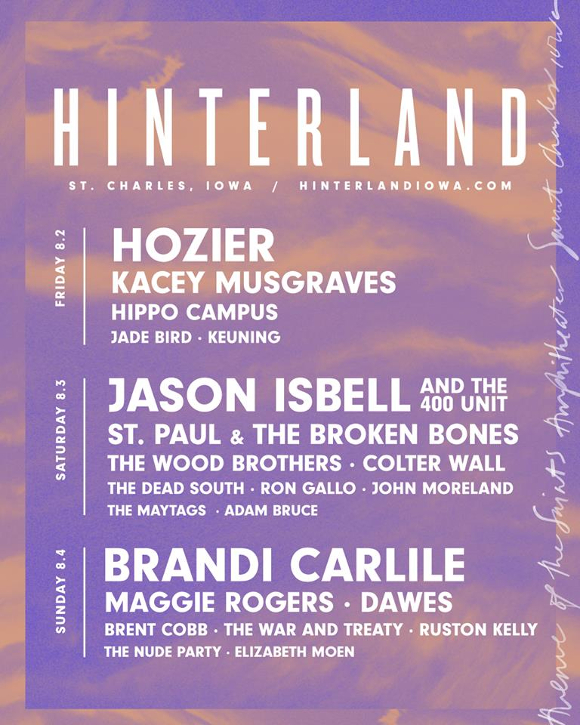