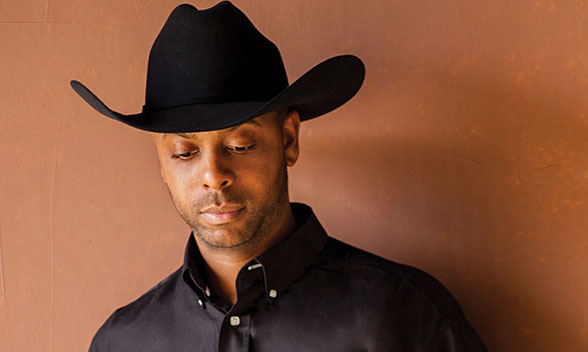 The true love of country music knows no borders, no boundaries, no race, gender, class, political, or religious affiliation. The idea that country music can only be made and enjoyed by individuals of a certain stripe living in the deep South is an artifice of misguided thought that doesn’t consider the deeper seeded appeal of the music, and the diverse population who identifies with its themes of hurt, hope, and hearth.

Country music is for everyone, as long as it’s actually country, and isn’t changed to fit the profile of people, but is presented in its authentic form. If country music wants to appeal to more people, it shouldn’t conform itself to other’s desires, or cloak itself in other genres. It should dispel the myth that country music is only for Southern whites, and emphasize what makes it different from other music as opposed to apologizing for its unique character. Country music should sell people on why country music is special.

Trust me, you go poking around certain neighborhoods north of the Mason Dixon Line, even in the intercity, and you’ll be surprised how many closet country music fans you will find. And they’re not listening to Sam Hunt when no one’s watching. They’re listening to Garth Brooks, George Strait, and Alan Jackson. There’s something about those Southern harmonies and rural themes that is universal, and timeless. It’s like a compass, a constant, in an ever-increasingly culturally diluted and stridently divided world. 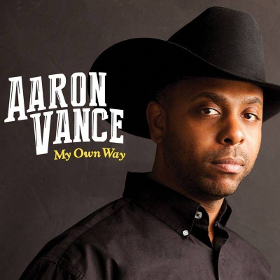 Aaron Vance is from Mississippi, and the son of a preacher. You can bet that making country music never came across as a foreign endeavor to him. When you hear Vance sing, you know it’s his true calling, and what he was born to do. His passion for authentic country is articulated right there in his original songs. It’s only the misguided stigma that surrounds country music that even makes some consider giving him a second take.

For individuals like Aaron Vance, or the country traditionalist from Long Island, or the bluegrass picker from Germany, they can’t fake their passion for country, because they’re going to face a natural adversity at every turn that will test their resolve. For Vance, it’s double hard, because as a traditionalist in Nashville, he faces the additional whammy of having the industry try to bleed the roots out of his music.

It may be a stretch to call My Own Way Aaron Vance’s “Outlaw” album, but he certainly uses it as his opportunity to tell Nashville, his fans, and maybe himself that he’s not changing for anything. He came to Music City to make country music, and that’s what he’s going to do. He’s not changing course, or shifting what the term “country” means just to make his way easier. What good is living the country music dream if you’re not making country when you get there? If you come to town with ideals and tell yourself you’ll just compromise a little to get ahead, next thing you know you’re sliding down a slippery slope, and end up sounding like a knock off of Luke Bryan.

The title track of My Own Way finds Aaron Vance confidently proclaiming his freedom and resolve to make music that appeals to him and to be himself amid the pressures of Music Row and life breathing down his neck, trying to shape him in their image. The “Where Did Music Row Go Blues” covers a host of Nashville grievances, from the abandonment of the city’s roots, to the rising skyline trampling the historical landmarks of Nashville under foot. “Living The Dream” is Aaron finding peace with the understanding that he’s doing what he wants, which is playing country music, and that’s all the dream he needs to fulfill, not go reaching for some financial ceiling that’s unattainable without compromise.

In between Aaron Vance sings love songs, which all the great Outlaws did in more doses then their legends sometimes give them credit for. The one issue with Aaron’s music has been that even though he marches to the beat of his own drummer, he still writes and records his music on Music Row, so it still carries some of that extra polish and lack of grit that you really crave from old country. It could use a little bit of sweat and scruff on these recordings, and take a more inspired as opposed to methodical, professional approach to the songwriting.

At the same time, the straight-laced nature of Aaron Vance is part of his appeal. Like country music, he’s a constant—a steady hand on the wheel, an assurance in a troubling world, a place of comfort. His song “Let’s Get Along” says it perfectly. Black or white, Republican or Democrat, we’re all just people. And all of those people can find appeal in country music.

Purchase Aaron Vance’s My Own Way

Aaron Vance, My Own Way, Review