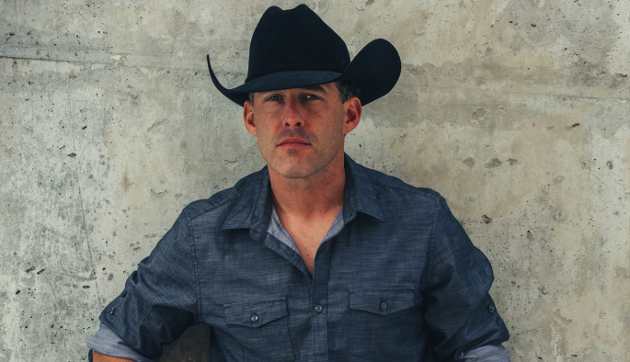 Aaron Watson always makes for an interesting discussion point. Here’s a guy who is completely independent. He owns his own record label distributed through Thirty Tigers. Aside from some regional stuff in Texas, he’s not really on the radio, or at least not on mainstream corporate radio. At least not yet. And over the next week or so we’ll be watching closely because there is a chance he will beat out what is arguably the biggest country group going right now in Little Big Town to have the #1 record in country music.

When Aaron Watson released his last record The Underdog in 2015, he became the first independently-signed solo male to ever have a #1. As far as independent country artists go, he’s in the very top echelon of the field, right there with Jason Isbell and Blackberry Smoke.

But this is the thing with Arron Watson: He’s just kind of a rare bird. Usually independent artists also tend to have a bit of a tortured soul thing going on within them, while mainstream country artists are more even keeled and amiable. Aaron Watson is kind a mix of these two things. He writes all of his own songs, sometimes with the help of others, but usually relying on himself as the primary contributor. This is a very common practice for an independent-minded musician. But unlike a lot of these independent songwriters, Watson doesn’t live burdened by some dark, disturbed, or addiction-riddled or recovered perspective. It doesn’t mean Aaron hasn’t seen adversity, hardship, or heartbreak in his life, or that he hasn’t written material to that end. Go listen to his song “Bluebonnets” if you believe otherwise.

But overall, he’s a balanced and happy family man with a healthy home life and a positive disposition. And this comes through in his songs. He wants to have a good time, and he wants his crowds to have a good time. That means he’s going to deliver a few lighthearted songs, whether you see him live or pick up his latest album. Some are even going to feel little cliché. And some, especially to independent country fans, are going to feel like sellout moments.

It’s not because Aaron Watson is selling out, because frankly, that’s not even a possibility for an artist like him. Mainstream corporate radio is not going pick up his latest single no matter what it sounds like. Or if they do, what it sounds like will have no bearing on the song’s success, especially now that songs like William Michael Morgan’s “I Met A Girl,” or Tim McGraw’s “Humble and Kind” have hit #1. Either the mainstream will accept Aaron Watson, or they won’t. If catering certain songs to current trends is all it would take for Aaron to get on the radio, that would have happened for him three albums ago.

Yet every time Aaron Watson releases a song or album, much discussion occurs, and some consternation from independent and traditional fans. “Trig, did you just hear that new Aaron Watson song ‘Outta Style?’ What the hell is that?” 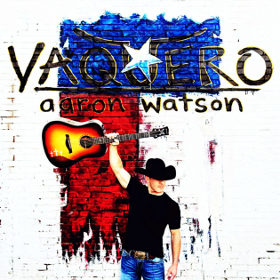 Actually that doesn’t even represent the worst of Aaron Watson’s new album, Vaquero. At least “Outta Style” is driven by a fiddle, and though rabidly cliché in the lyricism—almost as if it was purposeful—it’s at least a little fun. “Outta Style” is a guilty pleasure if most listeners would truly level with you. “Run Wild Horses” on the other hand finds Watson trying his hand at the whole Metrosexual, R&B style country thing that’s all the rage, with the only saving grace being the extended guitar solo on the end, making the 5:30 song incompatible with radio, at least in album form. And that’s one reason you know Aaron is doing this because he wants to, and because he wants to serve the public what he thinks they want to hear, not because he has designs on radio superstardom.

But like with every Aaron Watson album, you can either let your attention gravitate to the material that will anger your blood as a traditional country fan who’s heard about this independent artist shaking up the industry, or you can focus on the majority of the material that is much more in line with what you would hope an independent country hero would deliver.

Generally speaking Vaquero is what you should expect from Aaron Watson now some 11 studio records into his career. There are some deep songs, there are some songwriter songs, there are songs that make you think, and some songs that allow you float away on a catchy rhythm and melody. In an ideal country world, Aaron Watson would represent the norm for mainstream country radio: sensible, accessible, smart at times, sentimental in others, but rarely or never making you feel stupid or alienated like much of country radio does today.

Yet Vaquero does feel like a special project in a thematic sense. The underlying theme of Aaron’s last album The Underdog was about overcoming the natural advertises that beset those with an independent spirit, and rising up through that adversity your own way. And how brilliantly it was all capped off when the album went to #1. Vaquero is about a time and place, and whether Watson meant to stumble into a very relevant, poignant, and frankly in some respects, polarizing topic, that is what he did with this record’s cross border theme.

In a rush to hunker down in predisposed political stances, which the current season has exacerbated to a fevered pitch not seen in recent history, we’ve forgotten how complex the whole issue of Mexicans in America is. Texas and Mexico are neighbors. They share a massive border, common geography and culture, and a shared narrative that predates the formation of the modern United States. If you’re a Caucasian living in Texas in 2017, you’re a minority. The culture and legacy of Texas and Mexico are interwoven. And this isn’t just a point to disprove how misguided some are who want to resist the pressures from south of the border, but also for those who incorrectly see the Lone Star State as some lily white ultra-conservative monoculture. In reality Texas is an incredibly diverse, and culturally-rich tapestry heavily influenced from its south since its inception that used to be a part of Mexico. And many, if not all of the great Texas songwriters over the years have not only identified this, but worked this into their music almost as a rite of passage.

One of the reasons so many people have flowed over the Texas border in recent years is because big companies have enticed these low-income workers to come, and because bored Americans’ insatiable appetite for drugs has created a war zone of Mexico and South America for decades, causing a constant flow of refugees looking for peace and stability. Blood has flowed to get America high. Hundreds of thousands of families have paid the ultimate price. And so many have come seeking solace from many of the problems the United States has caused. Some are “bad dudes.” Others are good families fleeing war zones looking for safety.

Aaron Watson identifies these issues, and the shared experience Texas and Mexico enjoy and endure in the song “Clear Isabel,” and indirectly in other songs like the title track, the instrumental “Mariano’s Dream,” and “Amen, Amigo.” There are many songs on Vaquero that don’t mention anything about the Mexican influence in Texas. After all, this album has sixteen songs, and those who complain that Aaron Watson should have spent more time purifying and honing his songwriting skills on a few less tracks than spreading himself a little thin have a valid point.

But you also can’t make a purely Texas record while not acknowledging one of the biggest influences to the culture of the state. Aaron Watson isn’t preaching or getting political here. He’s just telling the story of Texas—all of it. This takes guts in itself in the current climate, because it’s easy to take any simple message and construe it into and extreme viewpoint. Yet where Watson’s true sentiment and perspective lies is in one of the best-written and sincere songs on the album, “They Don’t Make Em Like They Used To,” which talks about listening instead of shouting, respecting people from all different viewpoints, and how from country music to people who try to find the good in everyone, the best things in life are slowly falling away.

This isn’t a concept record though. Vaquero has quite a few fun moments in it, especially at the beginning. Watson and producer Marshall Altman have a good ear of taking traditional instrumentation like a fiddle, and feeding it into more contemporary arrangements to give you sort of the best of both worlds. No, it’s not pure country, but it’s not complete pap like the radio blurts out either. Though traditional country fans often get yoked with believing the contrary, country music must evolve, and artist like Aaron Watson and an album like Vaquero is one example of how it could without completely disconnecting from its roots. The song “These Boots Have Roots” is a pretty good example.

Near the end is where some of the best material of Vaquero occurs. “The Arrow,” though an idea done many times before, is pretty deftly written. “Rolling Stone” is pretty smart in a traditional country kind of way too. And “Diamonds & Daughters” is pretty damn sweet, showing off Aaron’s sentimental side, and his eternal gratefulness for his life that shines through most everything he sings.