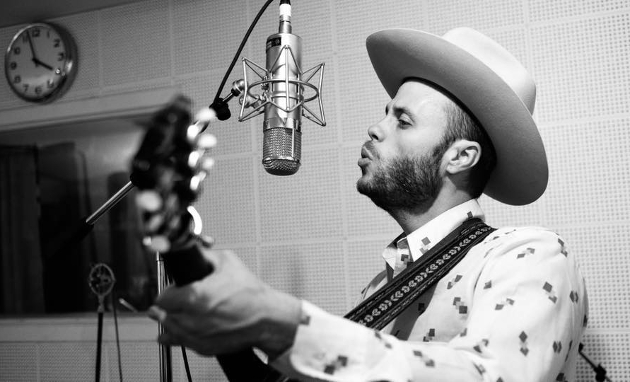 What is American roots music, or “Americana”? It is the founding musical art forms of America that sprang from the early settlers of the continent which over time have intertwined with each other, forming a strong, cohesive trunk where new branches sprout from and support new life, but with all veins leading back to a greater foundation rendered sturdy and nourishing from deep roots, supported by decades upon decades of devotion to art forms, and brought under one phylum from their timeless nature.

This is how traditional country can feel so close to old blues and primitive rock and roll, and even Cajun music and ragtime soul settle into the equation. They’re all different, but they’re all the same because it’s the music that came before, and the music that will always be, regardless of the direction the fickle winds of trend or popular culture blow.

Rarely, if ever before have we seen an artist who illustrates both the complexity of American roots music, yet ratifies their striking similarity as Charley Crockett. He possesses the ability to intuitively blend various roots forms together naturally because he holds by God authenticity in multiple cultures where specific strains of roots music originated from. He is of both Caucasian and Creole decent, raised partly in both Texas and Louisiana, and is able to draw a direct line of descendants between himself and a famous American folk hero named Davy. Charley Crockett’s accent isn’t an affectation. His style isn’t adopted. Like other old souls such as Pokey LaFarge, this is not an act. Charley Crockett is acting the only way he knows how, which is to be himself. 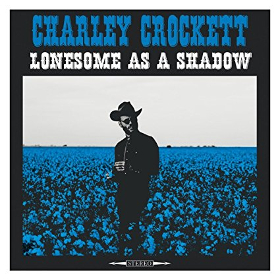 Charley Crockett has paid his dues in country, and in music. He spent years busking all around the United States and world, from the deep south to the West Coast, and even into Europe and North Africa, perfecting his particular strain of blended roots music for the spare change of passers by. For the last couple of years, he’s been cutting his teeth opening for Oklahoma’s Turnpike Troubadours, and that touring experience has garnered him a strong following. When he finally landed a record deal with the independent-minded Thirty Tigers, the first thing he did was release a 15-song compendium of classic country covers, not in a bid to become a cover band, but to prove his devotion to the music before venturing out to make his own.

Lonesome As A Shadow is hard to define, and easy to love as Charley Crockett comes across as part Hank Williams, part Otis Redding, yet all himself. Don’t expect an exclusively country music affair from any song. In fact Crockett may be at his best here when he finds a soulful groove and sticks to it, like in “If Not The Fool” and “Oh So Shaky.” You will hear some steel guitar on this record, but you will also hear plenty of vibrato from the organ, and a few horns.

The writing of Lonesome As A Shadow is mostly where the country influence emerges. Songwriting may not be the primary reason to listen to this record, with some of the songs and phrases feeling fairly stock. But as opposed to trying to woo you with eloquent poetic turns or involved character narrative, it’s Charley Crockett’s folksy language, simple sentiments, and honest delivery that make the songs endearing, and at times, enriching, like Hank Williams and other early American music writers did.

Some will find it too arduous to make it past what sounds like a lisp in Crockett’s singing, while others will find this to be the marker of character they’re looking for in music. Charley Crockett sings how he talks, and he lives what he sings. The product of a single mother and street performing, he’s real world wise, and when he talks about wicked women and being as lonesome as a shadow, or feeling lost without a home in the modern world, they come as first hand accounts.

The songs of Lonesome As A Shadow also come and go very quickly. Out of the 12 tracks, only one is longer than 3 minutes, and 8 of them clock under 2 1/2. Some of the selections feel a little undercooked. They needed an extra verse to help you relate to the character, or could have benefited from a guitar solo or another pass by the horn section. It’s also fair to note that if you check the length or composition of your average Hank Williams song, the same could be said. But when Charley Crockett hits on something, which is usually more of a groove than a melody, he really sits down in it, and makes the moment sublime.

American roots music is a brilliant tapestry composed of rich and diverse cultures all coming together for strength and camaraderie in an era when the past is to easily, and to quickly cast off or left behind. Authentic characters like Charley Crockett remind us of who we are, and where we came from, regardless of our disparate backgrounds. They act like buffers to the rabid gentrification of culture, and awaken ghosts in the sounds they compose, and the stories they tell. Lonesome As A Shadow feels more like a start than a peak, but it’s a very promising one from a performer who embodies the spirit and compositional makeup of American roots music like few we’ve seen before.

Purchase Lonesome As a Shadow from Charley Crockett

Purchase Lonesome As a Shadow from Amazon