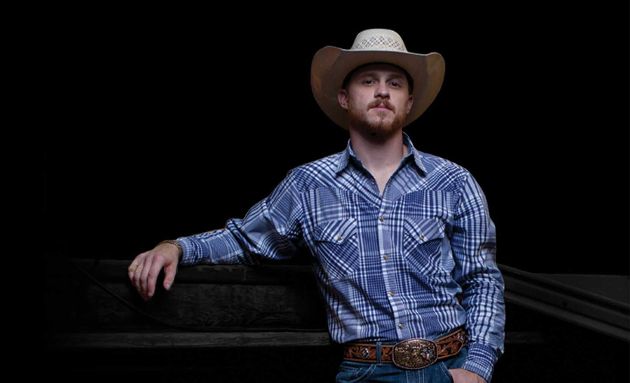 For how many years have country fans from all across the world looked towards the two parallel one-way streets just east of downtown Nashville called “Music Row” with frustration, bewilderment, and even outright disgust, and then dreamed of a scenario where the whole mess could be switched out like a reversible sweater for what’s happening down in Texas, and pull off one incredible and unequivocal musical upgrade?

For how many years have we stood stupefied as the biggest artists in Texas music remain in relative obscurity outside of the region while the next unproven guy with a snazzy haircut and no fan base gets plucked off the street and placed in front of a EDM producer and Auto-tuner, and all of a sudden has a hit on country radio?

How many times have we said, “Hell, we understand that not every Texas artist should get their shot, but look at Cody Johnson. The guy sells out arenas in Texas, had a #2 album on the country albums charts, and a Top 40 radio song even without support from a record label. Give this his man his day.”

It’s not that Texas country artists haven’t enjoyed their shots at the big time in Nashville before. But they’re often too authentic, too independently-minded, too unwilling to compromise for Nashville, or for Nashville to compromise with them, resulting in disappoint and missed opportunities for both parties. Texas country artists have always come to the negotiating table feeling like they’re regional stars and Nashville has the upper hand. But this one is different, because Cody Johnson came to Music City in such a position of power and strength, he could demand full creative autonomy and still keep partial ownership via his company CoJo Music, yet still get the full muscle of a major Nashville label behind him.

Dedicated Cody Johnson fans will disagree of course, but the Huntsville, TX native is not the best thing Texas country music has to offer. There are better songwriters, and maybe even more engaging live acts from the Lone Star State. But the one thing you can never question or mistake about Cody Johnson is that he’s country. If there was ever a chip off the old George Strait block, it would be Cody Johnson. If there was ever a guy less likely to succumb to country rap or some other popular trend, it would be Cody Johnson. He’s also proven wide appeal among the populous without compromising who he is. Cody Johnson may not be the best, but he’s the best candidate to walk proud shouldered into the soul-sucking machine that is Music Row, and not just persevere, but succeed and make the best of the opportunity.

If anything, Cody Johnson’s major label debut Ain’t Nothin’ To It is just as country as his previous records, if not more. And it may be just as well-written, if not better. That’s the other concern you have when a Texas country artist finally gets his shot at the big time, especially if they already have a bevy of releases under their belt like Cody does. Did they shoot all their best bullets off getting there, only to arrive with nothing left in the chamber? That’s definitely not the case with Ain’t Nothin’ To It.

Blessed with a good variety of songs that fit many specific moods and tastes, if there was any specific takeaway from Ain’t Nothin’ To It, it’s that Cody Johnson is maturing at the right time. Some of his earlier albums were anchored by songs that were a little too self-ingratiating. This album is anchored by songs that speak to life and love, songs like “Noise,” “Fenceposts,” “Nothin’ On You,” and the current single that’s enjoying solid traction on radio, “On My Way To You.” Cody Johnson’s significant other will be impressed with this record if nobody else is. These are songs for adults, by an adult, but ones that are not saddled with over-sentimentality. They’re made endearing by Cody Johnson’s authentic, plain spoken Southern-isms underpinned by poetic intelligence, and penned perfectly for Cody’s Texas drawl and delivery.

Cody Johnson also comes from a world where if you can’t get the boots scooting across the floor and the Stetsons swaying, you won’t stick around long on the honky tonk circuit, and that’s what songs like “Honky Tonk Mood” and “Where Cowboys Are King” are custom made for. Sure these tracks are a little cliche on the songwriting side, but they’re heavy in entertainment value, and are what have made Cody Johnson the A1 entertainment choice for many cowboys and cowgirls in Texas on Friday and Saturday nights for years now, earning him an incredibly loyal fan base that he sings direct to in the song “Y’all People.”

With 13 tracks you’re going to have a couple of miscues, and one of them feels like Johnson’s cover of “Long Haired Country Boy.” The rendition is fine, it’s just a strange choice from the short-haired, collared, and buttoned-up Cody Johnson, and his short haired, collared, and buttoned-up crowd. Also this song has taken on all kinds of weird tastes as Charlie Daniels has gone from the bridge between the hippie and redneck worlds, to trying to convince us that Iran might invade any moment and enact Sharia law. Cody’s “Doubt Me Now” feels like a twangy version of a Taylor Swift empowerment tune, though once again it’s hard not to be sucked in by the energy and passion with which it’s delivered.

The record arguably reaches its high mark with the well-composed and sentimental “Monday Morning Merle.” Songs listing off the titles of other country songs are a dime a dozen these days, but one done well that still tells a story and encapsulates an emotion is rare. “Dear Rodeo” also stands out, and underscores what makes Cody Johnson a stand out himself.

How many years have we been saying that we’re tired of all the fake personalities in country—all the Belmont University graduates in their fashion ripped jeans? Cody Johnson doesn’t just sing it, he lived it. He worked the oil rigs in Texas and went on the rodeo circuit, and he has the scars to prove it. The reason Cody Johnson has earned such undying loyalty from his fans is because he’s one of them. And Cody’s authenticity and the loyalty of his fans is what allowed him to walk on to Music Row for a deal, and walk off with a record like Ain’t Nothin To It, which doesn’t display any ground given, or any compromise. Cody Johnson didn’t need Music Row. Music Row needed Cody Johnson. You may not love Ain’t Nothin To It. You may find it a little too straight laced, or the songwriting a little shallow in moments. But it’s 100% Cody Johnson, and his fans will love it.

Better albums will be released in country music in 2019. But just appreciate that Cody Johnson’s Ain’t Nothin’ To It is a mainstream release. It will go #1 in all of country music. Cody’s got a song that is doing well on radio. This is the moment that a truly independent Texas music artist went to Nashville, did it his way, and succeeded. It’s country, and cool, and twangy. And all of country music is better off for it.

Purchase Ain’t Nothin’ To It