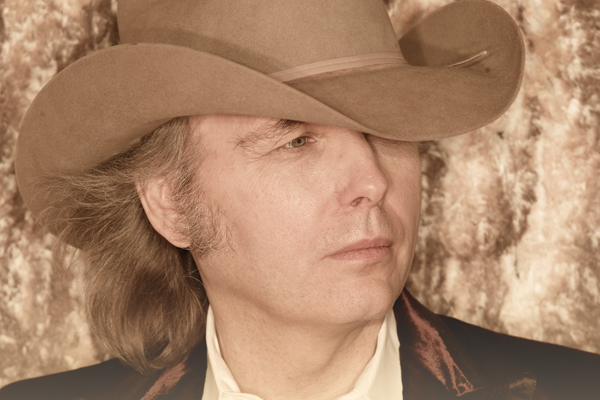 Regardless of what anyone may think about the music on Dwight’s latest record, it should be a point of universal consensus that it is good to have him carousing around country music once again. That dark age when it seemed he was dedicated more to his acting career was a difficult pill for fans of Dwight the musician to swallow, and say what you will about the Grammy Awards or Eric Church, having Dwight class up the joint as either an opener or duet partner with Brandy Clark sure makes being a country music fan so much easier to stomach.

There’s just a cool factor about Dwight that appears will never wear off, regardless if the hips don’t shake and the knees don’t knock as much as they used to, or even if he’s the perfect specimen for male pattern baldness under the low brim of that cowboy hat. He’s still Dwight, and that caramel voice and cutting yodel will never be deprecated.

It’s the voice where Yoakam’s special power resides. Put him right up there with George Jones and Vern Gosdin for the upper crust crooning overlords in the entire history of the country genre. Just reference Johnny Cash who once called Yoakam his favorite country singer. After Dwight ducked out of the original album cutting business for a full seven years, he came back in 2012 with 3 Pears. Though the effort seemed valiant, and the vaunted Beck Hansen showed up to co-produce (and some guy named Robert Ritchie co-write a song), the focal point of Dwight’s voice seemed to get a little lost in the effort to make an album more about songs and stylization. Not that Dwight the songwriter, or Dwight the composer should be swept under the rug, but this is no ordinary singer. If Yoakam’s songs aren’t setting up a vocal obstacle course for him to hurdle, he’s selling his music short. 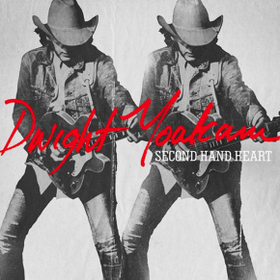 Second Hand Heart was hailed ahead of the release as a return to the halcyon days of Dwight’s cowpunk past. What I’m hearing doesn’t really elicit visions of Jason & The Scorchers or anything, but this certainly is a more loose and organic recording compared to others, and it does get a little wild in places, and veers a bit more towards rock and roll, especially in the second half of the album with the sweaty recordings of “Liar” and “The Big Time,” and even in Yoakam’s rendition of “Man Of Constant Sorrow” that turned out surprisingly great. These “cut the mic on and see what happens” moments resulted in a vitality to this record that otherwise may not be present.

The first part of Second Hand Heart comes across a little more composed though, and this is really where the meat of the album lies. “She” is one of those creeper songs that you yawn through the first time you hear it, and next thing you know you can’t quit clicking rewind. It’s like the Stones’ “Sway” where time exposes its genius. The purely country track of the album is the saddle swaying “Off Your Mind,” and though terms like “rock” and “punk” have been used to qualify this album, it’s still more country than anything else, if only from Dwight’s involvement.

But what elevates Second Hand Heart to a worthy purchase is the showcase it creates for Yoakam’s vocal prowess. Dwight does some things on “Dreams of Clay” that no other singer could ever replicate. I’ll be frank: as a listener who pins their ear to songwriting first, I don’t even care if I can understand what Dwight is saying, in fact I may prefer it that way because of the feeling his voice conveys. The actual words are almost a matter of ambivalence. Imagine Dwight is singing whatever you want.

When Dwight cut Queen’s “Crazy Little Thing Called Love” back in the day, some may have pegged it as his sellout moment, but this was Dwight selecting a song that was so ideal to showcase his singing style, you’d be a fool not to just sit back and appreciate the performance. There’s a handful of these spine-pricking moments on Second Hand Heart, and it shows that Dwight can still tackle one of the greatest hurdles of all for most songwriters: writing to your vocal strengths. In an era dominated by either singing lightweights or technically perfect singers with no style, thank the country music gods we still have Dwight around to entertain us.

I don’t hear a particular song that may end up on the short list of Dwight classics in the long term, and the track “Believe” seems to borrow a little to much in the melody from other works, but Second Hand Heart otherwise is a cover to cover listen, and one that matches the standards Dwight has set for himself over a solid, 30-year career.

Dwight Yoakam is the King of Cool in country music, and Second Hand Heart helps to continue that legacy.