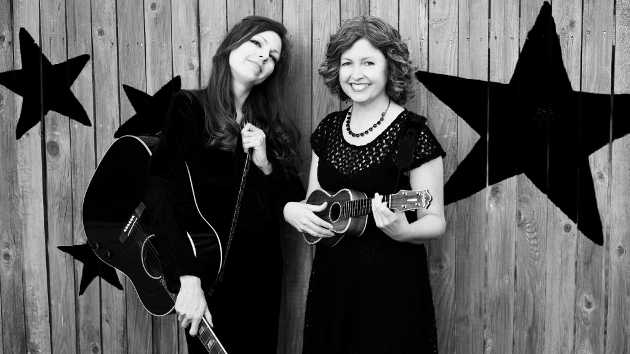 If Willie Nelson and Arlo Guthrie are remembered for nothing else in music, perhaps they’ll be notable as the sires of the musical progeny Amy Nelson and Cathy Guthrie, known collectively as Folk Uke. A unique project to say the least, you might be surprised to hear that the 2nd generation musicians have been making music together for nearly 20 years now. Their first official recorded effort in 2005 became the stuff of underground legend, but still was one of those projects you had to stumble upon to find. Here 11 years later, the duo retains that under-the-radar charm, yet is still as feisty and entertaining as ever with a fresh new batch of songs offered under the unabashed title, Starfucker.

Folk Uke combines dulcet voices and sweet acoustic tones with aggressively salacious lyrical material, making for quite the clashing effect that however counter-intuitive it might seem on paper, creates an interesting, unique, and wholly enjoyable musical experience like no other. In a year that saw the rise of Wheeler Walker Jr., and a resurgence of interest in Folk Uke after their song “Motherfucker Got Fucked Up” was featured on the Nextflix original series Orange is the New Black, it would seem like an appropriate time for a new Folk Uke record. 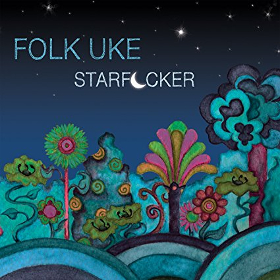 What separates Folk Uke from other dirty roots music is the refinement they take to their craft. For whatever they choose to sing, Amy Nelson and Cathy Guthrie can engage an audience simply by the way they blend their voices so effortlessly and eloquently in a manner usually reserved only for sister or sibling pairings. Because of this, Folk Uke doesn’t have to rely solely on comedic material to get by, and regularly doesn’t in both their live shows and albums.

You get about what you expect in the song department on this new record, with the salacious “Starfucker” about groupies running around trying to bag their famous fathers, and “BJ to a DJ,” which beyond the humor attempts to create a commentary about the insular nature of radio today. But songs like “Sweet Talker” and “Mic Stand” rely a bit more on subtly and innuendo to get their message across. And then they throw you a curve ball with a song like “California Stars,” which even though this Woody Guthrie song has not one foul word or innuendo in it, Folk Uke has this way of making you assign dirty thoughts to otherwise clean and innocent songs. It’s possibly the most devilish of their pursuits.

If you hate Christmas songs, you’ll probably love “All I Want for Christmas.” And another interesting wrinkle to this record is how the voice of Willie Nelson will randomly come wafting in almost like a distant memory to sing some superfluous echo to a verse or a random line when you’re least expecting it. If Starfucker delivers nothing else, it gives you the opportunity to hear Willie Nelson say, “Shut the fuck up!” Also making appearances on the record are Arlo Guthrie, Lukas and Micah Nelson, with a backing band of Randy Weeks on guitar, Mike Stinson on drums, and Marc Perlman of The Jayhawks on bass.

Obviously, Folk Uke and Starfucker are not for everyone. You need to have a little bit of an unsettled mind to really appreciate the effort. At the same time, it’s not one of those projects that relies solely on cussing or strong language to get by. And as strange as it sounds, it kind of makes for a good Holiday record for adults just because it has a festive mood to it. Dial it up at a Christmas party, and watch the reaction of your friends. They’ll be even more surprised when you tell them who it is singing.

The political correctness of the age has taken out some of the fun in dirty country and folk songs that go all the way back to Roy Acuff. Luckily Folk Uke still “gets it,” understanding that subtly and stoking the imagination instead of just coming right out and saying it is an under-appreciated tool in today’s cut-and-dry world.