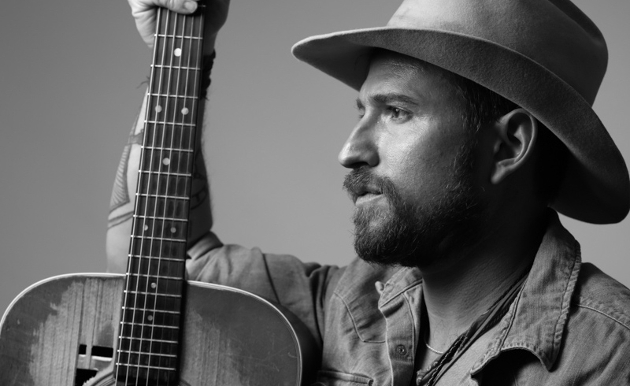 Not exactly sure what has gotten into 2018, but all of a sudden we’re finding ourselves in the midst of one hell of a twangy, honky-tonkin’, 90’s-style resurgence in country music, hearkening back to the last time country music actually sounded like country, fueled by new names and up-and-comers hungry as hell, and feeding a welcoming audience hard-driving and enthusiastic country tunes that remind you why you became a hardcore country music fan in the first place.

Add Jay Bragg and his new album Honky Tonk Dream to the list of names and projects you need to check out, and don’t feel bashful shoving it to the very top of the heap. Previously of the band North of Nashville where Bragg spent 13 years cutting teeth in bars and honky tonks, he finally decided to take the big leap and permanently locate to Nashville in 2015. Now like a number of old school-style pickers and singers looking for their niche in Nashville, he’s ended up with a gig fronting the house band at Alan Jackson’s Good Time Bar on Lower Broadway when he’s not playing four hour sets at the Nashville Palace near the Opry.

It’s this level of commitment to the legacy of country music that often results in some of the best original tunes. Honky Tonk Dream holds nothing back, rearing out of the starting gates with the very fun, twangy, and infectious “I Can Only Dance to Country Music,” which is a good old-fashioned shit kicker reminiscent of the best juke box hits of Alan Jackson’s heyday. “I Know You’re Gonna Break My Heart” is another example of the energy and enthusiasm Jay Bragg and his band bring to country. It’s old school and classic, but still lively. 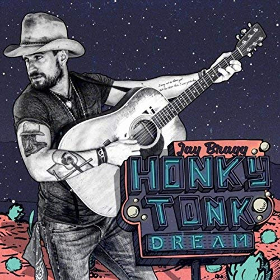 But you can’t have good country music without good, quality songs. “She’s My Song” is a sweet number without being sappy, and everything Florida Georgia Line’s “Cruise” tries to be, but isn’t. Jay Bragg wrote or co-wrote all of the eight tracks of Honky Tonk Dream except for one, and his penmanship skills hit their peak in the excellent, “The Dreamer,” which sounds like an instant classic with a story ripped right out of the pages of Jay Bragg’s life.

Though Honky Tonk Dream has only eight tracks, there’s enough meat and potatoes here to consider it a full length-record. Bragg finishes off the set with a cover of his boss Alan Jackson’s “Chasin’ That Neon Rainbow.” I’m sure working in a Jackson-themed bar gives Bragg plenty of practice playing timeless tunes like this, and he hits this one out of the park, while put his own little stamp on it.

The son of a singer, Jay Bragg first stepped on the stage at 8-years-old to play a rendition of “Turkey In The Straw,” and has never looked back on wanting to make country music for a living. But so many come to Nashville and immediately start compromising what they do, and who they are to make it work by reshaping themselves in the image of a Music Row trend.

Those with the true love of country music in their heart find a way to make it happen without compromising. They’re willing to sacrifice. They’re willing to temper their expectations. They’re willing to play other’s songs for hours on end if it gives them the opportunity to showcase a few of their own. They find a corner in a crowded city full of musical refuse where people actually want to listen and dance, and they turn on the charm. Because they understand that the music is bigger than any one artist—bigger than Jay Bragg or even Alan Jackson. They’re part of the effort to keep true country music alive.

Jay Bragg moved to Nashville with a honky tonk dream. With this album he makes that dream a reality, for himself, and twang-starved masses wanting to hear country music like it was, and like it always should be.