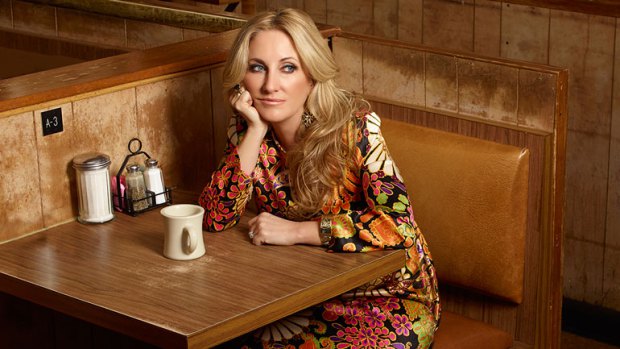 This isn’t just your average album release, or even your average album release from Lee Ann Womack. There’s a lot of moving parts involved here that make this album one to watch, and one to pay a little extra attention to. Lee Ann Womack has earned the listening public’s undivided attention already from her years of stellar contributions, but this one has a little more special meaning for Womack since it is her first release without a major label, and a release that helps rate of progress for both women and traditional country artists looking to revitalize their place to a wider audience.

The evolution of The Way I’m Livin’ was a little strange. Made with Lee Ann’s husband Frank Liddell (producer for Miranda Lambert, Eli Young Band, others), the album has been finished now for two years and just sitting on a shelf. While still signed with MCA Nashville, label head Luke Lewis told Lee Ann to make the album that she wanted, to pick the songs herself and not worry about any commercial concerns. And so that is what she did.

The choices of where to find songs to record in Nashville are endless, but Lee Ann took a unique approach, especially for an artist who has amassed as many industry trophies as she has over the years. Her litmus test was that the song had to be written with the intent of being performed by that writer. Think of the exact opposite of Music Row’s songwriting-by-committee approach. She wanted songs culled from inspiration. This resulted in Womack acquiring material from a list of artists that is mouth watering all to itself: Chris Knight, Bruce Robison, Hayes Carll, Brennen Leigh, and Mando Saenz just to name some of them. This isn’t a rundown of the songwriting credits from a major Nashville release, this is an All-Star guitar pull lineup in Austin, TX on a Saturday night.

“In the past, Merle and Willie and Hank would sing real lyrics about life,” Womack tells Dallas News. “But today’s Music Row records don’t talk about those subjects, at least not in a grownup way. That’s one reason all these songs spoke to me.”

And though The Way I’m Livin’ began on Music Row with a major label, that’s not where it ended up. After Womack wiggled her way out of her MCA Nashville contract, she ended up working with the independent bluegrass label Sugar Hill Records to finally release this album. Even though it might officially symbolize Lee Ann taking a step down from the top-tier level she’s enjoyed for most of her career, she seems perfectly fine with that. “Let’s face it. Award shows are not really about who was best,” Womack continues to Dallas News. “They’re about selling advertising. I’m grateful for the awards I have, but if you came to our house, you’re not going to see any of them out. You’re gonna see guitars and music everywhere, but not awards or platinum records on the wall.”

This is still Lee Ann Womack though, and don’t think the industry isn’t paying close attention. That voice is too powerful, and her fans are too loyal to ignore. The title track off this album was the very first single to be added to Cumulus Media’s NASH Icon network as an example of new music from a seasoned artist that the new radio format boasts as wanting to champion. Lee Ann Womack hasn’t been put out to pasture by any stretch. She’s the female that is leading the pack of artists left behind by country radio and trying to revitalize the market for more classic-sounding country, and The Way I’m Livin’ is just the album to do it with both country roots and relevancy embedded in its songs, and a salivating public who’s waited six years for new, original music from the singer. 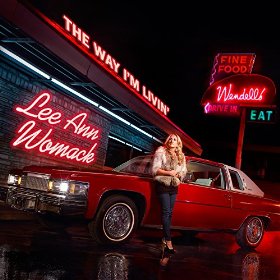 Recorded mostly live, The Way I’m Livin’ pins its eye to Lee Ann’s voice as its focal point, and never strays. You hear this emphasis immediately on the very first track “Prelude: Fly,” which leaves you inspired and primed for what lies ahead. The Way I’m Livin’ pulls from two primary influences: traditional country marked with loud and present steel guitar, and a more progressive “Americana” approach that has a lot of gospel and blues textures intermixed with a rootsy feel. God and Mammon are at war in The Way I’m Livin’ for the soul of the song’s protagonists more often than not, and though it would be a misnomer to label it a concept album, this battle is a recurring theme of the album, and one that illustrates the more true reality of things where good and evil are not always polar opposites separated by tremendous space, but side by side separated only by a thin membrane that temptation is always trying to pull you across.

This eternal pull and tug gives The Way I’m Living a vitality, whether it is portrayed in a gospel tradition like the song “All His Saints,” a more grounded atmosphere like in her take on Hayes Carll’s “Chances Are,” or the traditional country, folklore-style approach like on Brennen Leigh’s “Sleeping With The Devil.” These are story songs one after another filled with internal strife, and the arrangement present on The Way I’m Livin’ is truly masterful one track after another. There’s both a sparsity, and a robust presence to the instrumentation that makes sure nothing suffocates, and everything soars. There’s not a lot of layering that goes on here. You have your primary instruments only, and if there’s anything diverting your attention from Lee Ann’s voice, it is a singular lead instrument, usually a steel guitar set high in the mix that eventually gives way once again to Lee Ann. The song “Nightwind” isolates Lee Ann’s voice once again, and never on this album do you feel as if doubt or indecision filled what direction this record should take.

The Way I’m Livin‘s true country songs are slightly more backloaded towards the end of the project, but no matter where you start this album, it’s hard not to land on something to like. A few of the tracks came across as a little bit sleepy towards the center, and initially I was concerned that the song “Don’t Listen to the Wind” borrowed too much of the melody from the song “All My Tears” from Emmylou Harris’s Wrecking Ball album until I deduced both songs were written by Julie Miller.

Lee Ann Womack seems almost ethereal at this point in her career: timeless, and like an apparition of authentic country music who drifts above the rest of the genre’s singers and pickers as they slave away at their little songs and albums and daily deeds and dilemmas. Yet she still has that endearing element of the small town girl at home in the Texas pines, simply wanting to make a career out of what she would be doing if nobody was listening or watching. She’s an artist who has the freedom to truly do what she wants, while she still enjoys the attention of the industry, however muted it might be these days.

There may be a few more albums that are better than The Way I’m Livin’ that will be released this year, but none that are this good that will reach as many ears. Lee Ann Womack is a heavyweight for women, for hard country, and now for independent artists, and with this Sugar Hill release she releases and lands a haymaker.