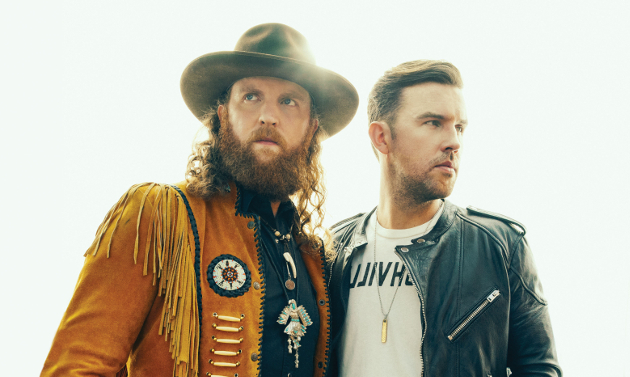 Heretofore, the greatest asset of the Brothers Osborne has been that they’re not Florida Georgia Line. This is how the singing and guitar playing brother duo hopscotched Beavis and Butthead to become the shoo-in duo for all of mainstream country’s industry awards, despite having not nearly the commercial prowess, or frankly, the influence Florida Georgia Line has had for better or worse (mostly worse).

As encouraging as it is to see human beings capable of speaking in complete sentences being rewarded for their efforts as opposed to the contrary, there’s also a reason the recent installment of the ACM Awards moved the presentations for both Brothers Osborne’s trophies (Video and Duo of the Year) to outside of the telecast window, and added Single of the Year to the telecast despite being left off in previous years, and the winner Sam Hunt not even being on the premises to accept the award. It’s because despite the continuing accolades and critical acclaim, very few people really know or care who or what the Brothers Osborne is.

This is partly the fault of the brothers themselves. Unwilling to find a lane and stick to it, their previous EP and full-length debut resulted in sort of a mishmash of popish radio singles, self-indulgent hard rock forays, and maybe a few rootsy and bluesy numbers. They showed promise, but no solid direction. And despite scoring points with the press from their willingness to speak on social causes, this isn’t really something you can or should score as a musical contribution, despite the affection it’s created for the band among country music critics.

So here they are with their second album Port Saint Joe being praised to the rafters, and for the most part it’s worthy, not just for the overall quality, but in making headway against the burden of the Brothers Osborne being unable to define themselves and separate from the herd. You don’t hear really any of the poppy singles, though this won’t do them any favors in spreading their musical seed. They’re definitely gravitating more towards a rootsy and rock ‘n roll sound, which at least limits the scope they try to cover. And there’s quite a few by God country songs in the mix, both in the style and the writing, making them much easier to get behind. 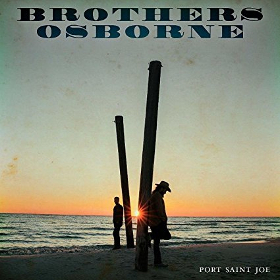 For the Brothers Osborne to work beyond winning awards, they don’t need radio necessarily, though any artist would be a fool to turn it down. What they need are those grassroots fans, those Chris Stapleton converts and serious country listeners who will nod their head in approval, even if they don’t count themselves as dedicated followers. Port Saint Joe goes a long way to securing that.

John Osborne is a great guitar player and composer, and they would be fools not to exploit that as they do in their explosive and extended “Shoot Me Straight.” T.J. Osborne has a billowy, deep voice that’s great for country music, which he uses well on the rootsy “Tequila Again” co-written with Kendell Marvel, and another well-written and rootsy song, “I Don’t Remember Me (Before You)” Shane McAnally helped pen.

But then at other times the album veers into the more caricaturist take on country, like in “Weed, Whiskey, and Willie.” I get it, it’s a fun song, and some of the turns are well done. But can we stop making Willie synonymous with weed? There’s other things he’s known for, and this song has been done so many times. Marijuana is Class A consumable no different than corporate beer or full size domestically manufactured pickup trucks, despite the possibility of ending up in the clink if you get pinched for it in rural Oklahoma. Selling your music with weed isn’t edgy, it’s about the most conformist thing you can do in 2018, and the name dropping doesn’t help.

The brothers pull a similar move with Hank Williams and George Jones and the name dropping and stereotyping on “Drank Like Hank.” You also wonder when listening to “Pushing Up Daises (Love Alive)” and “A Little Bit Trouble” if producer Jay Joyce is trying to take them in the whole east Nashville/Anderson East throwback soul direction, which confounds the “Who are the Brothers Osborne?” topic when we’re supposed to be solving it, as does the mostly funky, but still kind of poppy “A Couple Wrongs Makin’ It Alright.”

But you can look for things to complain about with Port Saint Joe all day, or you can marvel that a record like this is getting made in the mainstream at all, adjust your perspective to what their peers are doing in the industry, and be both pleasantly surprised, and valuably entertained. A lot of these songs have been done before, but you can’t listen to a song like the final track “While You Still Can” and say it’s not quality. It may not be on par with your favorite independent or Americana band, but Brothers Osborne is definitely part of the current mainstream rebirth we’re seeing in a direction back towards the roots of the music.

It still may not be easy to answer the question, “Who are the Brothers Osborne?” And that question may continue to be broached by mainstream and independent fans alike. But we know the answer is something that’s way better than Florida Georgia Line, and better than most coming from major labels on Music Row. It’s organic and real, and hopefully this is the duo whose influence will be spreading in country music in the coming years as opposed to the alternative.