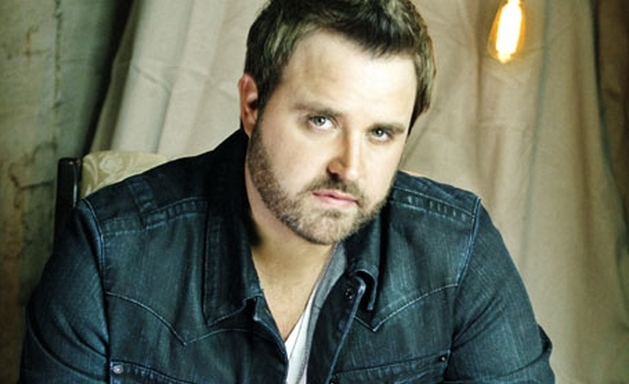 The rest of Music Row has moved on to emulating Bruno Mars and chasing the Sam Hunt craze, or they’ve put their nose to the grindstone looking for the next Chris Stapleton. That has left folks like Dallas Davidson and Randy Houser sitting at home and waiting for the phone to ring, but luckily Houser can still release his own songs and dole out songwriting credits to his buddies so they can keep their F-350’s paid off, for now.

Whether Randy Houser was ever that great is open to interpretation, but it’s hard to argue with the diagnosis that Fired Up is his worst effort yet. Not that effort wasn’t expended on this album. Actually that’s part of the problem: you may never find another record more overproduced in the history of country music than this one. Almost as if he was sensing the lack of body or appeal to this material, producer Derek George went all out on every single song, making these epic, sweeping musical movements out of the most mundane, hackneyed material.

There’s a song on this album called “Senior Year” that sounds like the divinely-composed raising of hosannas for the ultimate coming of Christ and deliverance of salvation, yet it’s about being a boneheaded upperclassman in some podunk American high school. Houser’s “Senior Year” makes “Fanfare for the Common Man” sound like hold music. 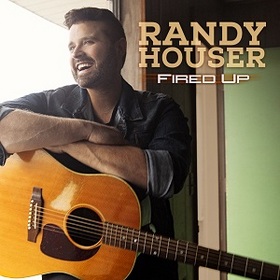 Often mainstream country music glorifies high school life as the alpha and omega of importance in today’s society in a slavish obsession with youth. But “Senior Year” takes it to an entirely new level. Houser sounds like his head is about to explode as he’s gripped with the most epic and extreme emotion he has ever experienced in his entire life . . . as he sings about going to the dumbass Sonic on the outskirts of town to get a bite to eat. This song is as tacky as a blanket with a big giant black panther on it you buy from a guy in a van next to the Shell station.

The songs on Fired Up sound like all of the bad songs we’re used to hearing on country radio, only worse. They don’t have those juicy hooks or smooth turns that despite how obvious and shallow they are, make sense when you listen to them as to why they would enrapture the gullible masses. There’s a song called “Song Number 7” that works just like Luke Bryan’s “Play It Again,” only just not nearly as effective.

Then there’s moments that are downright cringeworthy. On “Little Bit Older” you can see what’s coming up, and like witnessing an accident happen right before your very eyes in slow motion, you want to yell, “No Randy Houser, No!” but unfettered, he drops the ridiculous chorus of “A little bit older, a little Budweiser,” and you immediately want find a firearm and shoot yourself. This is beyond being angry about how bad this music is, you’re more just embarrassed for Houser by the end. And then, he somehow outdoes himself in the 17th track in the “bonus” material, “Whiskeysippi River.” I hope Houser is getting some serious kickbacks from the liquor companies, because he’s putting his career on ice with this incredibly slipshod material.

Meanwhile, many of the other songs on Fired Up are for an audience under the drinking age. We thought it was embarrassing for Luke Bryan to be out there in his mid 30’s still singing Spring Break material. Well Randy Houser has topped 40 and is trying to compete with Kane Brown and Florida Georgia Line. It’s all about “girl get over here” this and “slide on in” that, while “truck” and “moon” and “headlights” make numerous appearances. Houser even tries his hand at hip-hop double time verses, and Florida Georgia Line mushmouth speak.

There’s an oxymoron line about kicking up dust in the mud on the album’s terrible first single “We Went.” And let me tell you ladies and gentlemen, there may have never been a single more gerrymandered to #1 on the charts than “We Went.” It’s the most non-responsive #1 ever. Nobody cares about that song, and very few are paying attention to Randy’s career I’m sorry to say, especially now that he’s released this monstrosity. The misogynistic “Mine Tonight” might have the most give up lyrics in a country song ever, repeating the last line of each verse, not even trying to find something to rhyme with it.

“I’da get you in my truck girl, runnin’ on a little luck girl. Mr. Right on the sly, yeah right, yeah that’s what’s up girl. Let me tell you what’s up girl.”

Again, this is coming from a doughy, 40-year-old man with a faux hawk. But the most remarkable thing about Fired Up remains how epic it all tries to be. I quit counting how many times Randy took a simple kiss into the most memorable moment of his entire life, with “fire” and “heaven” and who knows what other embellishments coloring his overcrooning about the fact that he got to lip lock with some floozy. You’d think Houser had never been laid before. Everything on this album is so damn loud. Every inch of space is taken on these recordings. If there’s a decently-written song on the album, it might be the very first one, “Back.” But the decent lyrics get lost in braying guitars and a string section and just all manner of layering and overproduction.

And 17 songs? This album is merciless. There can be no other explanation than they wanted to get all this Bro-ish material out there before the trend completely dried up, so they crammed as much material as would fit on a compact disc without requiring a double album.

Randy Houser has a great voice, and I wouldn’t even doubt he can still write a decent song if he chooses to. But this is godawful, and won’t get his career anywhere, despite how hard he tries to keep up with the new blood in Nashville that’s half his age, and twice as talented at pulling off this sound.