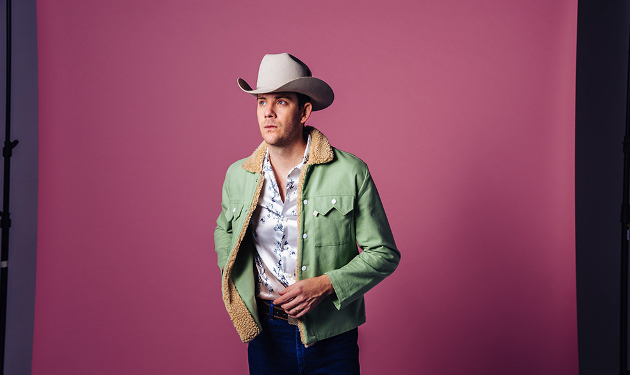 Sam Outlaw didn’t become one of the fastest-rising artists in independent country because of his name. He did it in spite of it. Everybody wants to hide behind layers of forced authenticity in country music these days, and bray about how country they are because of where they were born, or what kind of bad things they’ve done, or the dues they’ve paid. Sam Outlaw came right out an said he used to work at an ad agency, took his mother’s maiden name for showbiz convenience, and has lived in Southern California since he was 10-years-old.

All of these things have subsequently been used as strikes against Sam’s authenticity, even by his own hometown alternative newsweekly. Yet here he is making waves, partly because he was honest with people and they appreciated it, if they didn’t identify with the narrative or even dream themselves of dropping everything in your 30’s to pursue your dreams. But it wasn’t just the story. People continued to support Sam because the music spoke for itself, and rose above any superficial concerns about his back story.

What you’ll hear most about Sam Outlaw’s new record Tenderheart is that it’s California country, yet more Laurel Canyon than Bakersfield; more Gram Parsons than Buck Owens. This all may be true, and it’s not like Sam Outlaw’s debut record Angeleno was some hard country shit kicker, but this only tells part of the story. Tenderheart has 13 tracks, and Sam Outlaw uses every one of them. Instead of some change of direction or softening of Sam Outlaw’s sound, the best way to describe Tenderheart is more like two albums merged together. 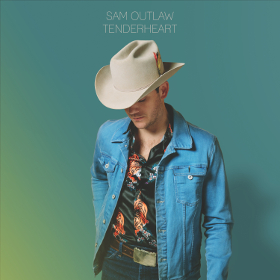 Since the first four songs and the two lead singles all have this sort of soft rock atmosphere to them, this is what sets the table and makes Tenderheart‘s first impression. But tracks 5 thru 11 are country to the core, and I’m not just talking about in certain inflections or sheerly from the presence of steel guitar. “She’s Playing Hard to Get (Rid Of)” is one of those songs that would be a classic country standard today if it was released in 1962. “Two Broken Hearts” is an excellent use of storytelling, with an upbeat, honky-tonk heart. “Diamond Ring” illustrates why the waltz beat is so tragically under-championed in today’s country. “All My Life” and “Dry in the Sun” are as country and down home as it gets. And I’m still trying to unravel the genius presented in the song “Say It To Me” delivered upon soaring steel guitar.

Sam Outlaw didn’t shift gears in Tenderheart, he just did what artists have been doing for decades, which is creating a musical filter to extract certain unsavory elements from their listenership. In Sam’s case, the targets were listeners who were too hard headed to understand his style of country anyway. We’re talking about these chest-pounding, countrier than thou types that saw “Outlaw” in his name and decided that if it didn’t sound like Waylon, well then they needed to take a big ‘ol buffalo piss on it. On Tenderheart, Sam Outlaw establishes a broader interpretation of the borders of his music, yet it all still resides well within the California influences in country.

“Bougainvillea, I Think” does sound like something straight off a James Taylor record, and I can’t think of anything more indicative of Southern California aside from the palm tree than a “Bottomless Mimosa.” But that doesn’t mean these songs don’t exhibit exquisite touches of songwriting mastery, or that Sam’s voice doesn’t slither right into these compositions with a deft smoothness.

Writing for a country music website, and feeling confident enough in Sam Outlaw’s abilities, it is a little frustrating how the story being written about this album is how it illustrates the lighter, fluffier side of Sam Outlaw. And this is not entirely untrue, including on the album’s thoughtful and timely title track. But Tenderheart does so much more than just rock your soul to sleep. It has any and all of the country moments any true country fan may crave.

Sam Outlaw and his music have always been a lot more complex than what you can preface in a few sentences of bio information, or fit in a summation of his music. The guy is his own animal. A country fan may half expect to hate this record, not for what it is, but for what it isn’t. But as an unapologetic country fan, I found everything I wanted from this record, while someone who self-identifies as more of a folk rock fan may feel the same. That’s not a sign of confusion from Sam or a lack of cohesiveness, it’s just shows that Sam decided to be himself on this record, and for him that requires satiating a wider swath of West Coast roots.