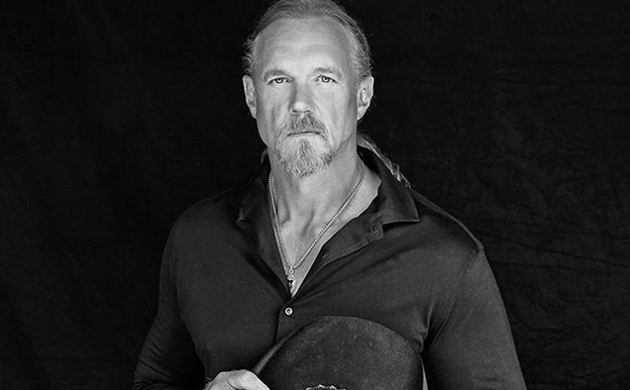 The trouble with Trace Adkins has never been a lack of talent. The dude has one of the coolest, baritone and bass singing voices in all of modern country music. The bigger problem with the Trace Adkins career track has always been his terrible, terrible song selection. From “Honky Tonk Badonka Donk” to the puppet sex of “Brown Chicken Brown Cow,” cool voice or not, the lack of a governor on what Adkins chooses to record ultimately has made his career a punch line, and made him more caricature than a country music artist.

Adkins’ personal life has also become an adversity to keeping his career going now into his 50’s. From divorce, to brawling with one of his own impersonators, to turning in a drunken performance at a children’s charity benefit a while back, Adkins has burned through whatever do-overs, Mulligan’s, and good will chits he’s accumulated over the years. Appearances on Celebrity Apprentice might keep your name in the spotlight, but they sure don’t help your country cred. By 2015, Trace Adkins’ alcohol consumption wasn’t the only thing in need of rehabilitation.

After a stint in rehab, and after becoming one of the last artists out the door at Toby Keith’s virtually defunct Show Dog label (don’t forget to hit the lights), Trace Adkins has re-emerged as one of the initial signees of the new Wheelhouse Records division of Broken Bow. Perhaps Adkins would learn from his past mistakes, and start taking the music more seriously. The first signs we saw from this new era of Trace Adkins were images of him standing there with his hat in hand, a little slump shouldered and contrite-looking, more svelte than in recent memory, like he was ready to turn a page and put a serious effort into making meaningful country music.

The first couple of songs we heard from his latest record Something’s Going On seemed to echo that new leaf turning. Would Trace Adkins actually be one of those rare mainstream country music stars that decides to grow old gracefully with his music and fans instead of trying to keep up with the young pups and current trends? At the age of 55, could he perhaps put out one of his best recordings? “Jesus and Jones” was a song idea done dozens and dozens of times. Jamey Johnson, who helped co-write “Honky Tonk Badonka Donk” can attest to that with his song “Jennings and Jones.” But it showed some promise that perhaps Adkins was over the shenanigans, and was searching for better songs. 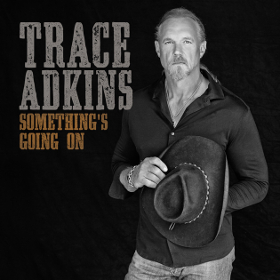 “Watered Down” wasn’t a great song either, but it was a really solid effort. Trace’s problem, like so many mainstream artists, is not that you can’t find a few good songs on his records, it’s that they’ve let the worst songs of their careers define them by releasing them as singles. No matter what Something’s Going On ultimately delivered, it was going to be prefaced as a more personal effort from Adkins. If nothing else, this was a better strategy than just releasing Bro-Country anthems through someone who can sign up for AARP, and hope radio would play ball.

So with this cautiously optimistic perspective, you cue up Something’s Going On, and the first thing you’re hit with is:

You’re so cool, so hot
Shakin’ that thing with everything you’ve got
In your jeans, and your boots
Makin’ all the country boys go ooh ooh ooh!

Yep, and there goes any and all good will out the window.

Give Trace Adkins credit for cutting more personal material with “Jesus and Jones,” and “Watered Down.” But that’s about where the positivity for Something’s Going On begins and ends. “Whippoorwills and Fright Trains” is fine. “Gonna Make You Miss Me” would have been a good premise, but like most of this record, it suffers from this list-tastic approach to B-level Bro-Country songwriting and production that makes this record forgettable, or at least you’d like to forget it unless you’re scarred from listening and you can’t.

First off, dispatch any ideas of how “personal” this record is to Trace Adkins. Yes, this is good marketing, but if it is so personal, why did it take 28 different songwriters to compose, and not one of them was named Trace Adkins? There are some decent songwriters here, like Craig Campbell, Max T. Barnes, and Andrew Dorff, but there’s also Shane McAnally, and Josh Osborne. The problem for an artist like Trace Adkins trying to record and release radio-relevant material is that they’re never going to give him the best cuts. Those are all reserved for the A-level arena stars. So he has to settle for the stuff with outdated modes and lackluster hooks. It’s like the worst of both worlds—the music holds no substance, and it’s not radio relevant either.

The opening number “Ain’t Just The Whiskey Talkin'” is just the start. Get a good snoot full of “Country Boy Problems” or the godawful “Lit” with its Disco licks and you’ll be seeing red unless you count yourself as part of the  Florida Georgia Line/Luke Bryan faithful. You think it’s creepy to hear the 40-year-old Luke Bryan still singing about hooking up in clubs like he’s a 23-year-old? Wait until you hear Grandpa Adkins wheezing as he tries to squeeze himself into leather pants and keep up with the night life. “Still A Solider” has a nice sentiment, but like most all of these songs, it’s pandering. “Hang” tries to be heartfelt in that sort of Luke Bryan “Drink A Beer” way, but ultimately fizzles.

Trace Adkins had an opportunity here. Just as much as the music is important in 2017, so is the narrative behind it. Listeners want to be able to connect on a personal level with the artists they listen to, and sensing the need for a reset, Adkins was smart to try and move on from the romance novel cover boy with silly songs attitude that has defined his career, and he does so in moments of Something’s Going On. But he only want a quarter of the way in, and then chickened out and said, “Hell, give me whatever you think will work on radio.”

It’s hard to transition from the arenas to the clubs, and Broken Bow wouldn’t have taken a chance on Adkins if they didn’t think there was still some mainstream tread left on these tires. But “Jesus and Jones” didn’t crack the Top 40, “Lit” never even registered on the charts, and “Watered Down” will have an uphill battle. Meanwhile traditional country fans aren’t going to give Adkins a chance because of his history, and how this record starts off.

Let this be a lesson for artists in this aging demographic: Don’t even worry about the radio. Just do you. It’s not going to be commercially successful anyway, so you might as well greet the twilight of your career in control, and with some of your dignity still in tact. Trace Adkins tried to do this in Something’s Going On, talking about sobriety and slowing down. But he ultimately fell back into his old habits.