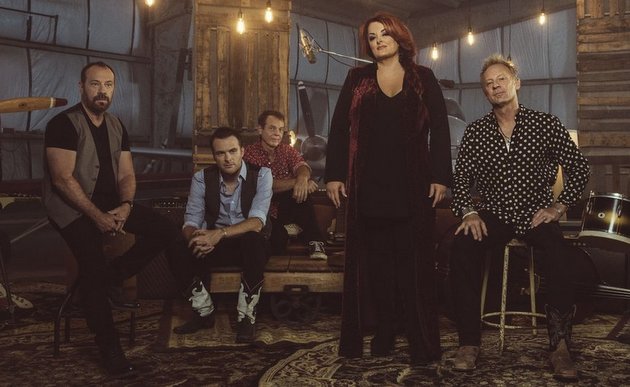 50-year-old country stars aren’t supposed to make records like these. They’re supposed to be trying to hold onto their glory days or make good use of the last dying gasps of somehow getting on the radio. Or they’re supposed to just give up the ghost and make sure they’re investing their money smartly. But nobody told Wynonna Judd that, or her husband, producer, drummer and songwriter Cactus Moser. Or if someone did, they didn’t listen, and made the record they wanted to any damn way. And the result is one of the most unusual, interesting, and texture rich albums we’ve heard from an established name in country in some time.

It’s hard to even know what to make of the Wynonna Judd legacy. The Judds were half part country soul with some really killer songs that have since become country standards, and then there was plenty of more country pop material. The duo amassed fourteen #1 hits and is one of the most successful duos in country music history, but it only lasted for six years and then it was over. Wynonna’s solo career started out with a flash, but in recent years she’s been yet another victim of the Curb Records Talent Retention Program which has no problem waiting seven years between releases like they’ve done here so that artists can’t fulfill their contracts and move on.

But the most important thing to understand when approaching this album is that whatever you know or think about Wynonna, just scrap it, because this new album is an animal all to itself.

Wynonna & The Big Noise starts off with a really solid foundation of building blocks, including songs from people like Julie Miller, Chris Stapleton, and Travis Meadows, and collaborations with people like Jason Isbell, Derek Trucks, Susan Tedeschi, and Timothy B. Schmit. Then you build the entire record around recording live with a basic five-piece band. Just looking at the liner notes, you know this is going to be something unique. And the noise they make together isn’t just “big,” it is raw, in the flesh, meaty, full, and leaping out of your speakers. 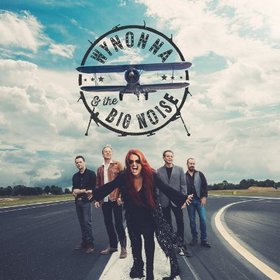 The magic ingredient here is Wynonna. She’s had to face many of her demons over the years in public. Personal tragedy has helped define her career. And being a celebrity doesn’t help to insulate you from adversity as some people surmise, it exacerbates it. So there’s a lot of weight hanging on the shoulders of Wynonna, and when she starts to sway back and forth, and taps into that real world emotion, she can have as much soul as the Staple Sisters.

The difficulty is how to get that out of Wynonna, and that’s what Cactus Moser does here. Moser has his own adversity to fight through.  He lost one of his legs in a motorcycle accident in 2012 shortly after he and Wynonna were married. But taking the oath of “in sickness and in health” to heart, the accident made the couple stronger, and one can’t help but hear that living and breathing entity that is the relationship between these two artists embedded in this record. There’s some anger to it, and honesty. The album works like a big exhalation, like their blowing out all these pent up emotions and feelings that have been caged in them for these last few years.

It’s hard to describe Wynonna & The Big Noise because the sound is so hard to pin down. “Country” is probably the last thing that comes to mind, though it’s still there lurking in the background. Wynonna & The Big Noise is more of a blues, rock, and gospel record at heart, but encapsulating everything is the very advanced approach to composition and writing that makes it more than any one genre or subgenre. With the use of composition and chording, this album is strange to the ears … in a good way. Forced into a corner, one may call it progressive Americana or something, and it does remind you of Buddy Miller’s blues albums perhaps, but with more bravado.

This will not be an album for everyone. Who will love it is other musicians. Cactus Moser knew what he had with Wynonna. He knows what she’s capable of more than anyone else. And he put together the perfect environment and songs to allow her to shine. To sing it, you have to live it. And few if any know Wynonna’s innermost feelings like Cactus.

This is one of those records you have to hear to judge for yourself, and you’re going to have to open your heart and mind to it a little bit to take in the full breadth of its message. Some songs are stronger than others. There’s loud moments, and more intimate ones like the collaboration with Jason Isbell, “Things That I Lean On.” There’s a song on the album called “Something You Can’t Live Without” that may encapsulate the album better than most. It has a true-to-life message, but it’s such a sonic journey, with a vision and imagination that’s missing from most modern music, especially from country artists. A different version of the song was released as a single a couple of years ago, and listening to the old version speaks to the unique vision that was brought to this new project to make it something special.

It’s hard to see how Wynonna & The Big Noise makes a big noise outside of Wynonna fans and people who may stumble upon it accidentally, or listen to it for the contributions from Americana folks. It has some dull moments too. But this album feels like a real victory from Wynonna and husband Cactus Moser. They had purpose with this record, saw it through, executed it near flawlessly, and the outcome is a very interesting, and sonically rich listening experience.