“All My Ex’s” Songwriter Whitey Shafer Has Died 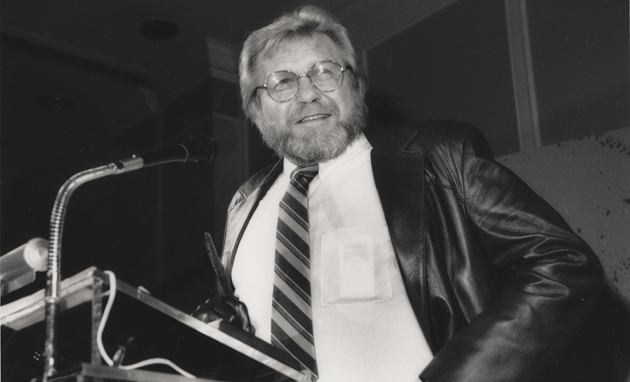 A legend of country music songwriting, and one that put the painful experience of divorce into words and song like none other has gone to the great honky tonk in the sky. Sanger D. Shafer, known popularly as Whitey Shafer, passed away on Saturday, January 12th according to reports. A Nashville Songwriters Hall of Famer, he’s known best for #1’s such as “All My Ex’s Live In Texas” and “Does Ft. Worth Ever Cross Your Mind” by George Strait, “I Wonder Do You Think Of Me” by Keith Whitley, and “That’s The Way Love Goes” co-written with Lefty Frizzell.

Born October 24th, 1934 in Whitney, Texas, Whitey Shafer grew up in a Gospel-singing family, listening to the music of Texas country artists such as Bob Wills and Earnest Tubb on the radio. Lefty Frizzell’s “If You’ve Got the Money I’ve Got the Time” especially caught his ear, but before Shafter would pursue his passion for music, he did a stint in the Army, and worked odd jobs including digging ditches and raising turkeys. Shafter wouldn’t write his first real musical composition until he was 30, but by that time he’d lived plenty of life to know what to write about.

Moving to Nashville in 1967, he first began writing for Blue Crest Music, and eventually signed recording deals with RCA Records and Musicor while working odd carpentry jobs to help pay the bills. But writing, not performing, would prove to be his primary calling, eventually signing to the prestigious Acuff-Rose publisher, and writing “Tell Me My Lying Eyes Are Wrong” with Dallas Frazier, which hit #13 on the charts for George Jones in 1970, and “Lord Is That Me” with Dallas that went hit #16 on the charts for Jack Greene.

This success would allow Whitey Shafter to write and work with one of his country music heroes, Lefty Frizzell. The two became close friends, and together they composed the legendary “I Never Go Around Mirrors” in 1974, and then “Luck Arms,” and eventually “Bandy The Rodeo Clown,” which became a Top 10 hit for Mo Bandy in 1975. Shafter also wrote songs for Connie Smith, Johnny Russell, Merle Haggard, and others. But as his songwriting career hit its second decade, it would be collaborations with “King” George Strait that would cement his songwriting legacy.

It’s said that three Whitey Shafer divorces in the early and mid 80’s helped inspire some of the decade’s greatest songs. His divorce with wife Darlene inspired the George Strait song “Does Ft. Worth Ever Cross Your Mind” in 1985. A divorce from his fourth wife Lyndia J. inspired “All My Ex’s Live In Texas” in 1987. Both songs went onto be #1 hits, and both were nominated for the CMA’s Song of the Year. “All My Ex’s” also earned Whitey Shafer a Grammy nomination. In 1989, the Shafer-penned “I Wonder Do You Think Of Me” by Keith Whitley became the Whitley’s 1st posthumous #1. Whitey Shafer would be inducted into the Nashville Songwriters Hall of Fame that same year.

As the 90’s began, Whitey Shafer continued to write, and landed minor hits and album cuts with artists such as as John Michael Montgomery, Lee Ann Womack, Kenny Chesney, and Shawn Colvin. “All My Ex’s Live In Texas”  also famously appeared in the video game Grand Theft Auto: San Andreas in 2004, re-igniting interest in the song in a new generation.

Whitey Shafer wrote the heartbreak that country music became known for during one of its most timeless eras. His pain was country music’s gain. And now is death causes great pain to the fans of country music.