Trigger Down with Pop Country 29 Comments 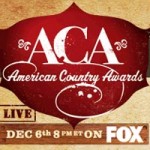 Tonight is the maiden voyage for the dumb “American Country Awards,” Fox TV and Rupert Murdock’s own personal pop country infomercial, and before it even gets off the ground it’s littered with controversy.

It’s only fitting that the theme song in all the promos for the awards show is “Work Hard, Play Harder” from the fake Outlaw Gretchen Wilson; a song which was found to be a ripoff of The Black Crowes’ “Jealous Again,” with Gretchen being forced to put the Robinson brothers in the credits as songwriters and pay them royalties. Ripping off ideas seemed to be a theme for the “ACA’s.”

When they first announced the new awards show, they touted it as “The first and only country music awards show where fans determine all the winners by voting for their favorite nominees in music and video categories.” The problem is this is a complete lie, and a ripoff of what the CMT Awards have been doing since 2002. From CMT:

While CMT congratulates this mysterious organization (ha!) on its first awards show, we are amused by their self-proclaimed title as the first and only fan-voted award show. All within the country music community know that CMT has produced country music’s only fan-voted awards show for nearly a decade. . . While we wish this new show every success, we would like to take this opportunity to remind them that the CMT Music Awards have been entirely fan-voted since their inception.

The Executive Producer of the ACA’s Bob Bain had this very cryptic and undoubtedly lawyer-screened response for The Boot:

The American Country Awards gives fans the opportunity to vote for their favorite artists not only in traditional categories but also in previously unrecognized areas of the business such as touring — encompassing the entire spectrum of country music and bestowing honors that no other award show has.

And these ACA assholes continue to run promos touting they are the first ever to allow fan voting.

What an absolute embarrassment this whole thing is. I hope it goes over like a poop in a punch bowl for these media tycoons, and they take a bath in red ink.

I won’t be watching.