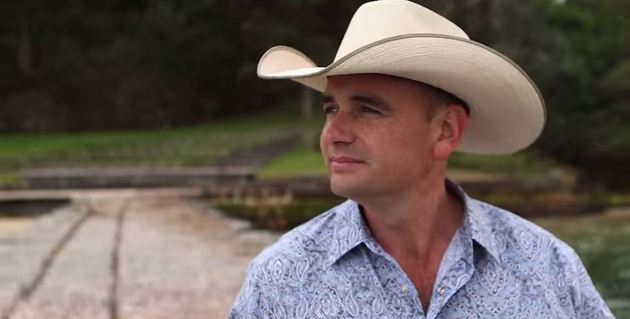 Those who believe country music can only emanate from the rural American south have obviously never spent much time pondering the eerie parallels between country music’s heartland in the United States, and large swaths of rural Canada and Australia where country music thrives in the songs of cowboys whose lives are sometimes more authentic to the themes of country music than anything American life can even offer today. Though like the helpfulness of a local tour guide when your traveling through foreign land, knowing where to point your nose when listening to country from a different continent is paramount.

Just like its Canadian counterpart, Australian country is constantly under the constraints on American country’s commercial influence, causing both Aussie country stars to be overshadowed by mainstream Nashville powerhouses, and making other Australian stars adopt Nashville’s trends in order to succeed. Get started down the wrong road, and you could find yourself listening to a playlist of Keith Urban wannabees. And no, a wannabee is not a adorably fuzzy Down Under marsupial.

Beneath the surface of Australian country, traditional artists still fight for attention and find it amidst both Australian and international listeners. Roo Arcus is one of those traditional country artists, and one who can quiet American naysayers arguing an Australian can’t birth authentic country songs, and not just from the songs that his life has inspired, but the country lifestyle Roo Arcus leads. 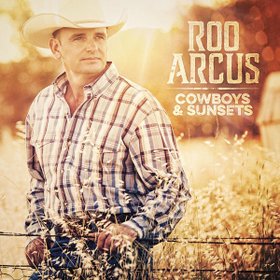 Starting his musical journey as an understudy of the legendary Australian country artist Slim Dusty, Roo found initial success in 2000 when he launched his solo career with the album Station Boy. Though it looked like Arcus was on his way to a big career in Australian country music, in 2004 he was forced to bail out of his plans to help save the family farm. The death of his mother due to Leukemia and a historic drought in the southern tablelands of Australia forced Arcus off the road and tending to family matters. Born and raised a cattleman, Roo spent the prime years of a country career working cattle and caring for his family. But after nearly a decade of putting the farm back on the path to prosperity, Roo was able to resume his country music passion, and Cowboys and Sunsets is the Australian performer’s latest effort for 2015.

Beyond the authenticity and the clear rudimentary study of country music that Roo displays in his music, Cowboys and Sunsets is remarkable in how it sounds just like some lost album from the sweet spot of the career of Alan Jackson or George Strait, or even a little bit of James Hand when they were still young and hungry and trying to prove themselves.

Where so much country music labeled “traditional” these days tries too hard to prove how country it is with over-inflected, super-twangy brow-beating posturing, or can’t resist the seduction to add screaming guitars or laundry list elements in a bid to stay relevant, Cowboys and Sunsets pins its line to the traditional country post and doesn’t waver. Every song stays steady in its resolve to interpret country in a traditional manner in both the style of writing and the instrumental accompaniment, but overrides any concerns about dated material by delivering lasting quality in each cut. Style trends in music come and go, but the the sway of a heartfelt sentiment, or the swoon a steel guitar inflicts on the human heart remains timeless, and Roo Arcus proves this better than many of his Stateside counterparts.

Though a few moments or songs might be fair to call a little hokey, most of Cowboys and Sunsets is classic country at its finest. “This Ain’t No Suit” tells the story of Roo Arcus straight from real life. It’s no act when he talks about wearing boots and herding cattle. Songs like “It’s Not The Fall,” “The Shots You Never Take,” “Cowboys Are Little Boys First” and “Turn My Hand To” have that brilliant insight everyone looks for in great country music. “Last Dirt Road” is no Down Under version of Bro-Country, it’s about holding on to things that matter in the endless charge of progress that has no care for sentimental history. “If That’s What Love Was” and the album’s first single “Let’s Get Out Of Here” are really enjoyable listens, and bluegrass goddess Rhonda Vincent lends her hand to the duet “Half Hearted Love Affair.” Roo even mixes in some shuffles and Western Swing on this record.

Forget the country of origin, Cowboys and Sunsets is one of the best traditional country albums released so far this year, and reminds you of a time when country music gave you a warm feeling, not just from nostalgia, but through speaking straight to your heart about life’s joys and obstacles in a manner that will never go out of style.

Note: Cowboys and Sunsets is only available in a limited amount of places. It can be purchased on iTunes, and is also available to stream through Spotify. You can also purchase physical copies on eBay.