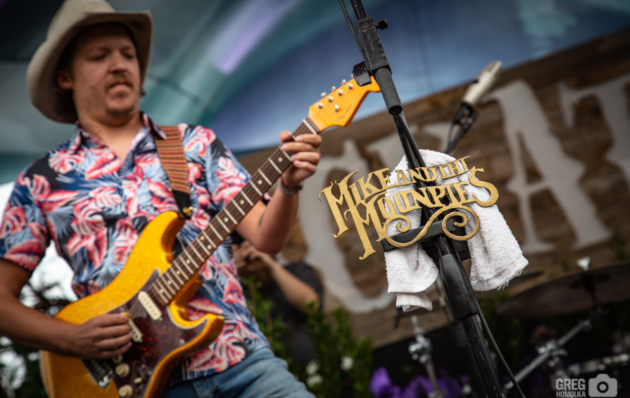 What happens at Pickathon doesn’t stay at Pickathon. It reverberates throughout the music world, from the music and moments that spread word-of-mouth to help launch music careers, to the zero-waste festival site they committed to making before it was the hip thing. Though the festival has long since diversified to include artists and bands well beyond its country, roots, and bluegrass foundation, they still do a better job than most finding both the most important names of the here-and-now, and the up-and-comers who will be important in the years to come, and then putting them all together in a well-curated experience.

This was underscored and bolded in 2019 at the beautiful Pendarvis Farm just outside of Portland, Oregon as it served as ground zero for the launching of two landmark 2019 country music albums: Country Squire by Tyler Childers, who helped headline the festival both Friday and Saturday night, and Mike and the Moonpies, who played Thursday and Friday, right after releasing their surprising and very well-received record Cheap Silver and Solid Country Gold. Both outfits put on landmark sets for adoring fans, with Childers enjoying a ravenous crowd singing along to most of his songs, and Mike and the Moonpies making fast fans with arguably the best live show right now in all of country music. 8/2/2019 very well may go down in country music infamy and Pickathon will forever be linked to it as the location where it all went down, even if Tyler Childers finished his final set with an awkward joke about female flatulence since he ran out of time to perform the final acoustic song he had planned (you had to be there).

Big names aside, no festival is complete without ample opportunities for discovery and support for the artists who might be the next to grab headlines in the coming years. There are many who live in Colton Turner‘s home base of Austin, TX, and still haven’t heard of him or his slick rockabilly stylings. He made one of the biggest impressions on country, roots, and throwback music fans with his mod approach and the slick guitar playing from his brother Zane at Pickathon. This is definitely an artist to keep an eye on. Another Austin project in The Tender Things and front man Jesse Ebaugh of Heartless Bastards we’re one of the biggest buzzed-about bands of the weekend, especially after putting on a raucous and sweaty set on Sunday afternoon in Pickathon’s Galaxy Barn.

Another name some may recognize who is striking out on her own these days is Lauren Morrow, formerly of The Whiskey Gentry. Ernest songwriting steeped in country roots makes her a favorite of country and Americana fans alike. The deeply personal nature of her songwriting is hard to not fall prey to, even for Morrow, who got misty during one of her own songs while performing at the Galaxy Barn.

The bluegrass side of Pickathon was handled well by The Po’ Ramblin’ Boys, who represented the more straightforward side of the discipline, finding both well-recognizable standards and more obscure numbers from the bluegrass archives to pull from for a technically spellbinding and entertaining show. Town Mountain, who work a little more grit and honky tonk sensibility into their original songwriting represent the other side of bluegrass, but one that holds just as much sway on many listeners.

Mandolin Orange has become a Pickathon regular over the years, veering more into Americana these days, but also an easy conversion for many from the bluegrass world from the power of their songwriting and two-part harmonies. Vivian Leva and Riley Calcagno is another duo who is worth seeking out for their harmonies and instrumental prowess adjacent to the bluegrass and old time world. Playing selections from Vivian’s 2018 solo album Time is Everything and others, they hushed the Lucky Barn with their delicate compositions, until they roared in appreciation after the songs.

Despite Tyler Childers and Mike and the Moonpies making the biggest splashes by releasing albums to coincide with their Pickathon appearances, it would be sacrilege to allow this to overshadow the set Courtney Marie Andrews performed on the main stage at Pickathon Sunday afternoon. Though certainly a name most country and Americana fans will recognize, not nearly enough attention is being paid to the talent this young woman displays both live and on her records. Premier confidence and grace combined with an incredible voice and songs makes her nothing short of a top tier talent in Americana who should be headlining festivals herself in the near future.

Rounding out the country and roots performers were also Garrett T Capps from San Antonio, who brought his cosmic style of NASA country that felt totally appropriate to the Pickathon vibe. Nathaniel Rateliff and the Night Sweats headlined the festival Saturday night, and Rateliff also played a special solo show on Sunday.

And Pickathon isn’t just about country and bluegrass of course. There were many opportunities for cross cultural enjoyment and discovery. Jerry Garcia always said that all the members of The Grateful Dead were equals, and bass player Phil Lesh is a primary example of that. On Jerry’s 77th birthday Thursday night, Lesh took the stage at Pickathon to honor his old friend and band mate, playing with his Terrapin Family Band that includes his son Grahame Lesh. The bnd also played an extended 3-hour set on Friday. Though you will never be able to replace the Grateful Dead, the Terrapin Family Band is one of the best tributes that have ever been assembled because it includes both a legendary member of the band, as well as hand selected top notch players who can represent the material better than most. Lesh had a grin ear to ear during the sets.

Another name germane to the roots world who turned in landmark performances was Cedric Burnside. The son of R.L. has been well-known to the deep blues world for many years, but what he’s been doing over the last few is something other worldly. He begins on guitar and singing, he then converts to playing drums, which is his natural instrument. “Soul” is usually not a word reserved for drummers, but Cedric Burnside embodies it behind the skins.

Putting together great sets of music is one thing. Putting together moments where people remember where they were when big moments happen is another. 2019 Pickathon accomplished both. 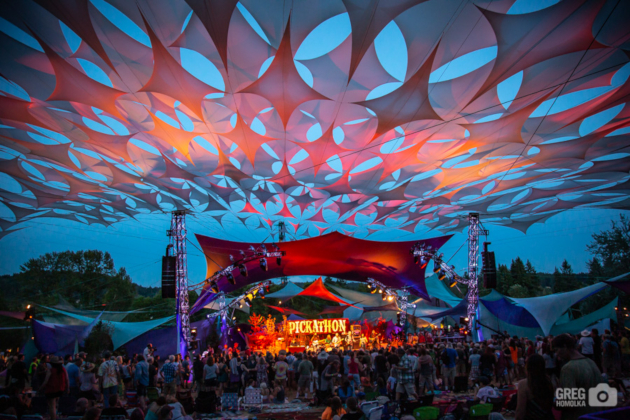 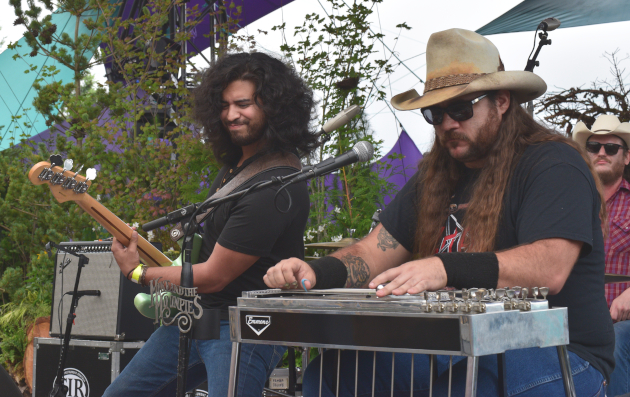 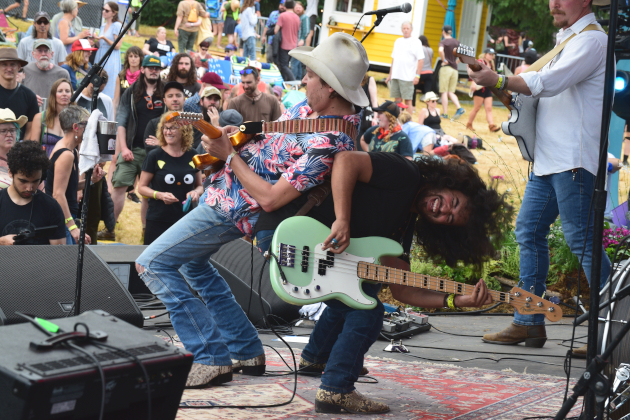 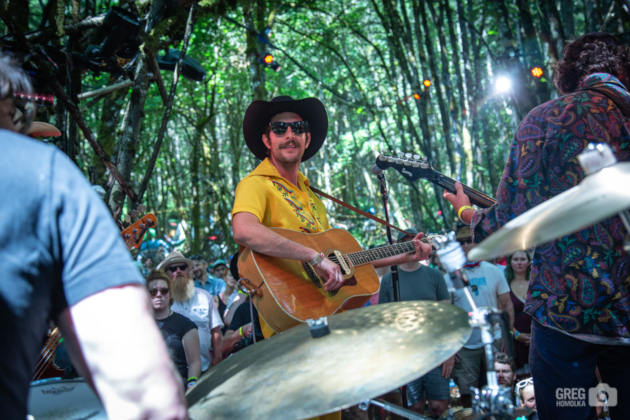 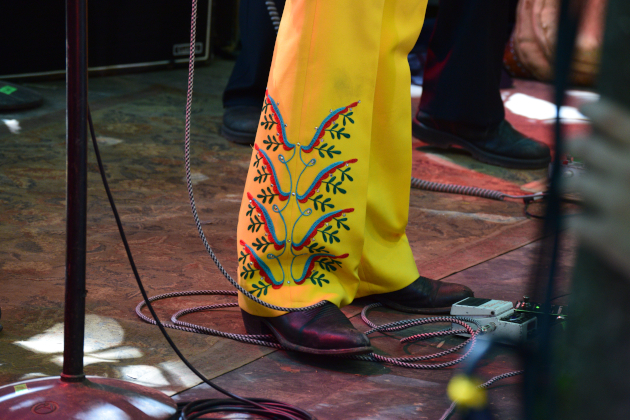 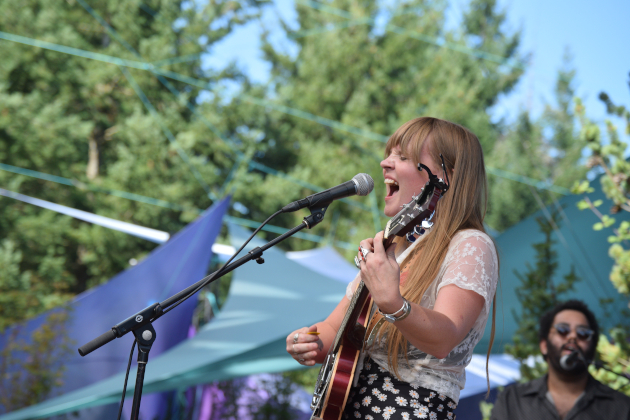 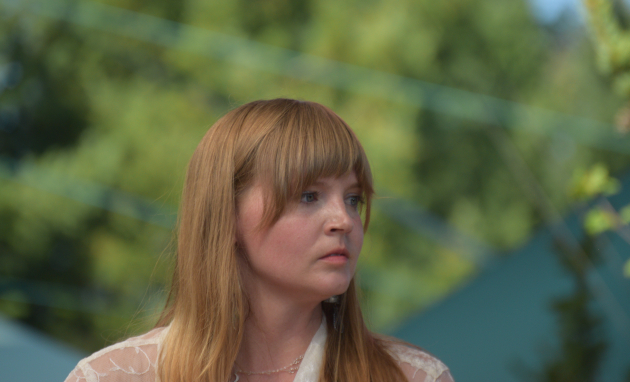 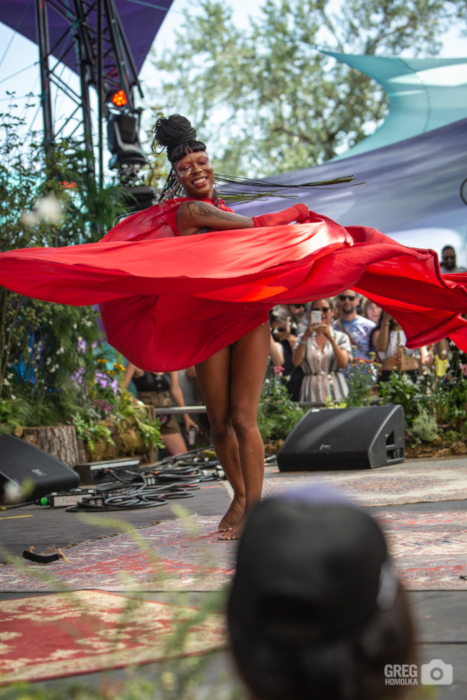 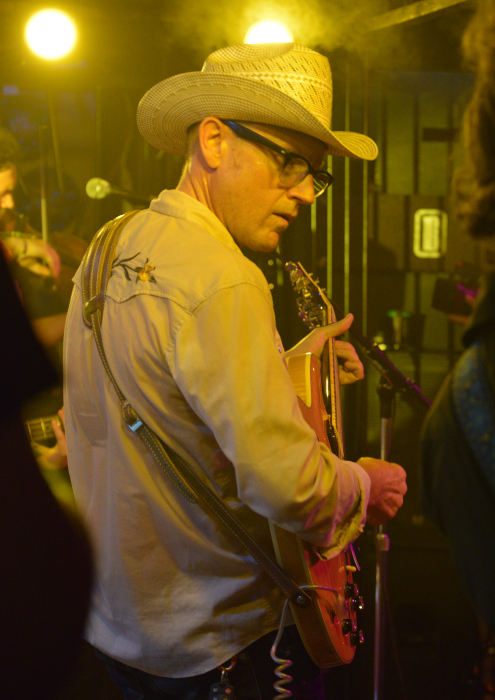 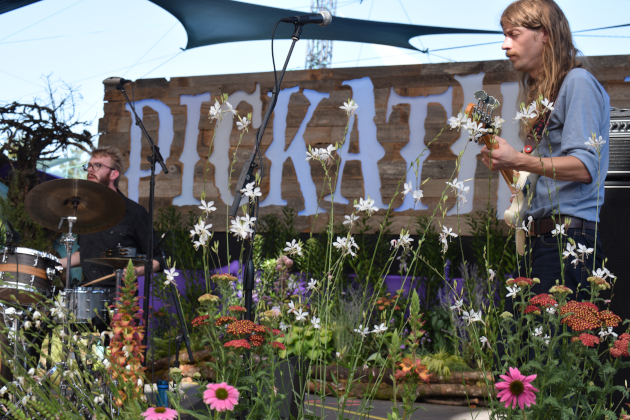