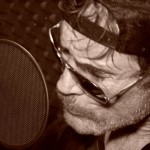 Legendary country music songwriter Billy Don Burns, who over his 40 year career has written songs for Willie Nelson, Connie Smith, Sammy Kershaw, and many others has partnered up with Rusty Knuckles Records and will be releasing a new album this summer, Nights When I’m Sober (The Portrait of a Honky Tonk Singer), tentatively set for a July 10th release.

“This kid from South Carolina, Aaron Rodgers, ran me down and told me he was a big fan and wanted to produce a new CD on me.” Billy recently told Outlaw Magazine. “We did that and I am proud of it and I think it is one of my best ones.”

Rusty Knuckles, the home of acts like Hellbound Glory, Jay Berndt, and Ronnie Hymes found it hard to say no when a call from Billy Don came in. “What happens when you get a phone call by an underground legend whose songs have been recorded by individuals such as Willie Nelson and produced albums by Merle Haggard, Tanya Tucker and Johnny Paycheck? Here is what we did, we asked Billy Don Burns to join the team and allow us to release his next album.”

Billy Don Burns produced both a gospel album and a live album for Johnny Paycheck in the late 80’s, both that remain unreleased in one of the many story lines where Billy Don is rubbing elbows with big names and on the right side of real music.

In March, as Hellbound Glory was touring through North Carolina, Rusty Knuckles assembled their version of the Million Dollar Quartet, calling up Billy Don and Ronnie Hymes for a Barn Party Jam Session in Raleigh. Rumor has it some video was taken from the session that will be released in the future.

Stay tuned for more info on Nights When I’m Sober.